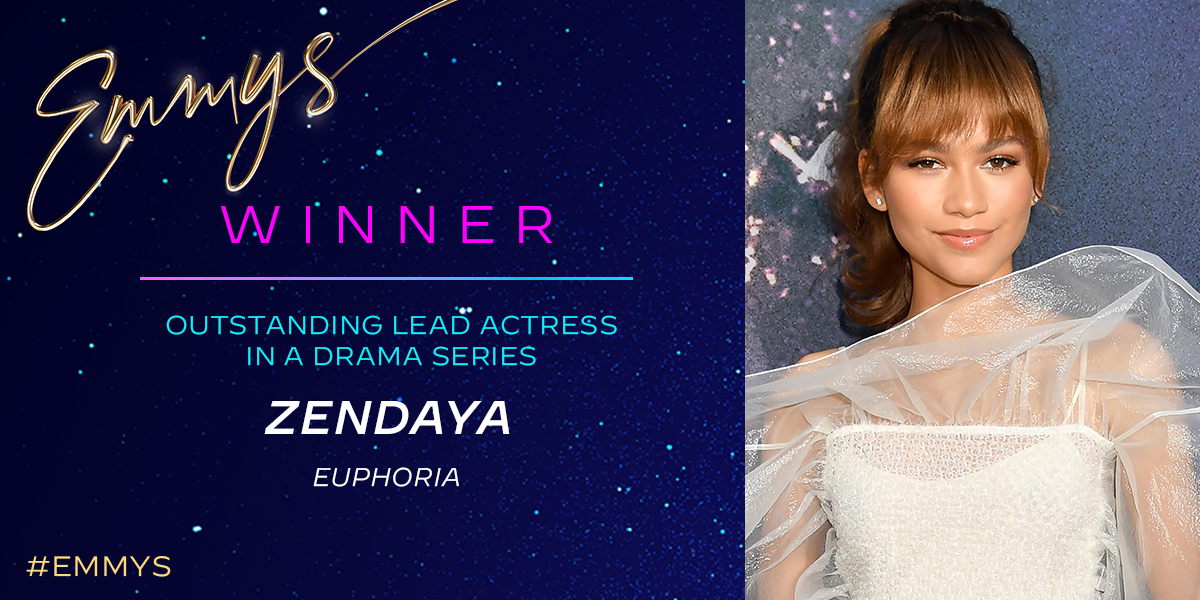 I told my readers to "Stay tuned for the next installment about Emmy winners of color that I promised in 'Watchmen' leads diversity in 2019-2020 Emmy winners for MLK Day" at the end of CNBC, The Economist, CBS This Morning, and Retail Archaeology explain GameStop, a serious tale of the stock market and Retail Apocalypse. For the last day and final Sunday of January 2021 (Yay, we've made it through the first month!), I'm following through with winners from drama series, including short form, beginning with Outstanding Lead Actress in a Drama Series. Time to revisit my predictions.

For the last time this post, I recycle to begin my analysis.

"Euphoria" is the least overtly political of the nominees, but the setting is East Highland High School, a public institution, so a government facility is the setting. Remember, public education, like law enforcement and the military, is part of government.

Jodie Comer won this award last year, much to my surprise, so she's the nominal favorite. Her strongest competition appears to be Laura Linney from "Ozark," who won the equivalent category at the Gold Derby Awards, and Oscar winner Olivia Colman. Of the three of them, I'm hoping for Linney.

I thoroughly discounted Zendaya and I was wrong to do so. Watch 72nd Emmy Awards: Zendaya Wins for Outstanding Lead Actress in a Drama Series from the Television Academy.

Zendaya wins the Emmy for Outstanding Lead Actress in a Drama Series.

I think she was as surprised as I was. Just the same, I enjoyed her acceptance speech and the other nominated actresses appeared to be equal parts good sports and genuinely happy for her. Congratulations!

By the way, this isn't the first time Zendaya surprised me at an awards show. The first was the 2019 Saturn Awards when she won Best Supporting Actress in a Film for her role in "Spider-Man: Far from Home." I came close, as I wrote "If someone can persuade me of the merits of Zendaya, I might change my vote, but they only have a week." No one did and I wish they had.

Follow over the jump for the rest of the drama winners. 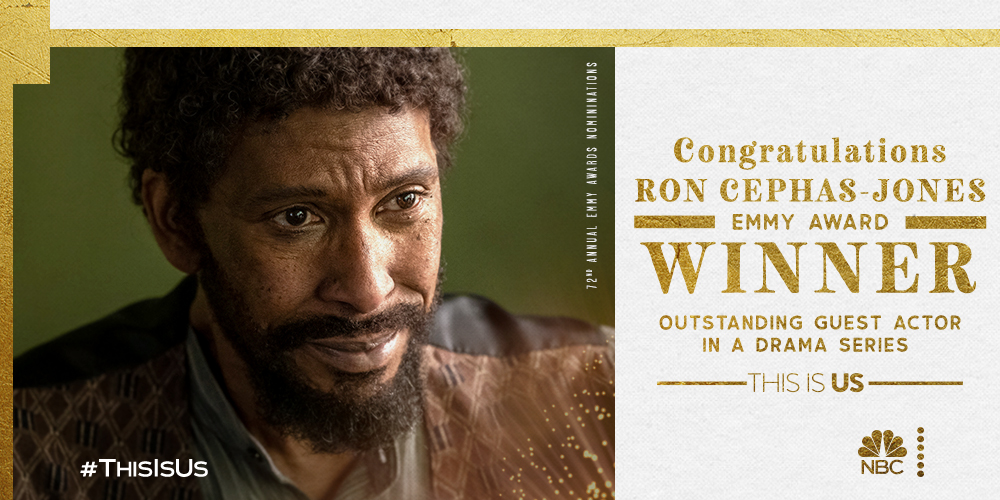 I also missed the next winner, Ron Cephas Jones, who won Outstanding Guest Actor in a Drama Series for his role as William Hill on "This Is Us." I forgot that he won for this role before. Watch this video from three years ago: Ron Cephas Jones wins Emmy Award for This Is Us (2018).

Ron Cephas Jones's acceptance speech after winning the Emmy Award for "Outstanding Guest Actor in a Drama Series" for playing William on Season 2 of This Is Us.

While I covered Ron Cephas Jones's win in Diversity a winner at the Creative Arts Emmy Awards, seeing his acceptance speech makes it an entirely different experience, which it was from this year's remotely presented affair. Speaking of which, here was my analysis of this year's category from Star Trek vs. Star Wars — futuristic politics and government at the Creative Arts Emmy Awards.

Jason Bateman as Terry Maitland on The Outsider (Episode: "Fish in a Barrel") (HBO)
James Cromwell as Ewan Roy on Succession (Episode: "Dundee") (HBO)
Giancarlo Esposito as Moff Gideon on The Mandalorian (Episode: "Chapter 8: Redemption") (Disney+)
Ron Cephas Jones as William Hill on This Is Us (Episode: "After the Fire") (NBC)
Andrew Scott as Chris Gillhaney on Black Mirror (Episode: "Smithereens") (Netflix)
Martin Short as Dick Lundy on The Morning Show (Episode: "Chaos Is the New Cocaine") (Apple TV+)

I've been impressed with Giancarlo Esposito ever since I watched him play the antagonist in Revolution eight years ago. He was even more scary now and promises to be a great villain for season 2. That written, I was even more impressed by Jason Bateman as Terry Maitland in "The Outsider," so I think he will win instead.

I was so blinded by the nominees from speculative fiction series that, as I mentioned above, I forgot Ron Cephas Jones had not only won for this role before but had been nominated four consecutive years for it. That normally enters into my handicapping of awards show categories, but didn't this year. May I not make that mistake again.

Speaking of mistakes, I almost forgot to include the next two categories, thinking I had already covered both winners. I hadn't, so here they are. Good thing I double-checked! 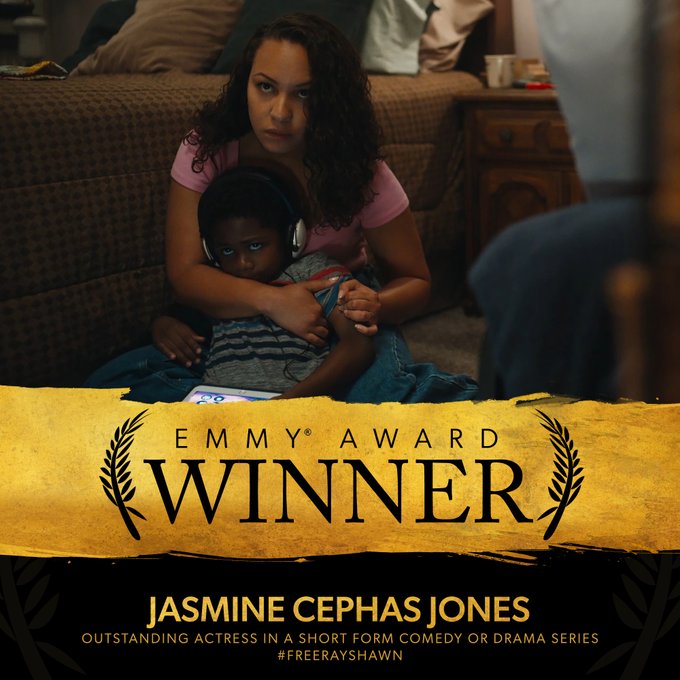 I'm reversing the order I covered the acting nominees in 'Short Treks,' '#FreeRayshawn,' and 'Reno 911!' — government in short form at the Creative Arts Emmy Awards because Ron Cephas Jones had mentioned his daughter Jasmine in his acceptance speech and I wanted daughter next to father.

The two nominees from shows about government in this category are Jasmine Cephas Jones as Tyisha on "#FreeRayshawn" and Kerri Kenney-Silver as Deputy Trudy Wiegel on "Reno 911!" I'm not rooting for either of them. Instead, I'm hoping Anna Kendrick wins for her role as Cody on "Dummy." She's the biggest name actress nominated in this category and her performance has received the most buzz. Because of that, I think Kendrick is also the favorite.

I picked the wrong actress from the wrong Quibi show. Watch 2020 Creative Arts Emmys: Actress in a Short-Form Comedy or Drama Series.

Jasmine Cephas Jones from #FreeRayshawn wins the Emmy for Outstanding Actress in a Short-Form Comedy or Drama Series.

After watching that clip, I can see why she won. I'll be sure to take Jasmine Cephas Jones seriously at future awards shows. That written, congratulations to both Ron and Jasmine Cephas Jones for their wins and for being the first father-daughter duo to win Emmys in the same year!

Jasmine Cephas-Jones thanked Laurence Fishburne in her acceptance speech, so here's his. 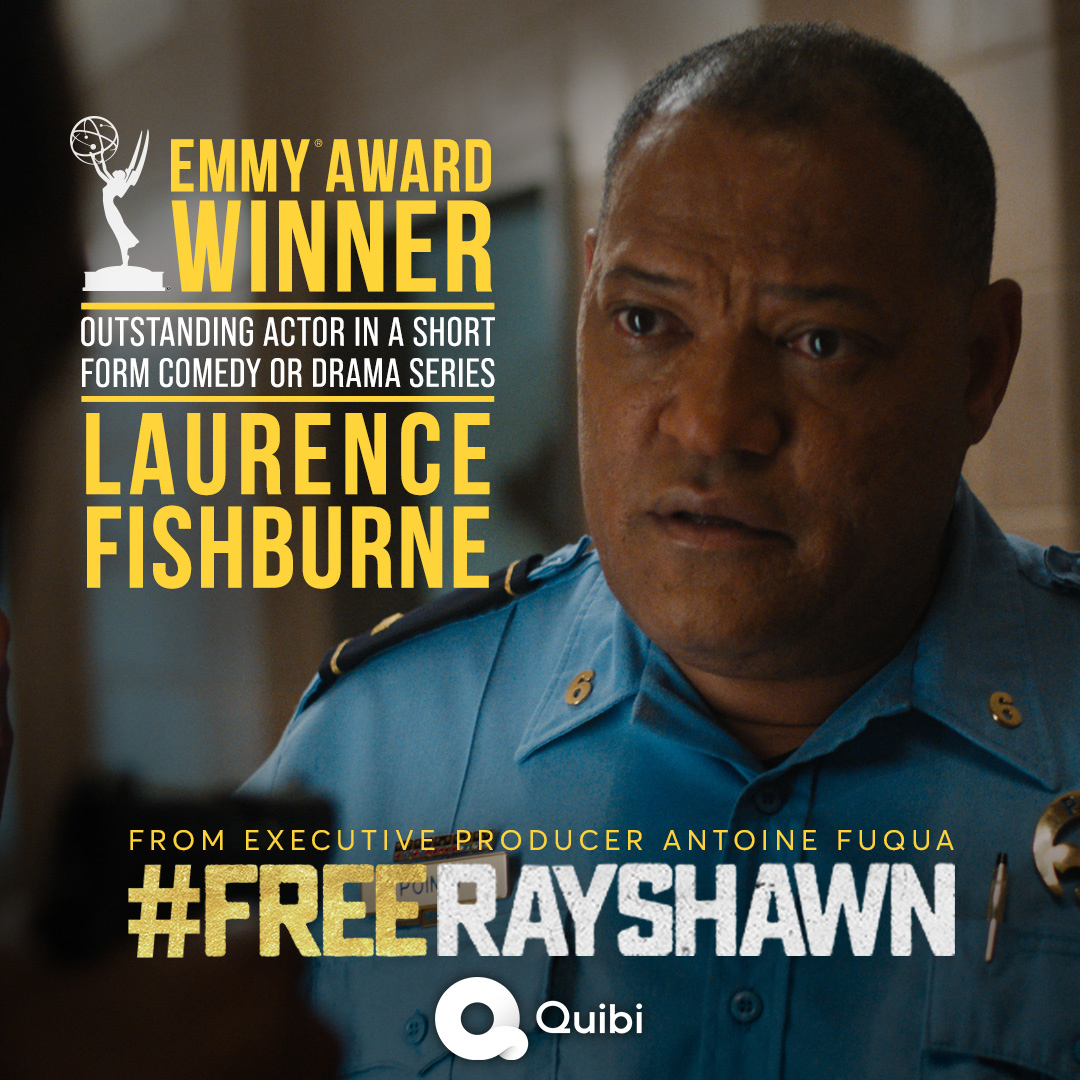 Neither "Star Trek: Short Treks" nor "Reno 911!" earned a nomination in this category. Instead, the most nominated short form comedy or drama series, "#FreeRayshawn," earned two for Laurence Fishburne and Stephan James. Of the two, Laurence Fishburne is the bigger name actor and is one portraying a government official in Lt. Steven Poincy, so he's the nominee I'm rooting for. However, I don't think he's the favorite. Instead, I think Christoph Waltz as Miles Sellers gave the more compelling performance and doesn't have to share attention with another actor in his own series, so he's the nominee I expect to win.

I'm glad I was wrong about who the Television Academy would choose as I got my pick instead. Watch 2020 Creative Arts Emmys: Actor in a Short-Form Comedy or Drama Series.

Laurence Fishburne of #FreeRayshawn wins the Emmy for Outstanding Actor in a Short-Form Comedy or Drama Series.

Congratulations to Fishburne on his fourth Emmy, the second for acting, and the rest of the actors I featured today! 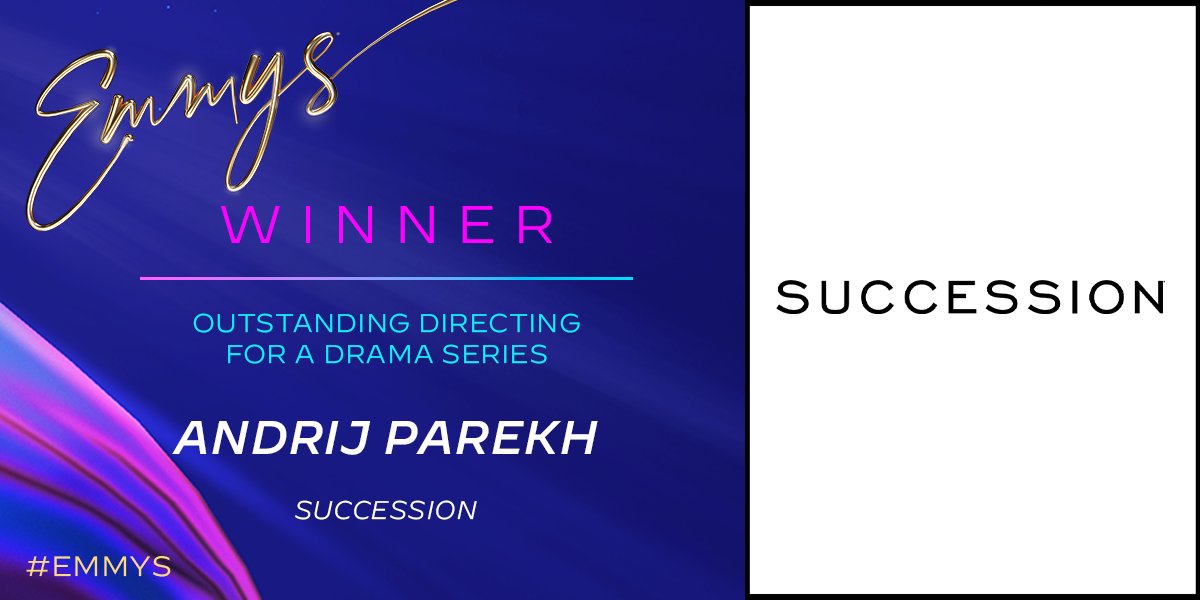 I conclude by returning to drama series and recognizing a winner for his work behind the camera.

"Ozark" won this last year and "The Crown" the year before that, so I would say that they are the nominal favorites. However, those were different directors, so I'm not so sure about that. I wouldn't be surprised if "Succession" pulls off an upset.

It did. Watch 72nd Emmy Awards: Andrij Parekh Wins for Outstanding Directing for a Drama Series.

Andrij Parekh wins the Emmy for Outstanding Directing for a Drama Series.

That's it for drama. Stay tuned for comedy!

Previous posts about the 2020 Primetime and Creative Arts Emmy Awards
Posted by Pinku-Sensei at 2:33 PM