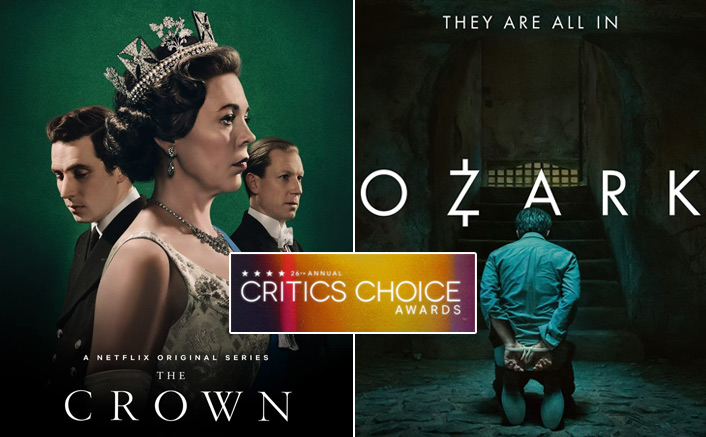 I concluded Bright Sun Films and Business Insider on the General Motors bankruptcy, a story I tell my students by telling my readers "Stay tuned for the series nominees for the 26th annual Critics Choice Awards in tomorrow's Sunday entertainment feature as I promised in the footnote to 'Watchmen' leads diversity in 2019-2020 Emmy winners for MLK Day." I begin with the most nominated series from the Critics Choice Association (CCA) press release.

As I did for the Critics Choice Super Awards, I'm examining the nominees that have politics and government as their themes and settings. It turns out all but one category has nominees that touch on one or both.

I begin with the categories that recognize the two most nominated series, "Ozark" and "The Crown." 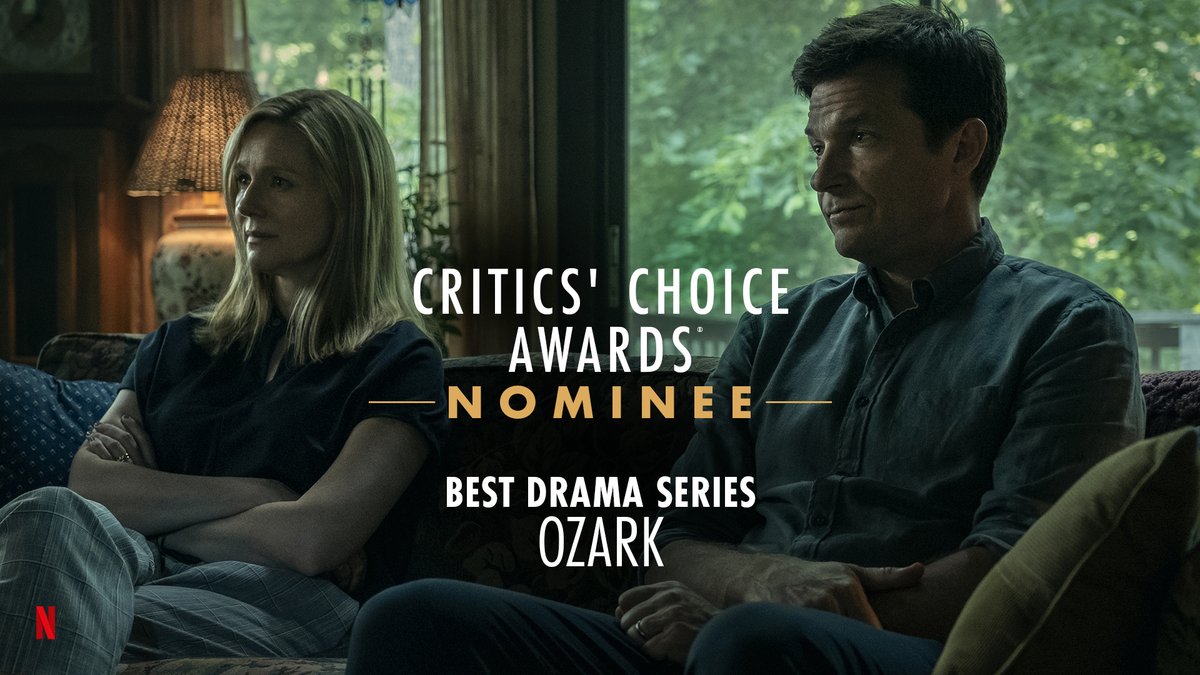 Every nominated drama series other than "This Is Us" either examines some aspect of government or explores political themes, if not both. Time to recycle from 'Watchmen' and 'Unbelievable' lead nominees about politics and government at the 2020 Television Critics Association Awards.

The protagonists of "Better Call Saul" are lawyers, not government employees, but they work in courtrooms and deal with law enforcement, so a government function plays an important part in the show...Both the Galactic Republic and the remnants of the Galactic Empire, which will eventually become the First Order, appear in "The Mandalorian"..."The Crown" continues its dramatization of the reign of Queen Elizabeth II with a new cast. "The Good Fight" resumed this season with less of a focus on resisting Trump and more on other political issues. While it made for a refreshing change of subject, I thought the season was the weakest so far. It didn't help that the final episode ended on a dick joke about Jeffrey Epstein. Yes, really.

"Lovecraft Country"...is very political, being the second speculative fiction program about America's history of racism to use the Tulsa Massacre as a pivotal event after "Watchmen," and encompasses not only horror but science fiction and fantasy as well. "Lovecraft Country" certainly is ambitious!

I was surprised that the CCA classified "Lovecraft Country" as a drama series instead of a limited series, as the protagonist died and the story ended, but it turns out that the producers are negotiating with HBO for a second season, so the CCA will have made the right decision should HBO greenlight a second season. We will most likely know when the Television Academy announces the nominations for the 2020-2021 Emmy Awards.

Finally, "Perry Mason," like "Better Call Saul" and "the Good Fight," is a legal drama, so government and law create the courtroom setting.

The winner will likely be one of the two most nominated series, "Ozark" or "The Crown." I'm personally rooting for "Ozark," but I think the prior nomination history favors "The Crown," as it, "The Good Fight," and "This Is Us" earned nominations last year and twice won the Golden Globe for Best Television Series - Drama. Then again, electorates matter as I keep writing about awards shows and the CCA could surprise me. For example, I suspect there is significant overlap between the the CCA and the TCA, at least for the television voters, and they awarded Outstanding Achievement in Drama to "Better Call Saul" two years ago, so I would not be surprised if that happens here. Also, "Lovecraft Country" and "The Mandalorian" won their categories at the Critics Choice Super Awards, so I wouldn't count them out, especially "Lovecraft Country." As I wrote above, the show is ambitious and the critics might reward that ambition.

Follow over the jump for the rest of the categories with nominees that have themes of politics or government. 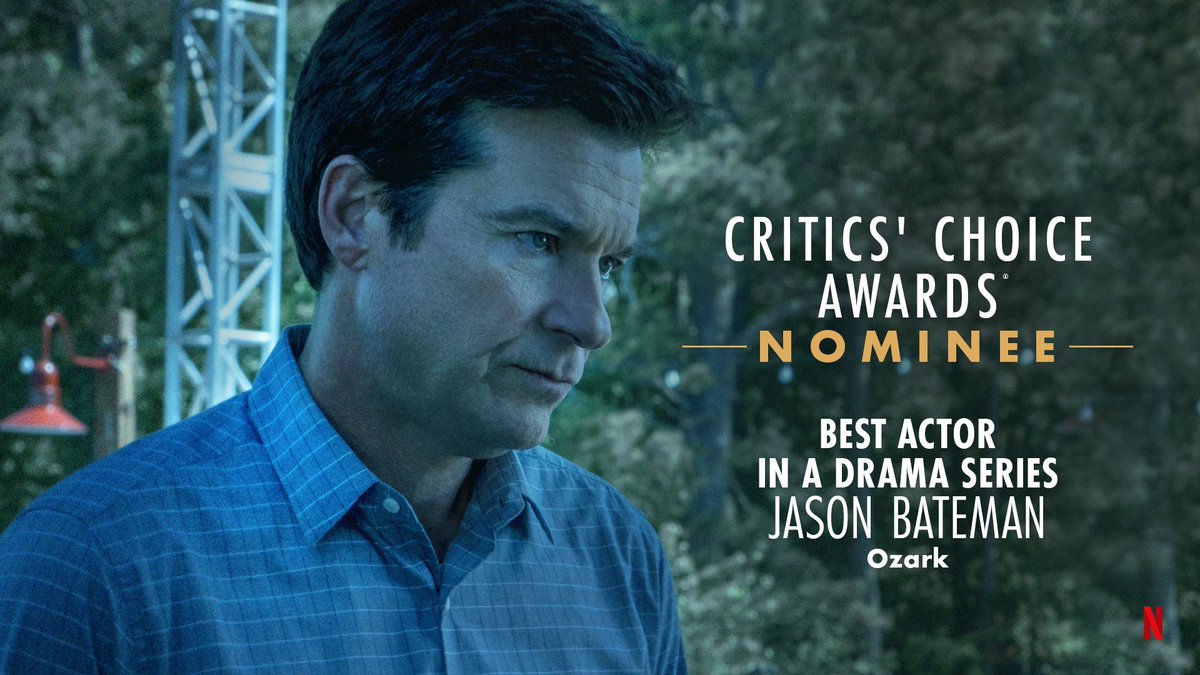 BEST ACTOR IN A DRAMA SERIES

Without Jeremy Strong of "Succession," last year's winner and the winner of Outstanding Lead Actor in a Drama Series at the Emmy Awards, this is a wide open field. While "Ozark" and "The Crown" both have nominees in this category, I'm not sure that match-up between the two most nominated shows is the one to watch. Instead, I expect the nominees to watch are the previous Emmy winners, Sterling K. Brown and Matthew Rhys. Of the two, Sterling K. Brown is the only repeat nominee from last year. Normally, that would make him the favorite if all things were equal. I doubt they are, so my choice is Matthew Rhys as Perry Mason. Just the same, I'm rooting for Jason Bateman, even though I don't think he'll win. 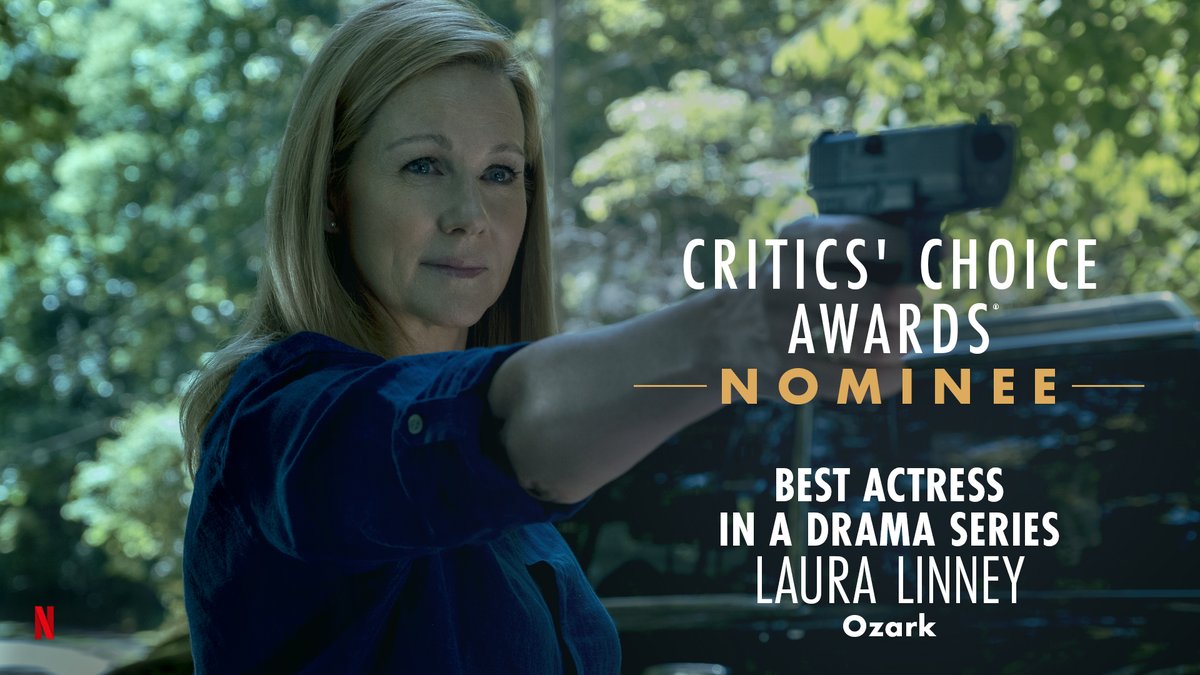 BEST ACTRESS IN A DRAMA SERIES

As much as I enjoy Laura Linney, enough to root for her, and am glad Christine Baranski earned a nomination, I think Oscar, Golden Globe, and Critics' Choice Award winner Olivia Colman as Queen Elizabeth II is the favorite unless the critics think that Emma Corrin as Diana stole the show. 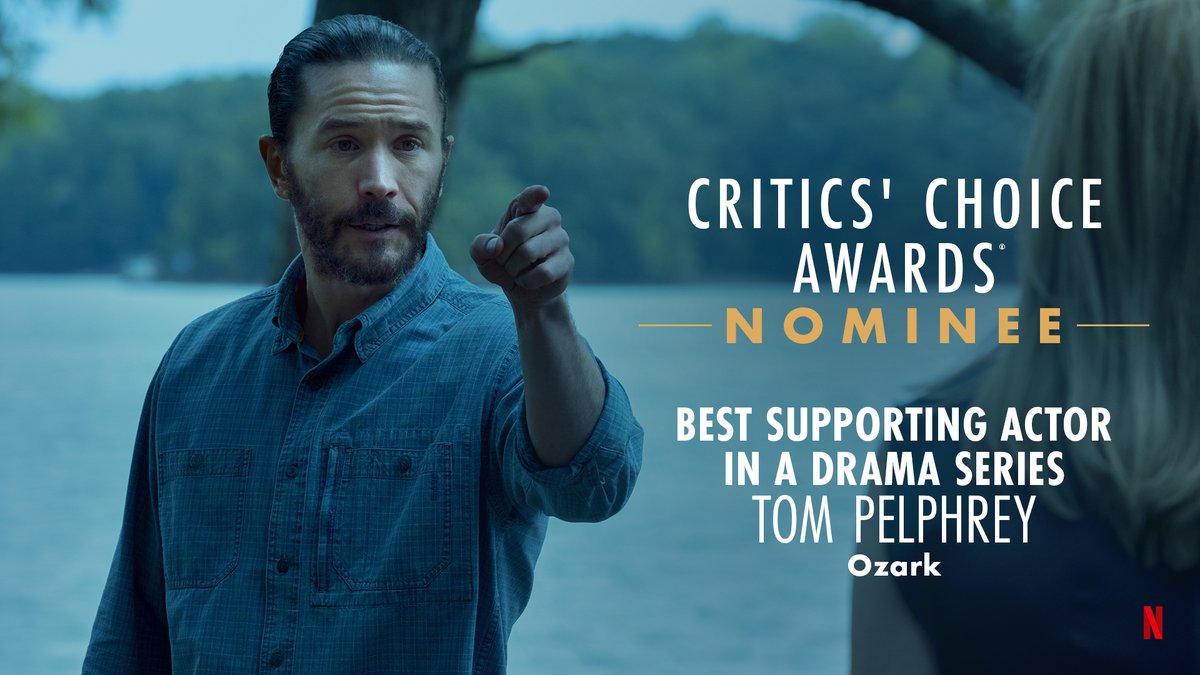 Just like the critics showed that electorates matter by nominating Christine Baranski while the Television Academy ignored her and everyone else associated with "The Good Fight," the critics corrected the Emmy snub of Tom Pelphrey for his role in "Ozark" by nominating him here. As for who they will vote for, I think it's between Tobias Menzies and John Lithgow. 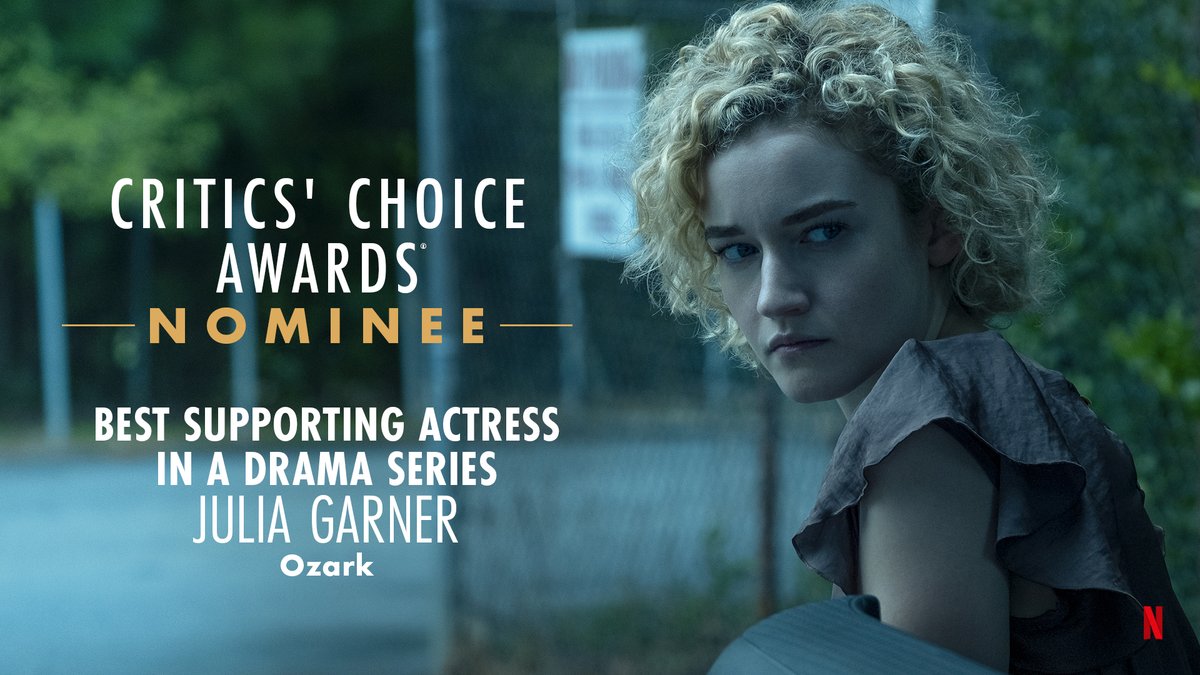 This is a very competitive category that is completely wide-open, as none of last year's nominees were re-nominated. My personal pick is two-time Emmy winner Julia Garner from "Ozark," but she faces really tough competition from the rest of the field, especially Gillian Anderson of "The Crown." I wouldn't count out any of the rest of the field, including Rhea Seehorn from "Better Call Saul." Speaking of Seehorn... 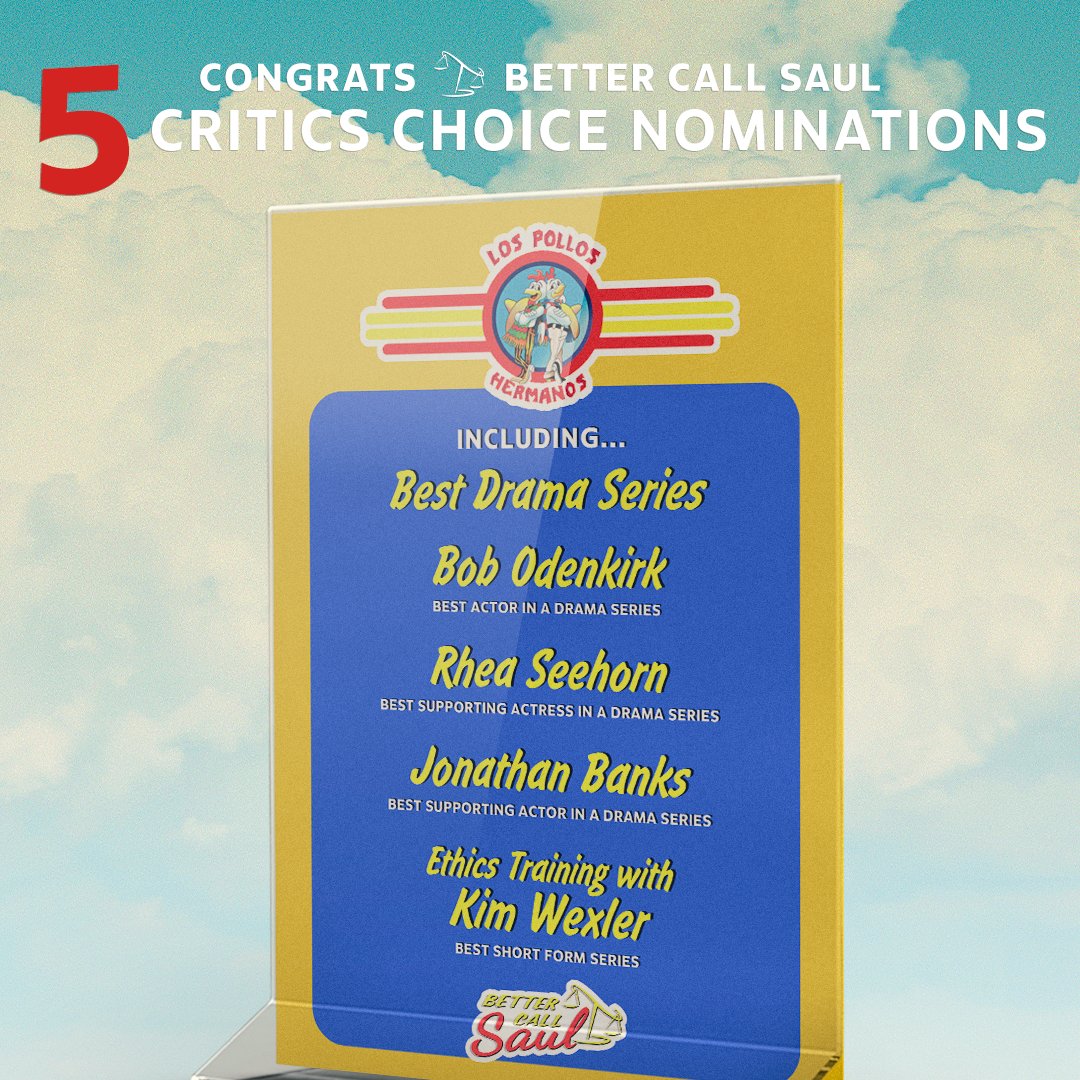 This field looks a lot like the the short form nominees at the Creative Arts Emmy Awards. Because of that, I think Rhea Seehorn's series "Better Call Saul: Ethics Training with Kim Wexler," which won the Emmy award for Outstanding Short Form Comedy or Drama Series, is the favorite here. The nominee that might surprise by winning is "Tooning Out the News," a hilarious animated parody of a Sunday news talk show.

That's it for the drama and the short form series nominees. Stay tuned for the comedy, limited series, and talk show nominees throughout the week.
Posted by Pinku-Sensei at 8:11 PM