For National Presidential Joke Day, I present the variety talk show nominees at the Emmy Awards 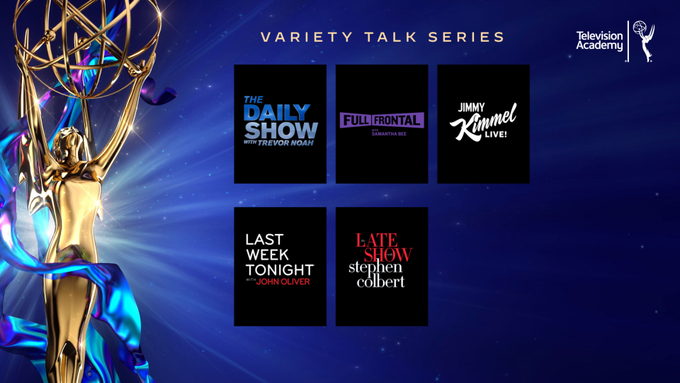 Happy National Presidential Joke Day! To celebrate, I am covering Emmy nominations of shows that make jokes about the President, which are variety talk shows. To begin, here are the nominations from the 72nd Primetime Emmy Awards entry on Wikipedia.

The favorite is "Last Week Tonight with John Oliver," which won four Emmy Awards last year and is the four-time returning winner in this category. It also has the most nominations this year, eight. Next comes "The Daily Show with Trevor Noah" with five, six counting "Between the Scenes," followed by "Full Frontal With Samantha Bee" with two, four if one counts her short form shows, putting her ahead of "The Late Show with Stephen Colbert" and "Jimmy Kimmel Live!" each with three and that last only if one counts Kimmel's short form spinoffs. As I wrote last year, "Last Week Tonight with John Oliver" leads variety talk shows in Emmy Awards nominations yet again.

Follow over the jump for the variety talk show nominations listed at the Wikipedia entry for the 72nd Primetime Creative Arts Emmy Awards. 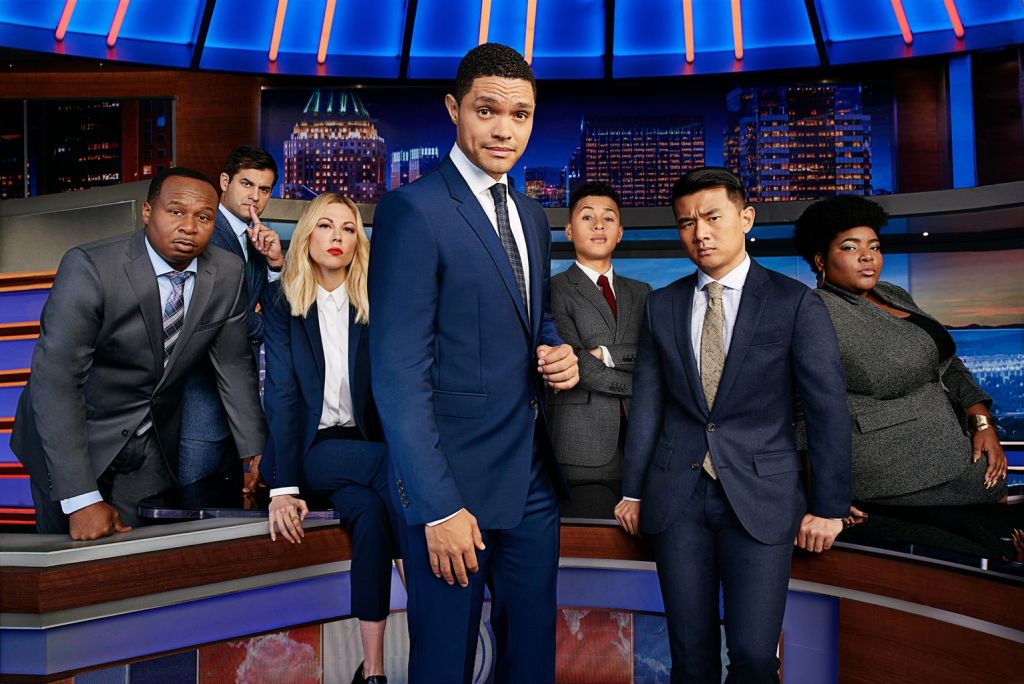 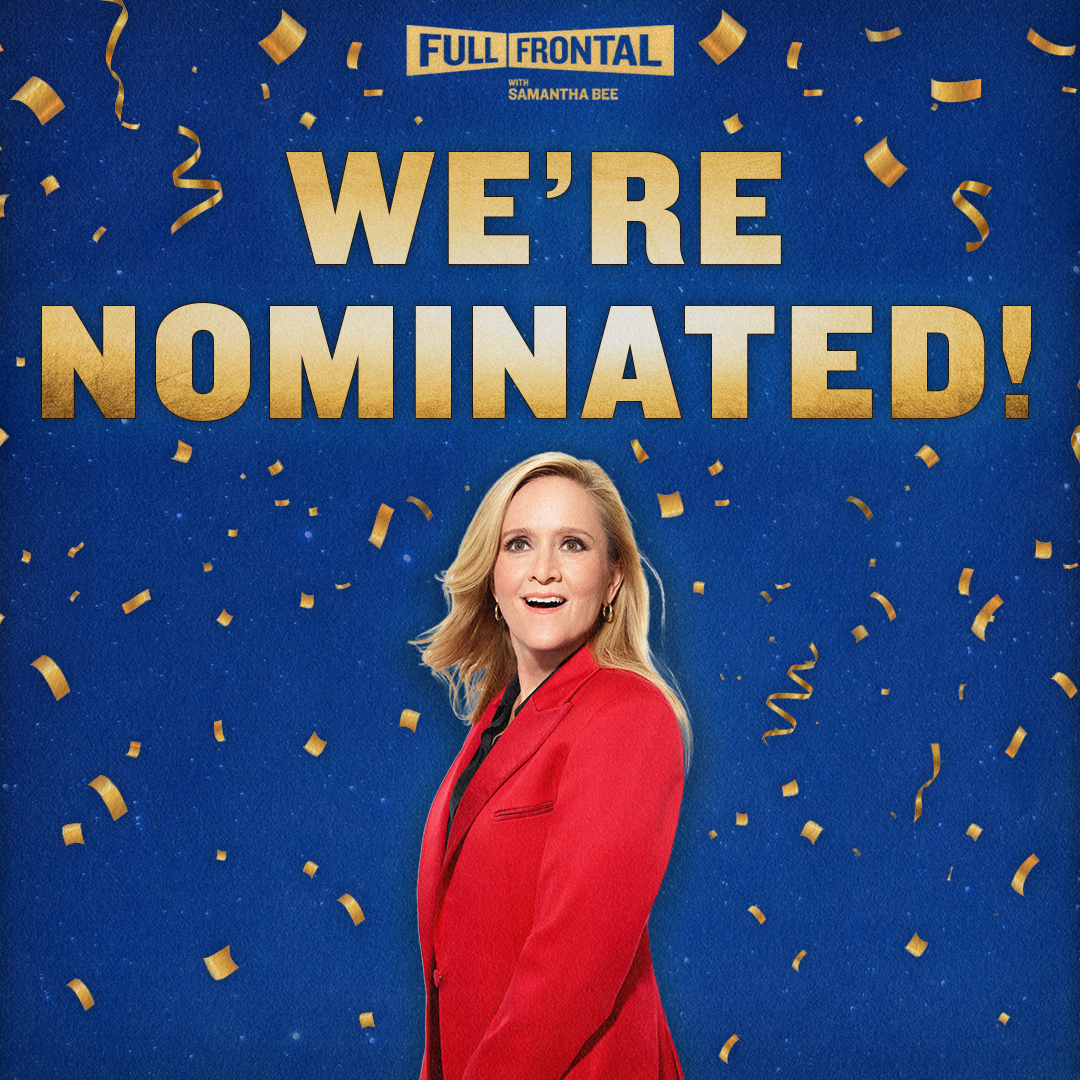 The variety talk nominees here are Samantha Bee and Jimmy Kimmel. Between the two of them, I'd favor Bee. However, "Carpool Karaoke: The Series" is the returning winner, so I think it's the actual favorite. It's also the only nomination for James Corden as a producer, who has no other nominations. That's quite a change from two years ago, when I wrote I learned not to dismiss James Corden. Finally, I'm thrilled to see Randy Rainbow earn a nomination. I should get around to embedding his hilarious videos here one of these days. 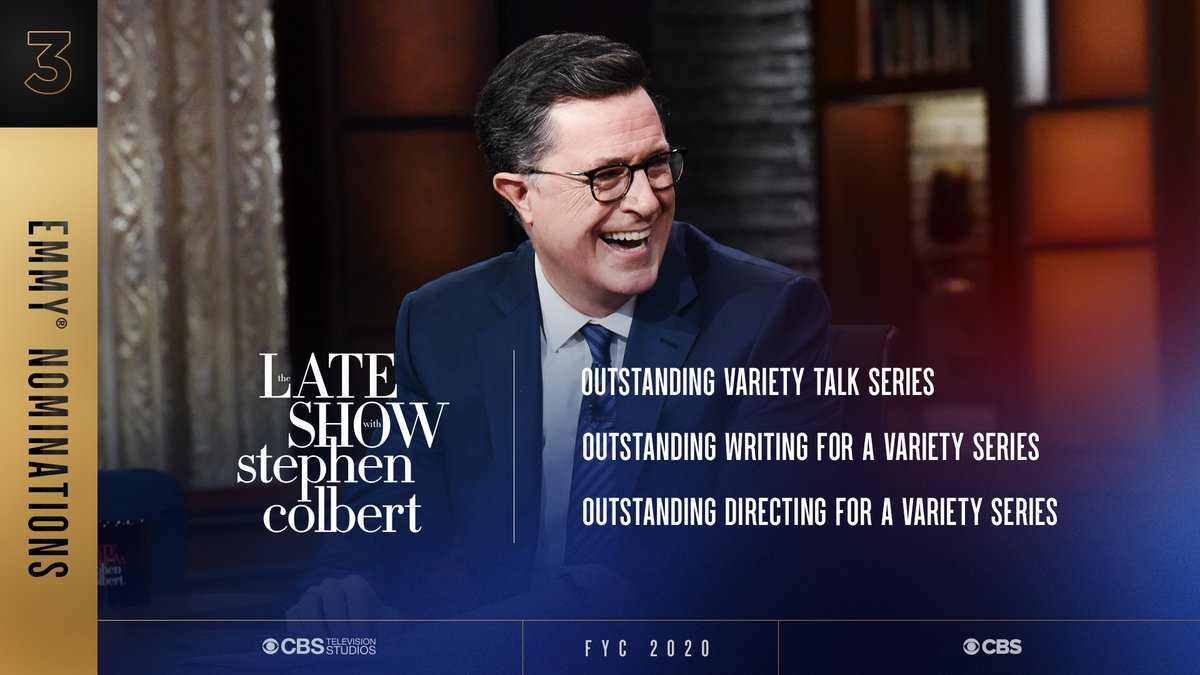 "Last Week Tonight with John Oliver" is the returning winner in this category and has won it four years in a row, so I consider it the favorite. All of the other nominees for Outstanding Variety Talk Series have nominations here except for "Jimmy Kimmel Live!" Instead, "Late Night with Seth Meyers" has the slot. Meyers also has another nomination for writing.


Outstanding Writing for a Variety Special

Wow! No matter who wins, Netflix does as well. As for who I'd bet on, it would be between Dave Chappelle and Patton Oswalt.

Just as it has for Outstanding Variety Talk Series and Outstanding Writing for a Variety Series, "Last Week Tonight" has won this four years in a row, so it's the favorite. My only concern is that its two nominations might split the vote and let another nominees slip past.


Outstanding Sound Mixing for a Variety Series or Special

As I wrote in 'Tiger King' vs. 'McMillion$' — big cats and true crime at the Emmy Awards for World Lion Day, "my experience is that music [programs] have the best track record in sound categories," which makes the "62nd Grammy Awards" the favorite with "The Oscars" close behind. 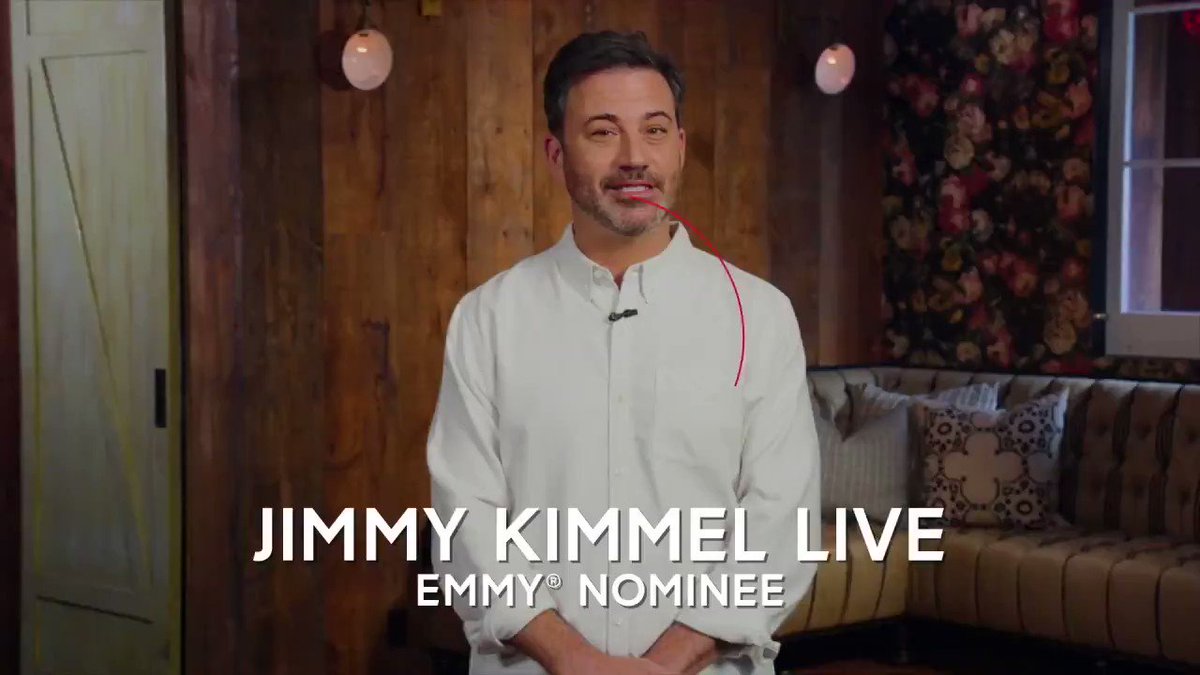 When I watched this episode, I had a feeling that the song would earn an Emmy nomination. I'm glad to see that I was right. Here it is: Last Week Tonight: Eat Shit, Bob: The Musical.


Now that's the way to end a season!
Posted by Pinku-Sensei at 1:40 PM