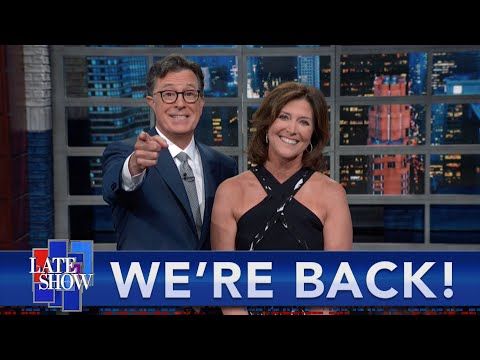 I made the following observation in Colbert and Meyers lampoon 'Italygate' and debunk Trump's backwards pants.

While going back to the studio is more good news about the pandemic, I can tell Stephen is getting punchy from cabin fever after fifteen months of recording his show from home, but I think that made his monologues even more hilarious. Still, I will miss hearing his wife and crew laughing in the background when he returns to the studio next week. Stephen might also miss being able to do his show from home while wearing shirtsleeves and slippers.

Not only was Stephen getting punchy from cabin fever, so were his fans. Watch 460 Days Later, Stephen Colbert Returns To THE Late Show Stage With A Full Audience.

Bask in the moment as Stephen Colbert, after 15 long months spent broadcasting from places like his bathtub, his spare bedroom, and a storage closet, kicks off a new era of The Late Show by bringing it back where it belongs: on stage at the Ed Sullivan Theater in front of a loud, rowdy and fully-vaccinated studio audience.

I stopped worrying that so many people without masks that close together would run the risk of turning this into a super-spreader event once Stephen announced that they were all fully vaccinated. Good. The audience certainly seemed unworried enough that they gave a great big cheer and chanted "Stephen, Stephen" when he walked onstage. As much as "I will miss hearing his wife and crew laughing in the background," I was happy to see Stephen acknowledge his crew and to watch Evie Colbert come onstage with her husband to tell the audience that Stephen was now all theirs.

As for Stephen missing "being able to do his show from home while wearing shirtsleeves and slippers," he addressed that in last night's cold open, Stephen Colbert Puts His Pants Back On For THE Late Show.

After seeing this, you might want to break those pants out of your closet again.

Song and dance with a pair of pants — welcome to the magic of television! Even that magic couldn't make those pants fit after such a long break. I have a feeling a lot of us will experience our work clothes not fitting as we go back into the office. 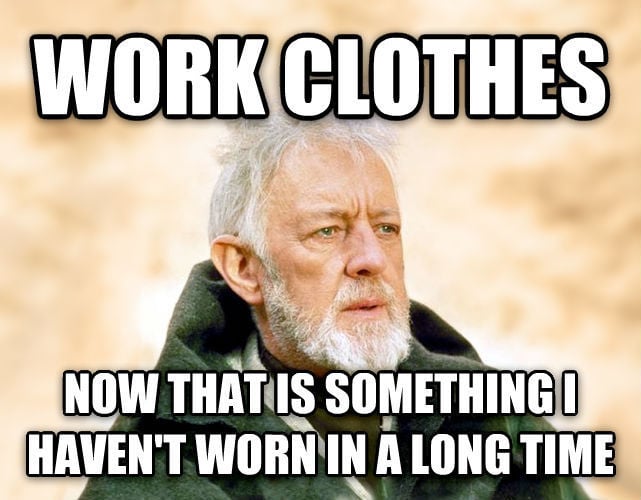