Happy National Donut Day! I skipped celebrating the holiday last year because it was also World Environment Day, but I'm not skipping it today.* I begin this year's observance by recycling my family connection to the donut, which is more legendary than historical. 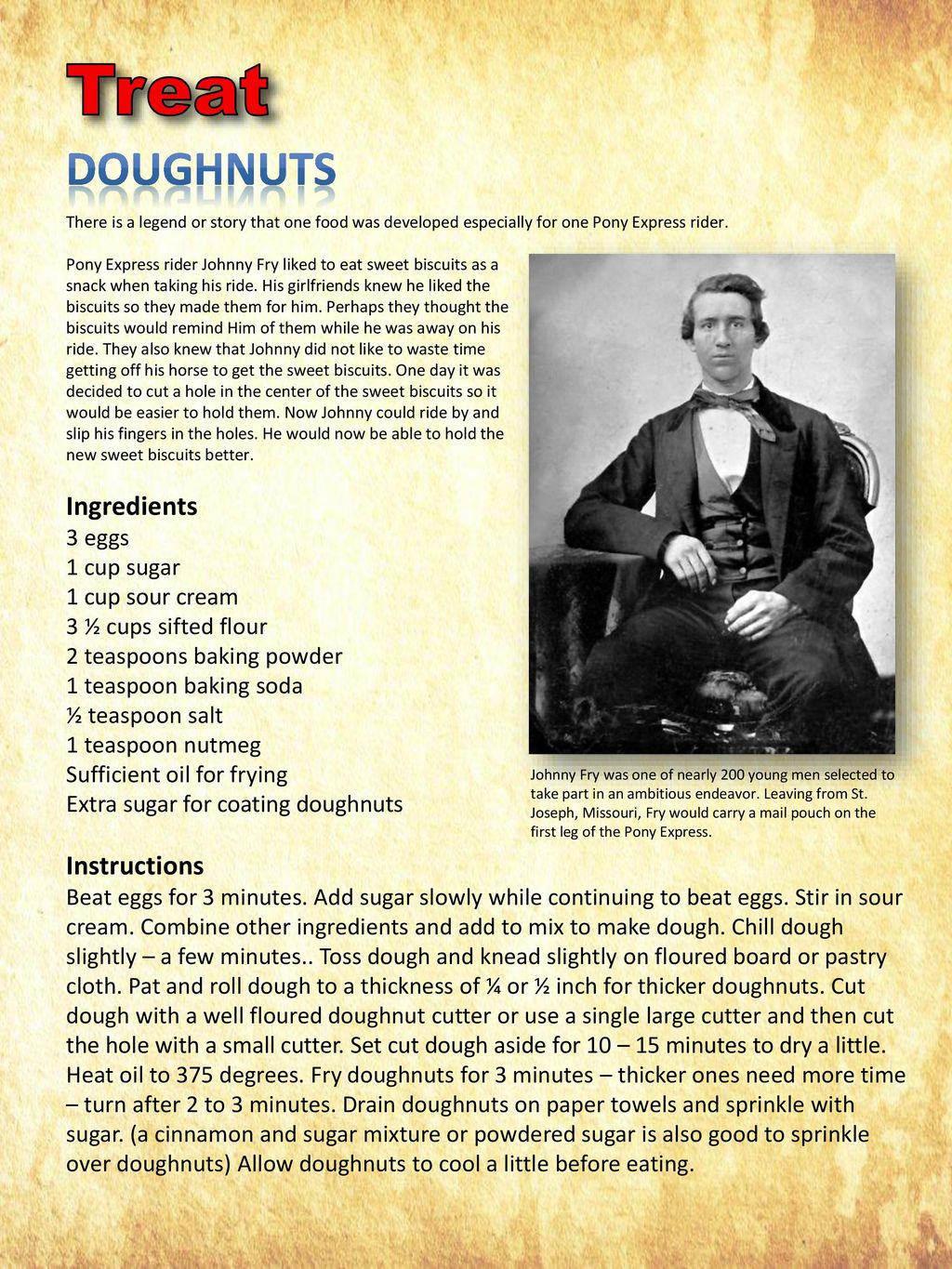 I'm descended from the brother of Johnny Fry, the first Pony Express rider out of St. Joseph, Missouri. He's connected to the origin of donuts.

Fry quickly gained a reputation for never failing to deliver the mail, regardless of weather or danger, and was a fast rider, averaging a speed of 12.5 miles per hour, including all stops. Local lore says that the donut was invented as a cake for Fry to eat while speeding by young girls homes near Troy, Kansas.

This is also family lore. My father told me that the girls would try to give him cakes and cookies, but he rode so fast that when they tried to give them to him, they would just crumble. The solution was a fried cake with a hole in the middle, which he could hook like a ring on a carousel. Thus the donut was invented.

That's a really cool story. Unfortunately, it's not the accepted one. Smithsonian Magazine gives credit to someone else a couple of decades earlier in The history of the doughnut...Johnny Fry and his female admirers are not mentioned at all, not even to debunk the legend. Darn. Just the same, Happy National Donut Day!

That's a legend about the creation of the donut. Now for some actual history about National Donut Day from its creators, the Salvation Army.

“Today is my favorite day of the year because it’s National Donut Day. The Salvation Army has a connection with the donut that you might not know about…”

As I wrote two years ago, "That's right, the Salvation Army created this holiday, not the donut shops, although they are quite content to tag along." WTOL in Toledo, Ohio exemplified this when the morning show hosts started off talking about the Salvation Army founding the holiday, then describing all the donut chains giving out deals in The morning team celebrates National Donut Day!

Today is National Donut Day, one of the morning team's favorite days!

All of my readers who feel like eating a donut, go right ahead. I'll have to beg off because of my diabetes.

*I'll write about World Environment Day tomorrow, entertainment on Sunday, and probably a pandemic update Monday. I'm in an "I can't be all DOOM all the time" mood and I plan on easing out of it over the weekend.
Posted by Pinku-Sensei at 1:28 PM