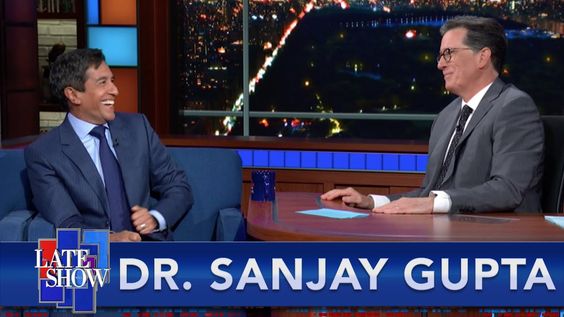 While I posted More good news than bad as NBC reports 600,000 dead in U.S. from COVID-19, a pandemic update last week in response to a count of reports by NBC News, it took until yesterday for Johns Hopkins University's site to record that grim milestone. That's nothing to celebrate. However, good news about continues to outweigh bad news about the pandemic as I return to Stephen Colbert before a live, fully vaccinated audience, who uploaded last night's monologue as States Lift Restrictions And Drop Hygiene Theater As Vaccination Milestones Are Reached.

New York and California announced the end of virtually all pandemic restrictions after both states achieved 70% vaccination, while businesses nationwide continue to drop performative sanitation measures like excessive disinfecting of surfaces.

New York and California achieving 70% vaccination rates and ending or easing most restrictions is good news and Vermont reaching an 80% vaccination rate is great news. Not only will high vaccination rates keep hospitalization and death rates low, they are on the threshold of reaching herd immunity, which will greatly impede transmission. Speaking of easing and ending pandemic restrictions, California Governor Gavin Newsom announcing the "reopening of California" at Universal Studios Hollywood is on par with Disneyland reopening as more than 100 million Americans are fully vaccinated as an acknowledgement that "America is quite clear about its screwed up priorities­. My experience has convinced me that the surest way to get Americans to act is to mess with their entertainm­ent" and "Americans want their entertainment, and will do just about anything to keep it going." He couldn't fight those sentiments, so he joined them.

I'll show a more complete video of Newsom at Universal Studios farther down the post, but first I'm embedding "The Patient Is Still Recovering" - Sanjay Gupta On America Getting Healthy After The Pandemic, who mentioned that 600,000 Americans have died from COVID-19 right up front.

Dr. Sanjay Gupta was one of the last guests we had in the Ed Sullivan theater before the pandemic and tonight he makes a triumphant return to sit down in front of a fully-vaccinated audience! Watch as Dr. Gupta reflects on the last 15 months of the pandemic and what we have to look forward to in the future.

Dr. Gupta shifted from bad news to good news as the interview progressed, as he moved from the number of deaths to the delta variant that originated in India then spread to the United Kingdom then to the United States and then to the vaccines still being effective against it and how the vaccines are a major advancement in medical science.

He and Colbert then discussed "the Wuhan lab-leak hypothesis," which I characterized as one of "two narratives that I want to give as little attention to as possible," which is why I didn't embed Jon Stewart ranting about it in yesterday's post. I still do, but I found Dr. Gupta's listing of the possibilities credible. In particular, his pointing out that the virus came out at 90 miles per hour and his explanation of how that could have happened makes sense. It's not well-supported or widely accepted, but if it turns out to be true, then we have all been living in a real-life ripoff of "The Stand" with the novel coronavirus as Private Trips instead of Captain Trips. That's not how I want life to imitate art.


This video didn't even need Stephen mocking it to be simultaneously epic and ridiculous. Silly as it is, it's still good news.
Posted by Pinku-Sensei at 2:30 PM