Father's Day is this coming Sunday, along with the Summer Solstice, American Eagle Day, and National Seashell Day, so I won't write a conventional Sunday entertainment feature then — too crowded a day. Instead, I'm posting a double edition of baby names from entertainment to make up for the Social Security Administration delaying its release of 2019's baby names until after last year's Father's Day. This year, it released 2020's baby names before this year's Mother's Day, but I went in another direction.

I begin with a graphic of the top ten baby names of 2020 for boys and girls in the U.S. from the Social Security Administration. 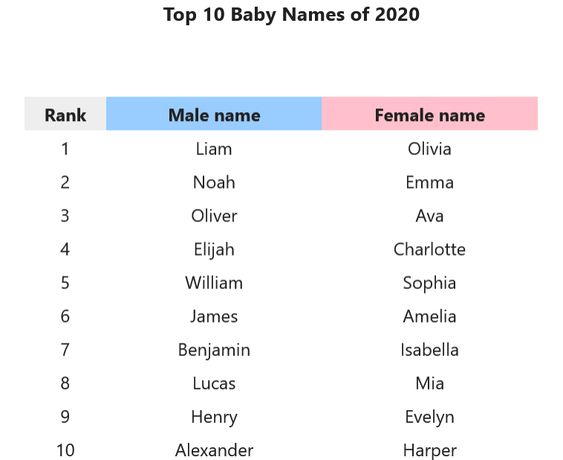 For a more complete list, here are the top 20 names for girls and boys in the U.S. last year. 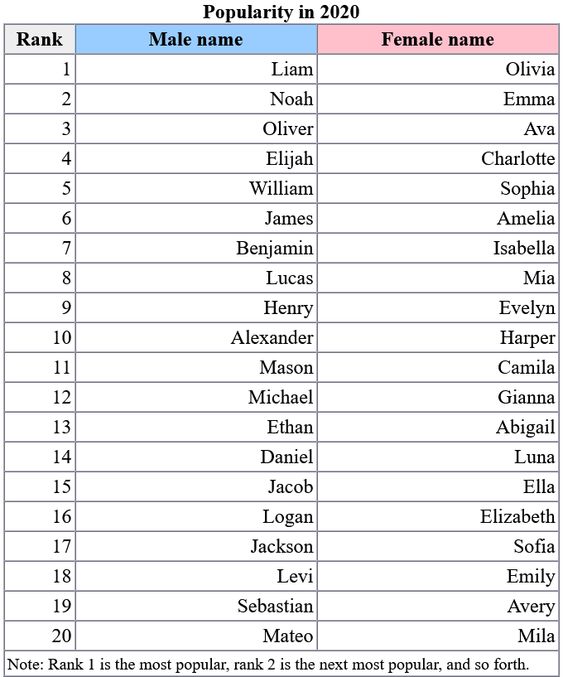 Now, the top twenty baby names of 2019, which the Social Security Administration released last September when I wasn't paying attention. 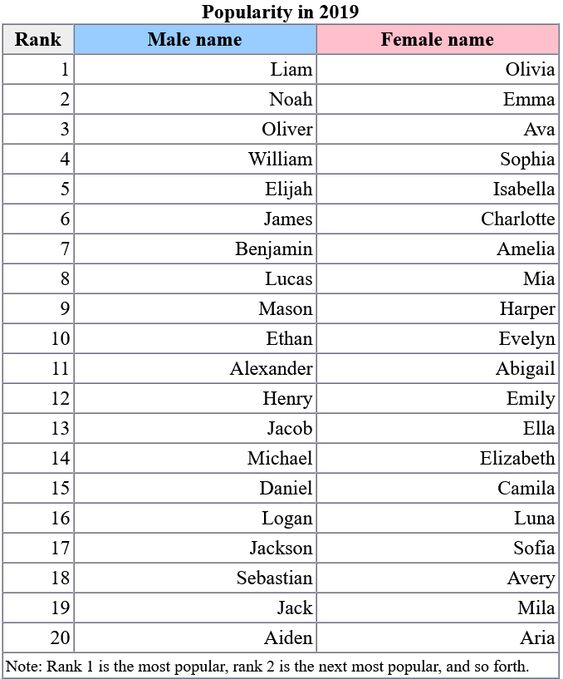 Emma as in Stone and Watson, the top girls name from 2017 and 2018, switched places with Olivia as in Pope from "Scandal," while Liam, as in Hemsworth and Neeson, held on to the top spot for boys. Ava, as in DuVernay, remained in third. Logan, Wolverine's legal name, fell out of the top ten entirely to sixteenth. Mateo, the name of Jane's son in "Jane the Virgin," rose to twentieth in 2020 from 26th in 2019 and 37th in 2018. By the way, both Jane and Xiomara, the character's grandmother's name, continued gaining in popularity. Both had their best years this century, with Jane climbing to 277 in 2019 and 265 in 2020, while Xiomara rose to 652 in 2019 and 606 in 2020. Considering the show ended its run on the CW in 2019, these names serve as testament to its continued popularity.

I could go on with Game of Thrones and Star Wars names, but this blog is a hobby and I have work to do. Some other time. In the meantime, I might do something more serious tomorrow, like falling birth rates. Stay tuned.
Posted by Pinku-Sensei at 2:59 PM