The matchup is between "The Last Ice" and "Nature: Cuba's Wild Revolution," each with three nominations. The spoiler would be National Geographic's "Jade Eyed Leopard" with two nominations. Both of the latter are competing in the next category, which is missing "The Last Ice." 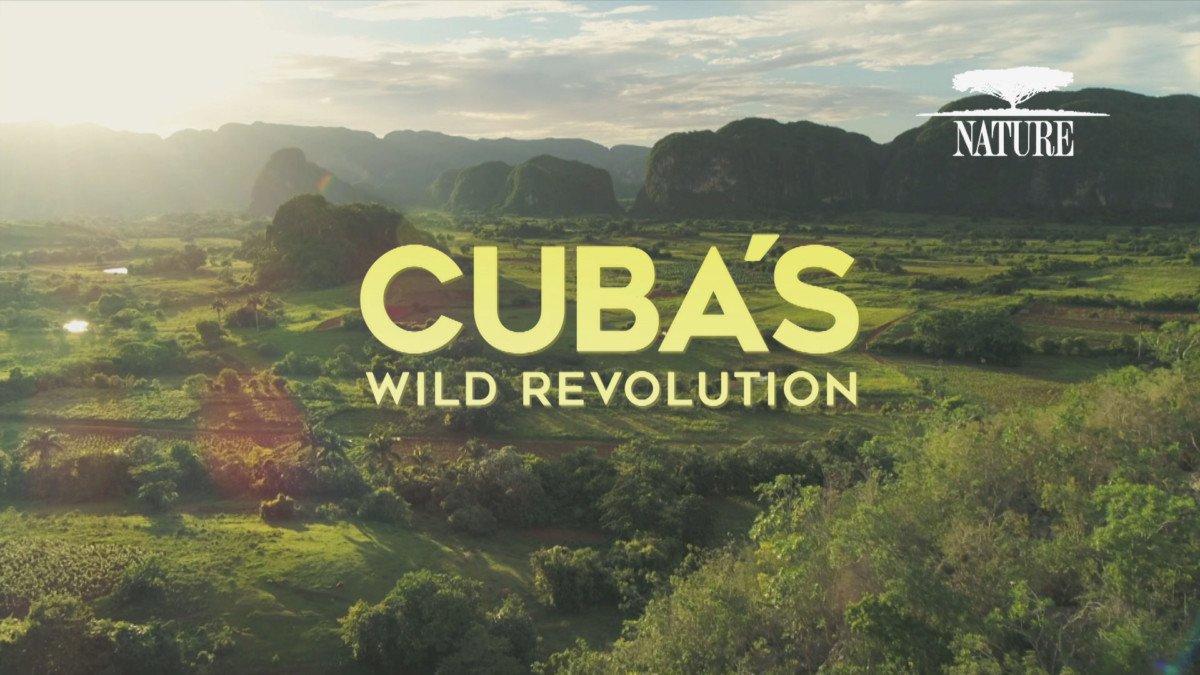 Now the trailers for both of the multiple nominees, beginning with Official Preview | Cuba's Wild Revolution | NATURE | PBS.

Get a glimpse of Cuba’s spectacular wildlife and landscapes, left virtually untouched for 50 years.
...
In the crystal-clear waters of the Caribbean, Cuba is an island teeming with exotic biodiversity: from coral reefs pulsating with life to five-foot-long Cuban rock iguanas. As international relations ease, what will become of this wildlife sanctuary?

Last week, our film Jade Eyed Leopard (made for National Geographic) was nominated for two Emmy Awards, and most notably, one Emmy was specifically allocated to Beverly for Best Sound. To record the sound around a leopard, one needs total silence. That can only be found a long way from engines and talking. So thank you again, Olare Motorogi Conservancy and every one of the guides operating in the area, who immediately silenced their guests, and engines, when Beverly hauled out her sound equipment. We could not have done this just a few miles south in the main reserve.

Spending time in these quiet places enriches the soul, allows you to ponder on all things, and here, in the Masai Mara at our camps, do that in style.

This is the first time I've seen a special promotional video by one of the nominees for a News & Documentary Emmy Award nomination. I like the idea, but I am not confident it will be enough to push it over its competition. I think music documentaries have the advantage and "Miles Davis: Birth of the Cool" also has a nomination for Outstanding Arts and Culture Documentary. Even if a nature documentary would win, I would bet on "Cuba's Wild Revolution" over "Jade Eyed Leopard," although I think this video might have swayed a few votes. I consider the wild card to be "Micro Monsters with David Attenborough," which has a second nomination for Outstanding Interactive Media: Documentary.

Follow over the jump for the two other categories in which "The Last Ice" is competing.

The first recycled category is from 'John Lewis: Good Trouble' earned 3 nominations at the 2021 News and Documentary Emmy Awards.

I'm glad to see that the News and Documentary Emmy Awards voters thought that "John Lewis: Good Trouble" showed its work. That and its other two nominations might not be enough for it to win this award. "The Last Ice" also has three nominations, including Outstanding Nature Documentary, where I think it's the favorite, and Outstanding Cinematography: Documentary. Three of the other nominees in that category are also nature documentaries, which doesn't surprise me; nature documentaries tend to be beautifully photographed.

Speaking of which, where is what I wrote about that category in 'Belly of the Beast' and 'The Trade' are the most nominated documentaries at the 2021 News & Documentary Emmy Awards.

The Weekly (FX)
The Sicario

The good news for "The Trade" is that it's not contending with "Belly of the Beast" or "Rewind" in this category. The bad news is that four of the other nominees in this category are nature documentaries, which tend to be beautifully photographed. Consequently, my pick to win is "The Last Ice," which has three nominations, including Outstanding Nature Documentary, where I think it's the favorite, and Outstanding Research: Documentary, where I think it has a very good chance of beating "John Lewis: Good Trouble." I have "The Last Ice" and the rest of the nature documentaries on my to do list for these awards, too.

And I just crossed it off the to do list.

Previous posts in this series
Posted by Pinku-Sensei at 12:00 AM