'Human Nature' vs. 'Connected' for Outstanding Science and Technology Documentary at the News & Documentary Emmy Awards 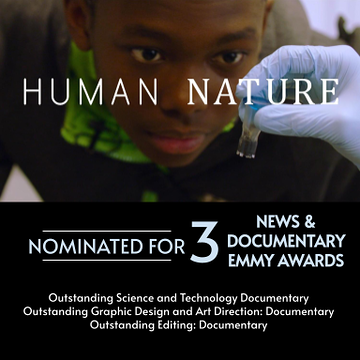 I announced a change of subject at the end of 'The Queen's Gambit' wins limited series, while 'Mare of Easttown' and 'Halston' win the acting categories at the Emmy Awards.

I'll have more on the winners of the Primetime Emmy Awards, probably about "Saturday Night Live," the next biggest winner with eight Emmy Awards, but only after I cover "Human Nature" and "The Last Ice," both nominated at the 2021 News & Documentary Emmy Awards. Stay tuned.

Without any further ado, here are the nominations at the News and Documentary Emmy Awards for "Human Nature" on NOVA. 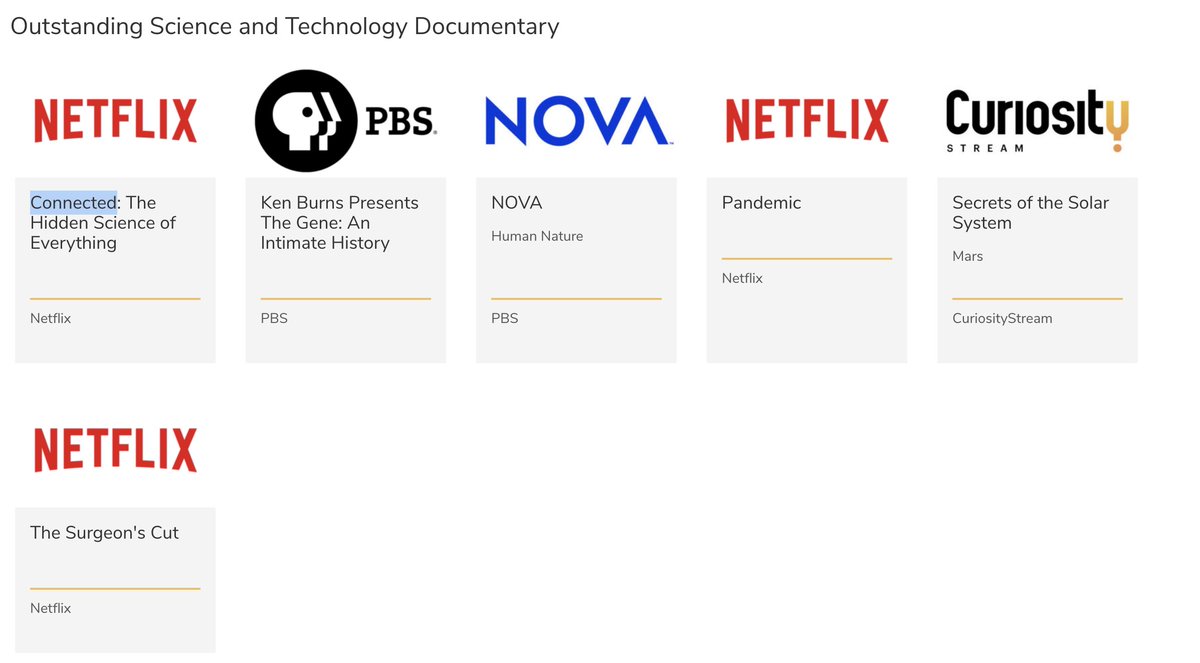 Connected: The Hidden Science of Everything (Netflix)

With an extraordinary new technology called CRISPR, we can now edit DNA—including human DNA. But how far should we go?

Gene-editing promises to eliminate certain genetic disorders like sickle cell disease. But the applications quickly raise ethical questions. Is it wrong to engineer soldiers to feel no pain, or to resurrect an extinct species? And is there harm in allowing parents to choose their child’s features, like eye color or height? The scientists who pioneered human genome studies and CRISPR grapple with these questions.

That's a mind-blowing trailer about a revolutionary technology that does have the potential to change what it means to be human. Based on that alone, I think it's the slim favorite to win this award ahead of "Connected: The Hidden Science of Everything" with two nominations, making it the only other competitor in this field with more than one. That written, I highly recommend Netflix's "Pandemic," which coincidentally aired during the early days of the lockdown and which my wife and I watched along with "Contagion" during March and April of last year. It focused on influenza, not coronavirus, but otherwise it was extremely timely. I recommend it to my readers.

Next, the other category in which "Human Nature" is competing against "Connected: The Hidden Science of Everything." 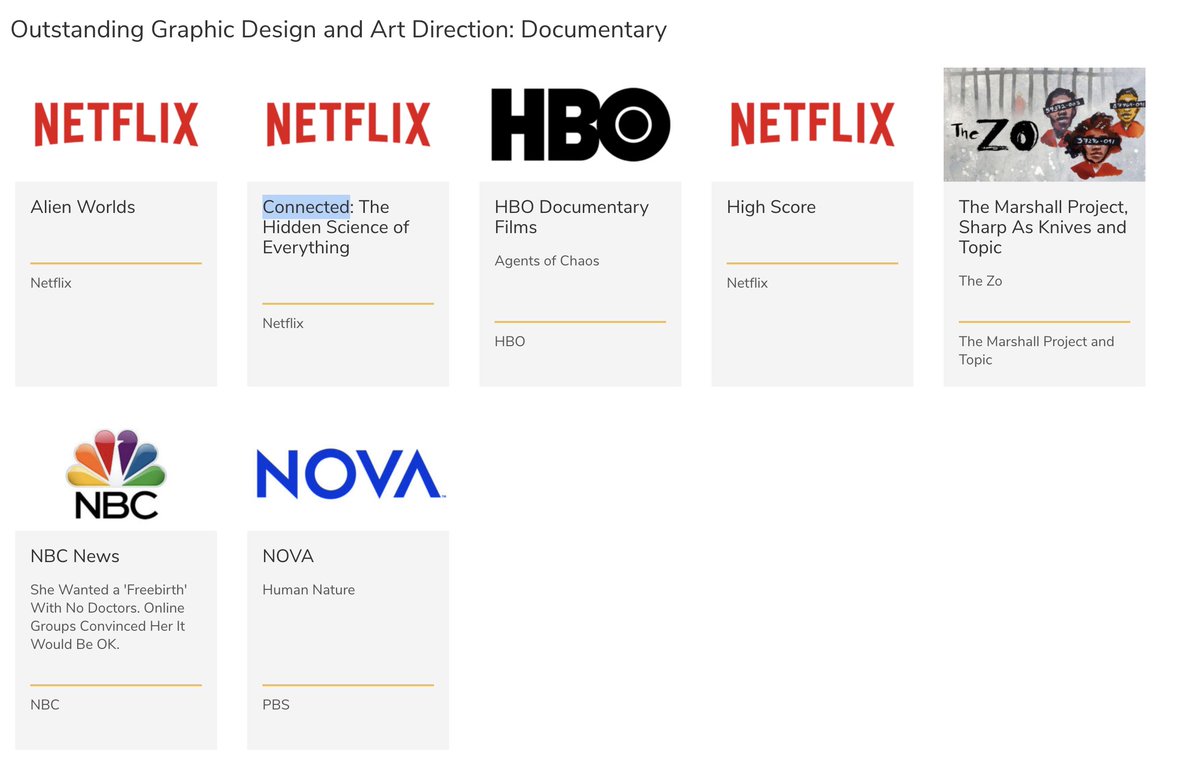 Connected: The Hidden Science of Everything (Netflix)

NBC News (NBC)
She Wanted a 'Freebirth' With No Doctors. Online Groups Convinced Her It Would Be OK

Science reporter and host Latif Nasser investigates the fascinating and intricate ways that we are connected to each other, the world and the universe at large.

For the last category, I'm being a good environmentalist by recycling from 'Belly of the Beast' and 'The Trade' are the most nominated documentaries at the 2021 News & Documentary Emmy Awards.

Based on its editing of archival footage, I think "Rewind" has a better shot to win this category than direction. However, I could say the same thing about "Challenger: The Final Flight." That written, PBS NOVA's "Human Nature" also has three nominations total, including Outstanding Science and Technology Documentary and Outstanding Graphic Design and Art Direction: Documentary in addition to Outstanding Editing: Documentary. I think it could upset both "Belly of the Beast" and "Rewind" in this category. It also would be a good choice for the subject of the next installment of this series.

And that's exactly what I did.

The next installment in this series should be about National Geographic's "The Last Ice" and the other nominees for Outstanding Nature Documentary. Stay tuned.

Previous posts in this series
Posted by Pinku-Sensei at 10:00 AM