The Emmy Awards winners were presented last night and "The Crown" swept all categories in drama to win seven awards, acting, writing, directing, and show, just like "Schitt's Creek" did last year in comedy. Not even "The Handmaid's Tale" could do this four years ago when it won five awards on the final night, as it wasn't nominated in the lead and supporting actor categories. While I was rooting for "The Handmaid's Tale," I did see this coming. Here are the nominees and my comments on their chances from 'The Crown' vs. 'The Handmaid's Tale' — politics and government in drama nominees at the Emmy Awards.

... I couldn't resist another video from my favorite critic duo of Eng and Rosen. I concur with them that the contest for Outstanding Drama Series is between "The Crown" and "The Handmaid's Tale," as both have eleven nominations at next Sunday's ceremony. "The Crown" won six Gold Derby TV Awards, Drama Series, Drama Actor for Josh O'Connor, Drama Actress for Emma Corrin, Drama Supporting Actress for Gillian Anderson, Drama Guest Actor for Charles Dance, and Ensemble of the Year. It could win four of those, as Courtney B. Vance as George Freeman from "Lovecraft Country" beat Dance for Outstanding Guest Actor in a Drama Series and the Emmys don't have an outstanding ensemble award beyond the casting categories. I'm still rooting for "The Handmaid's Tale."

As I expected, "The Crown" won, while "The Handmaid's Tale" went away empty-handed. Watch Drama Series: 73rd Emmys from the Television Academy to see writer and producer Peter Morgan accept the award.

The Crown wins the Emmy for Drama Series at the 73rd Emmys.

After that heartfelt speech, I have nothing to say but congratulations!

This field features three former winners, Sterling K. Brown, Billy Porter, and Matthew Rhys. Of the three of them, I think Porter has the best shot at deposing nominal favorite O'Connor for this award, although I still think it's O'Connor's award to lose.

It was. Watch O'Connor accept the award for Lead Actor in a Drama: 73rd Emmys.

Josh O'Connor wins the Emmy for Lead Actor in a Drama Series at the 73rd Emmys.

No wonder O'Connor was able to portray Prince Charles sympathetically. He's a very likeable person as himself. Congratulations!

This field pits Oscar winner Olivia Colman against Emmy winner Elisabeth Moss. That makes for good headlines, but I doubt either will win, as Emma Corrin has been beating Colman for her portrayal of Princess Diana in "The Crown" and will probably win. Too bad, as I praised Moss's acting this season and voted for her in the Saturn Awards.

Just as she did at the Oscars two years ago, Colman suprised me by winning. Watch Lead Actress in a Drama: 73rd Emmys to see her accept the Emmy.

Olivia Colman wins the Emmy for Lead Actress in a Drama Series at the 73rd Emmys.

Colman looked and sounded like she was even more surprised than I was, but not as stunned as she was when she beat Glenn Close at the Oscars. That was even more fun to watch. Just the same, congratulations!

The late Michael K. Williams won the Gold Derby Award and was alive to accept it, but he died since then. If that had happened during Emmy voting, it might have propelled a sympathy vote in addition to the momentum he earned winning the equivalent Gold Derby and Critics Choice Awards. I'd be fine with that, as Williams was more memorable than any of the nominees from "The Handmaid's Tale" and more intense than Giancarlo Esposito on "The Mandalorian" as much as he chewed the scenery as the main villain. If "Perry Mason" were a better show, then I think John Lithgow would have a good chance of winning, but I think the quality of this season of "The Crown" would more likely give Tobias Menzies the advantage instead. Williams should win, but Menzies probably will. Sigh. I hope I'm wrong.

I wasn't. Watch Supporting Actor in a Drama: 73rd Emmys to see Kerry Washington present the award and accept it on Menzies' behalf.

Tobias Menzies wins the Emmy for Supporting Actor in a Drama Series at the 73rd Emmys.

Menzies may have won the award, but Washington stole the moment by first giving Williams the tribute he deserved and then taking Menzies' statuette. Ha!

I think Gillian Anderson will win this. She beat all of her co-stars from "The Crown" for Outstanding Performance by a Female Actor in a Drama Series at the SAG Awards and they were in leading roles while she was in a supporting one. Otherwise, it's the clearest matchup between "The Crown" and "The Handmaid's Tale" at next Sunday's awards.

As expected, Anderson won. Watch her accept the award for Supporting Actress in a Drama: 73rd Emmys.

Gillian Anderson wins the Emmy for Supporting Actress in a Drama Series at the 73rd Emmys.

That was a good tribute to one of the people behind the scenes, although I think I would have rather heard her praise her competition, which was very stiff this year and had a lot of support based on the cheers, even though she really was great at Thatcher. Congratulations!

Now for the last two awards, recognizing work behind the cameras.

Both Eng and Rosen think "The Crown" will win both of these awards. They're the experts, so I'm not going to disagree.

It was a good thing I didn't, as the director and writer of the "The Crown" won. Watch Directing For A Drama Series: 73rd Emmy Awards first.

Jessica Hobbs wins for The Crown.

Hobbs may have mentioned her mother only briefly, but made for a touching and effective end of her acceptance speech.

Peter Morgan wins the Emmy for Writing for a Drama Series at the 73rd Emmys.

This was very early in the evening, so Morgan may not have known yet how much he and his cast were going to party by the end of the night. Go back to the first video I embedded and see how much more serious he was for the last acceptance speech of the evening.

While I could stop here, as having Morgan speak first and last closed a circle, I want to point out that I think having the ceremony with fewer attendees in a more intimate setting made the awards feel more personal, so I enjoyed it more. I also want to congratulate "The Crown" on all of its eleven Emmy Awards. 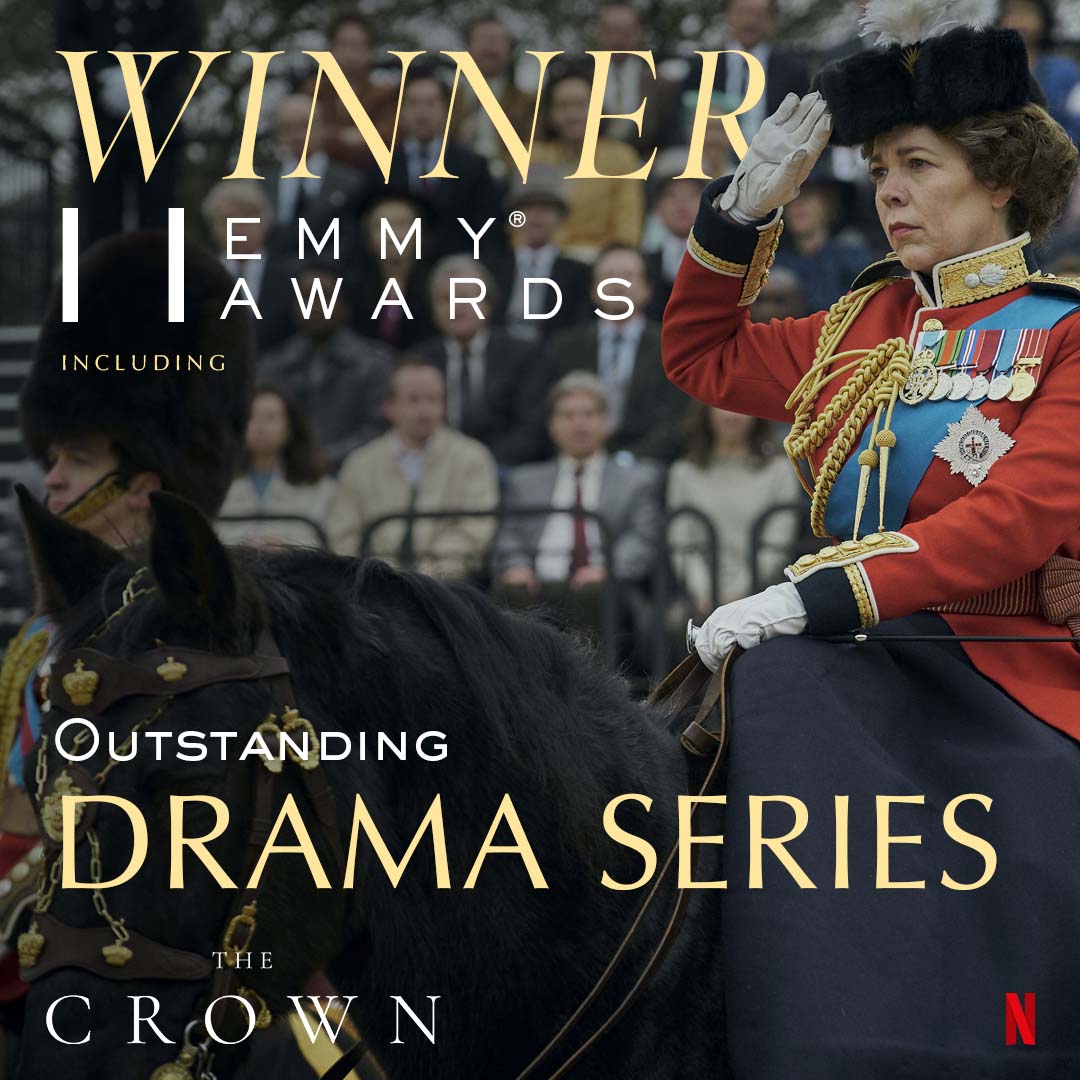 Stay tuned as I continue my coverage of the Emmy winners, most likely with the limited series winners, as "The Queen's Gambit" also won a total of eleven Emmy Awards to tie "The Crown."

Previous posts in this series
Posted by Pinku-Sensei at 9:57 AM