'The Crown' vs. 'The Handmaid's Tale' — politics and government in drama nominees at the Emmy Awards 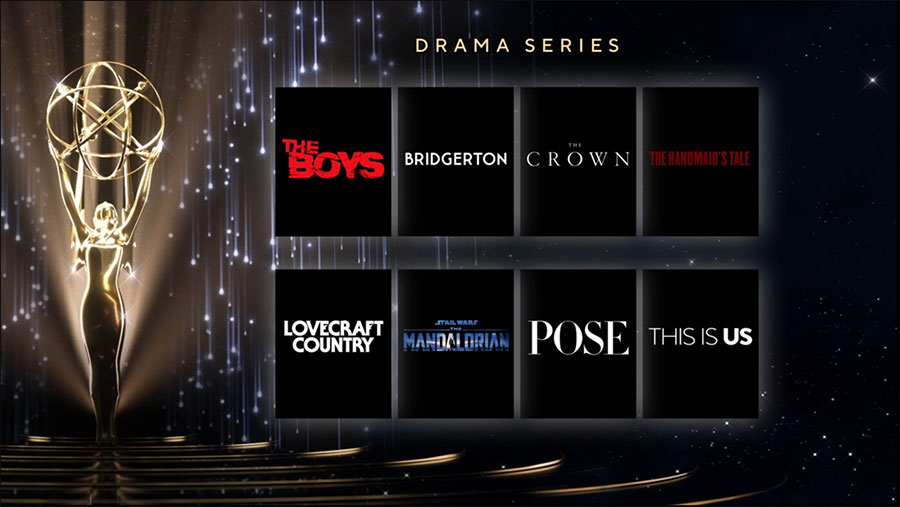 I opened 'Ted Lasso' vs. 'Hacks' eclipses 'Black-ish' and 'The Flight Attendant' in comedies at the Emmy Awards with "Tragedy (or at least drama) tomorrow" and closed it by telling my readers to "stay tuned for the drama nominees." Without any further ado, here are the seven drama series categories at the Primetime Emmy Awards along with commentary on their chances of winning.

All of the drama series nominees except the family drama "This Is Us" are about politics and government to some degree. "The Boys" depicts fantastic U.S. poltics with superheroes. The British Royal Family makes cameos in "Bridgerton," while they are the stars of "The Crown." "The Handmaid's Tale" and "Lovecraft Country" make scorching political and social statements about American dystopia, the former about a feared future, the latter about the dreaded past. "The Mandalorian" explores the "Star Wars" universe between the fall of the Galactic Empire and the rise of the First Order. Finally, "Pose" examines society and politics during the AIDS epidemic.

Before I make my commentary, I'm sharing two videos from Gold Derby, beginning with 2021 Emmy predictions slugfest: In drama series, 'The Crown' poised to make history for Netflix.

“'The Crown' has been kind of on a roll," Gold Derby senior editor Daniel Montgomery admits about the Netflix flagship drama winning everything in its path this season. "Through the Golden Globes, Critics Choice Awards, PGA Awards, DGA Awards, Writers Guild, it's been kind of a romp for that show, which would actually make it a first Best Drama Series for Netflix in its history,” he explains. Montgomery is joined by fellow senior editors Marcus James Dixon and Rob Licuria to dish who and what could upset the Netflix prestige drama. It's on course to finally claim its first Best Drama Series trophy for its acclaimed fourth season and finally break the streamer's inexplicable curse at the Emmys, having never won a series trophy in any genre. Watch the Emmy predictions slugfest video above.

How many Emmys will "Ted Lasso," "The Crown" and "The Queen's Gambit" win? Gold Derby editors and Experts Christopher Rosen and Joyce Eng make their final picks for Sunday's ceremony.

I couldn't resist another video from my favorite critic duo of Eng and Rosen. I concur with them that the contest for Outstanding Drama Series is between "The Crown" and "The Handmaid's Tale," as both have eleven nominations at next Sunday's ceremony. "The Crown" won six Gold Derby TV Awards, Drama Series, Drama Actor for Josh O'Connor, Drama Actress for Emma Corrin, Drama Supporting Actress for Gillian Anderson, Drama Guest Actor for Charles Dance, and Ensemble of the Year. It could win four of those, as Courtney B. Vance as George Freeman from "Lovecraft Country" beat Dance for Outstanding Guest Actor in a Drama Series and the Emmys don't have an outstanding ensemble award beyond the casting categories. I'm still rooting for "The Handmaid's Tale." 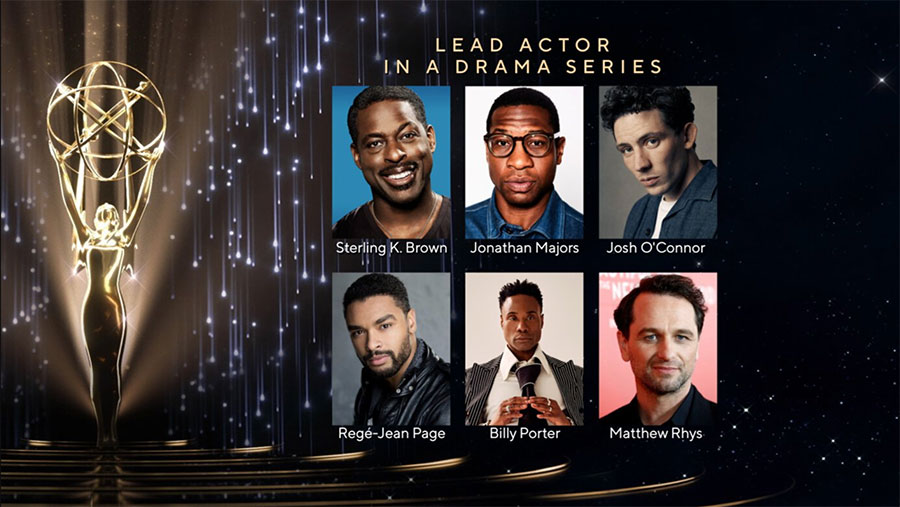 This field features three former winners, Sterling K. Brown, Billy Porter, and Matthew Rhys. Of the three of them, I think Porter has the best shot at deposing nominal favorite O'Connor for this award, although I still think it's O'Connor's award to lose. 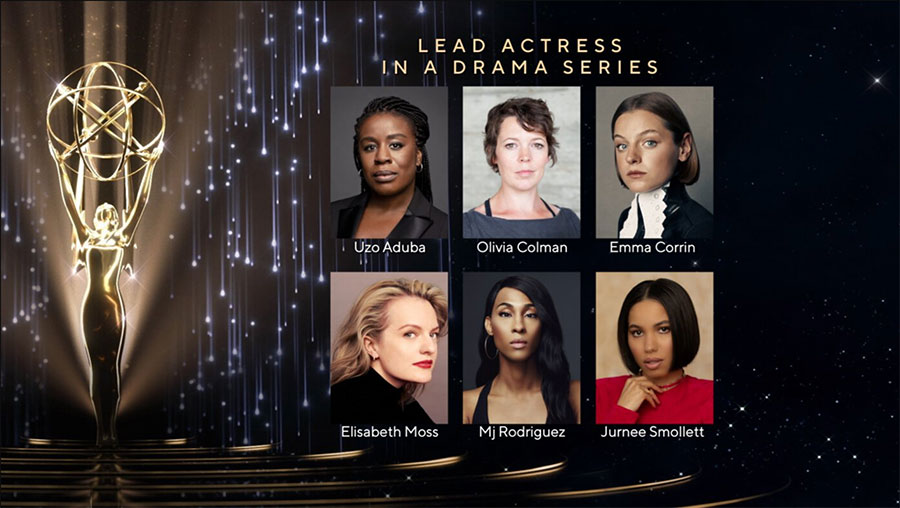 This field pits Oscar winner Olivia Colman against Emmy winner Elisabeth Moss. That makes for good headlines, but I doubt either will win, as Emma Corrin has been beating Colman for her portrayal of Princess Diana in "The Crown" and will probably win. Too bad, as I praised Moss's acting this season and voted for her in the Saturn Awards. 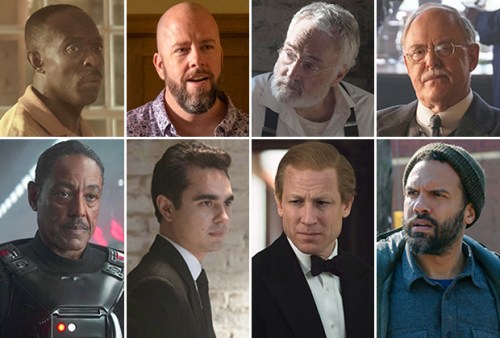 The late Michael K. Williams won the Gold Derby Award and was alive to accept it, but he died since then. If that had happened during Emmy voting, it might have propelled a sympathy vote in addition to the momentum he earned winning the equivalent Gold Derby and Critics Choice Awards. I'd be fine with that, as Williams was more memorable than any of the nominees from "The Handmaid's Tale" and more intense than Giancarlo Esposito on "The Mandalorian" as much as he chewed the scenery as the main villain. If "Perry Mason" were a better show, then I think John Lithgow would have a good chance of winning, but I think the quality of this season of "The Crown" would more likely give Tobias Menzies the advantage instead. Williams should win, but Menzies probably will. Sigh. I hope I'm wrong. 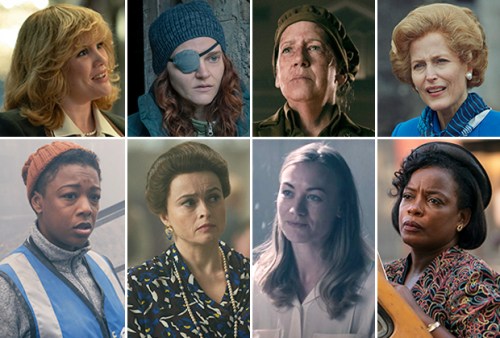 I think Gillian Anderson will win this. She beat all of her co-stars from "The Crown" for Outstanding Performance by a Female Actor in a Drama Series at the SAG Awards and they were in leading roles while she was in a supporting one. Otherwise, it's the clearest matchup between "The Crown" and "The Handmaid's Tale" at next Sunday's awards.

Follow over the jump for the nominees behind the camera and the awards drama series won at the Creative Arts Emmy Awards. 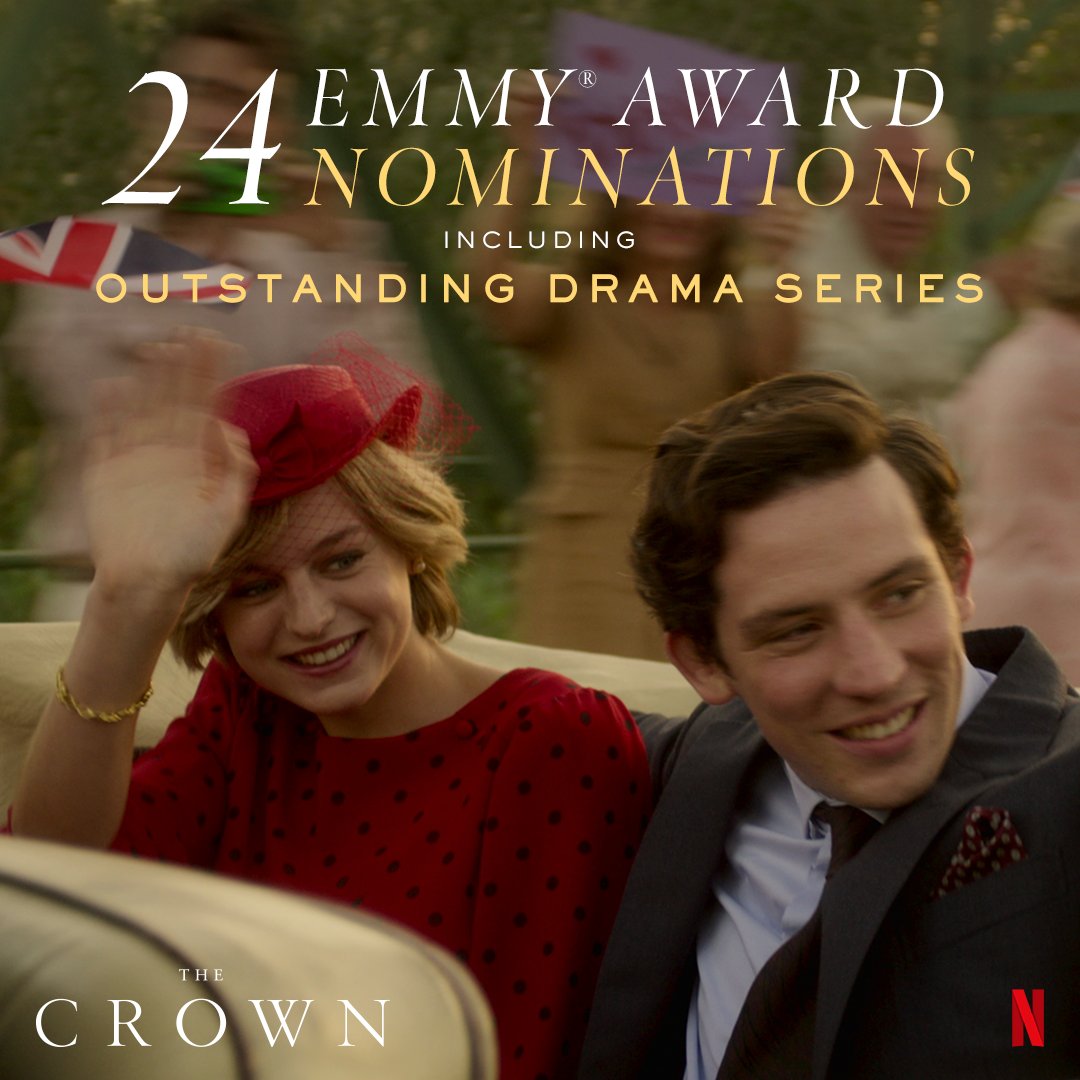 Both Eng and Rosen think "The Crown" will win both of these awards. They're the experts, so I'm not going to disagree. 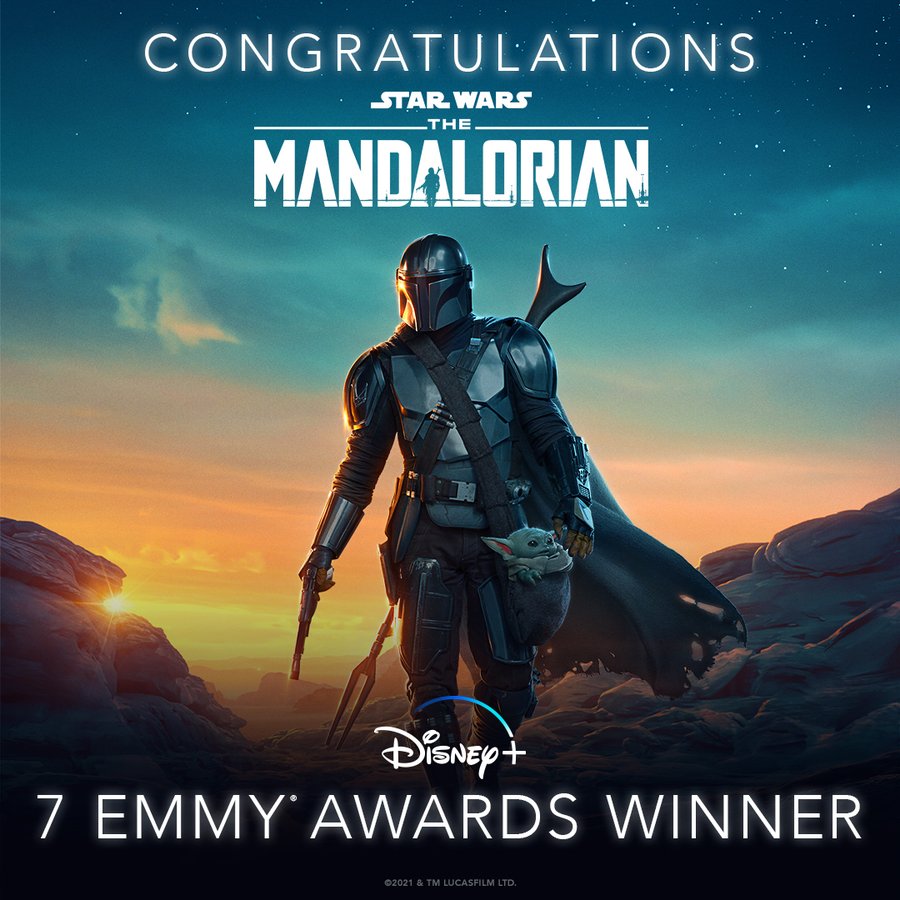 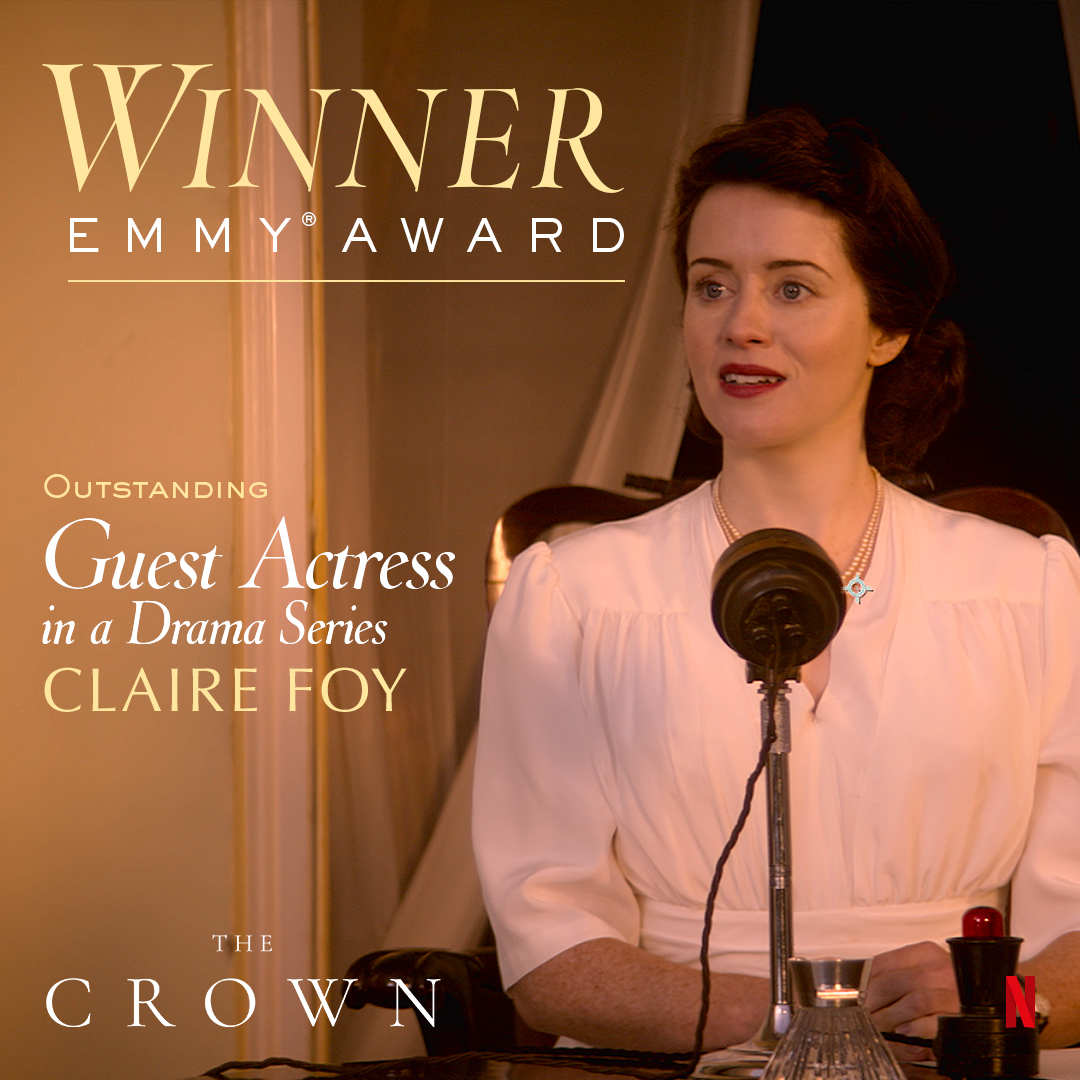 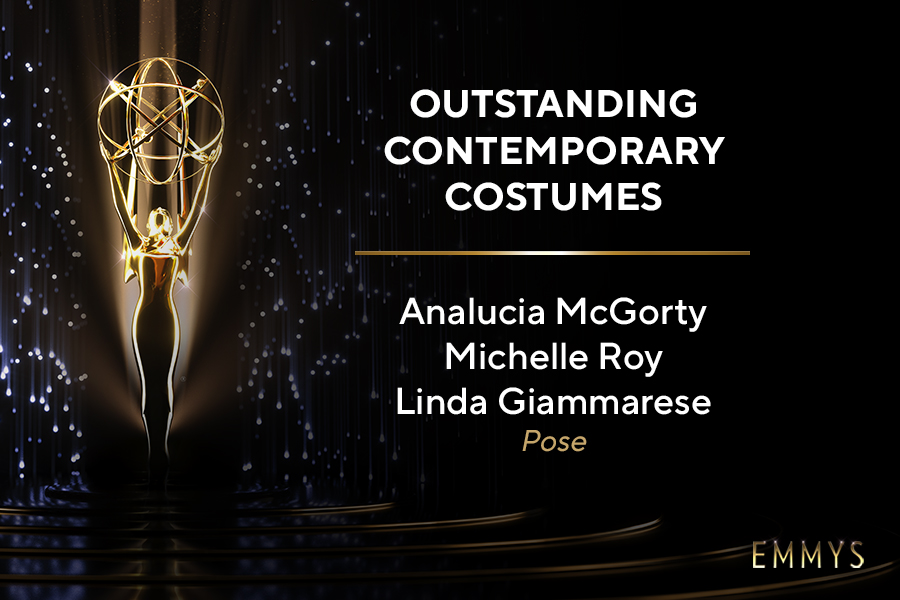 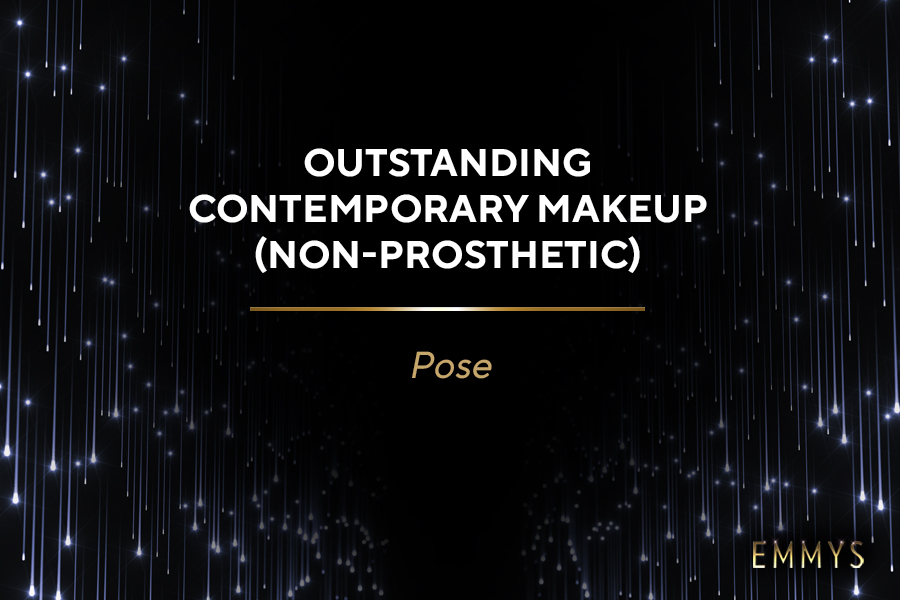 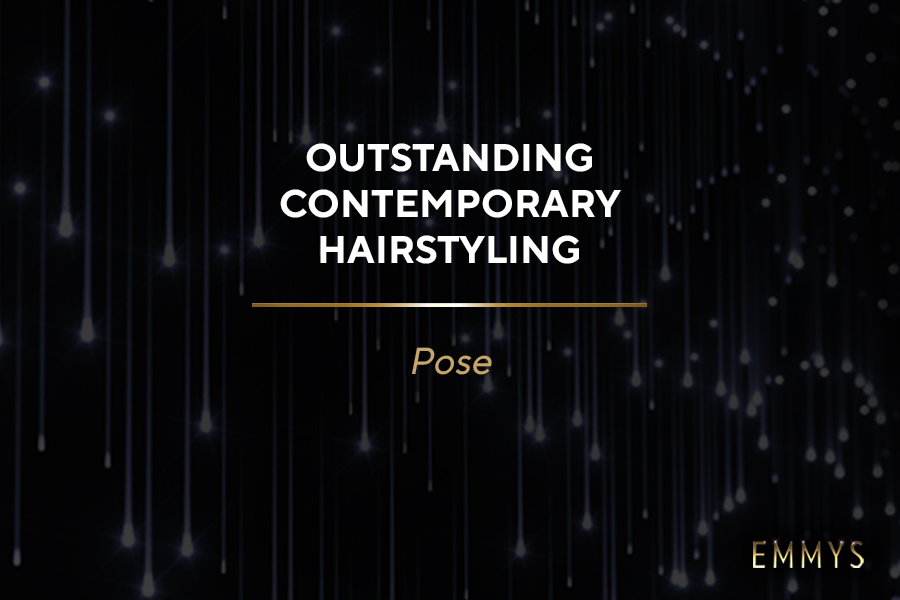 Three pictures are worth 1000 words for "Pose." 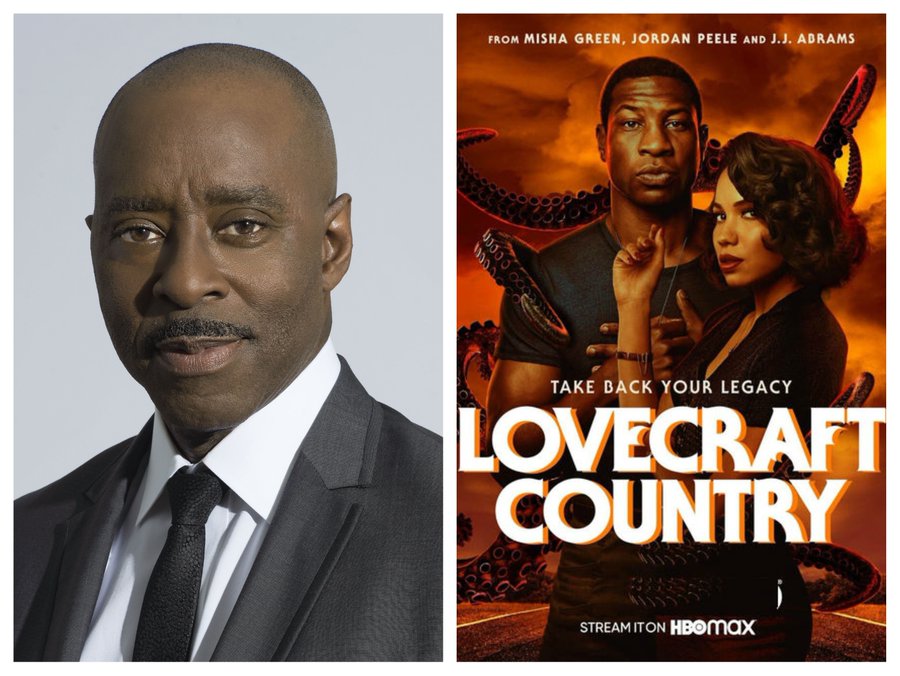 In addition to Courtney B. Vance as George Freeman winning Outstanding Guest Actor in a Drama Series, "Lovecraft Country" won Outstanding Sound Editing for a Comedy or Drama Series (One-Hour). 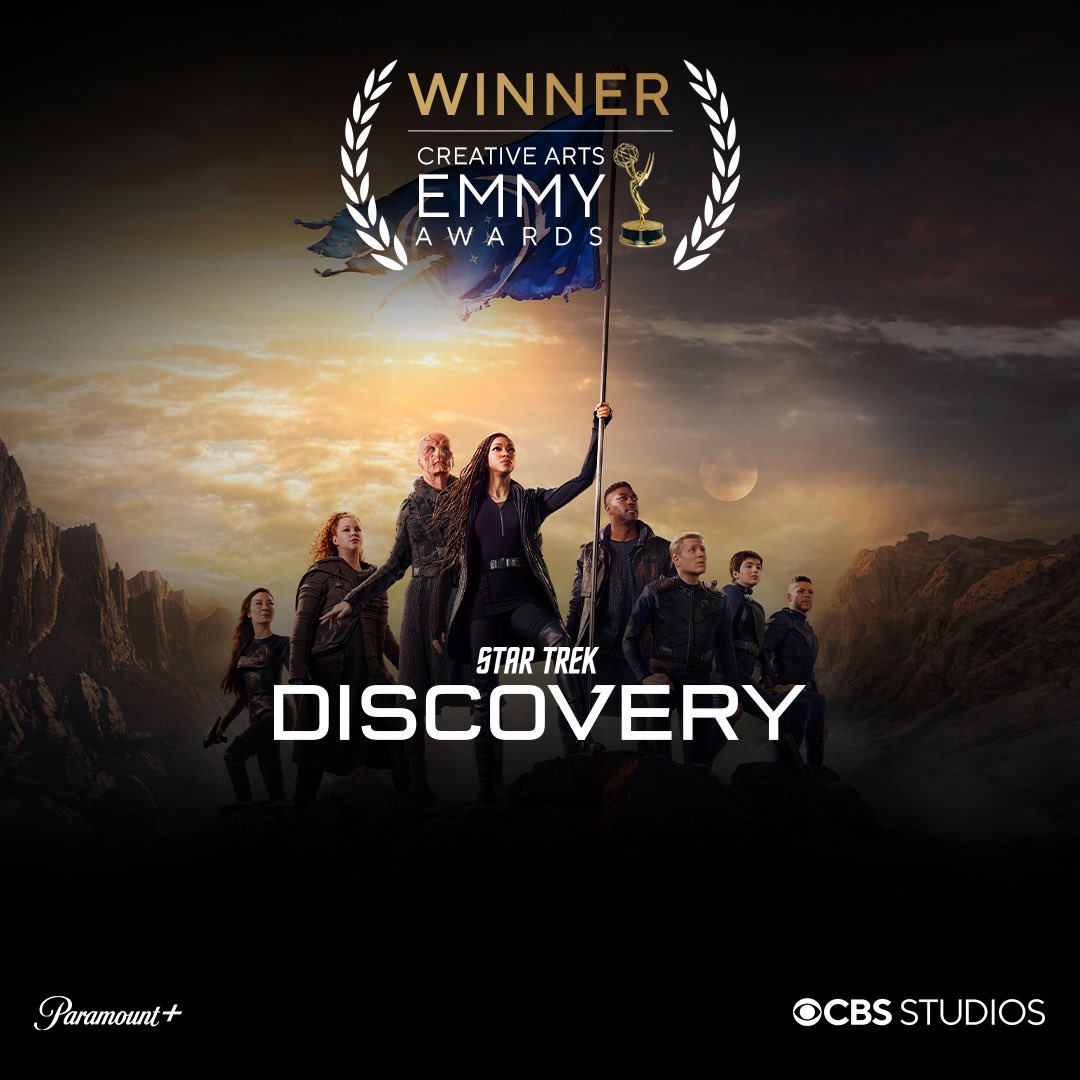 Congratulations to all the winners and good luck to the remaining nominees!

Previous posts in this series
Posted by Pinku-Sensei at 5:07 PM