Politics, government, and diversity among movie nominees at the 2022 Golden Globes 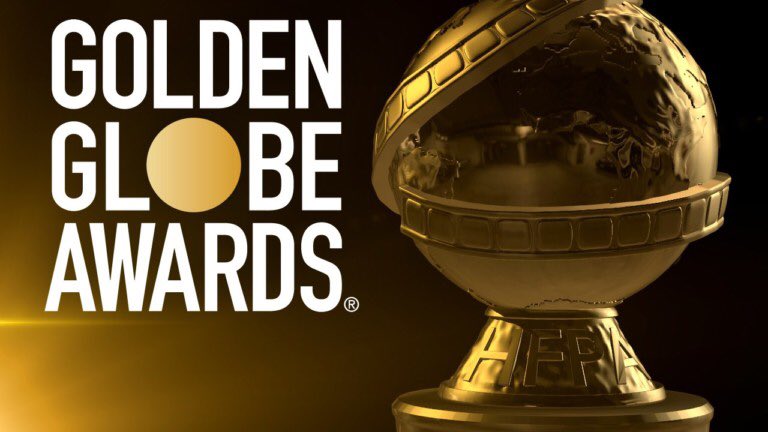 I told my readers to "Stay tuned for part two featuring the movie nominees, which will be the Sunday entertainment feature" in part 1 yesterday, so here are the film nominations at tonight's ceremony without stars with handicaps of their chances to win along with analyses of their politics and government content served with side helpings of how well they present diversity. 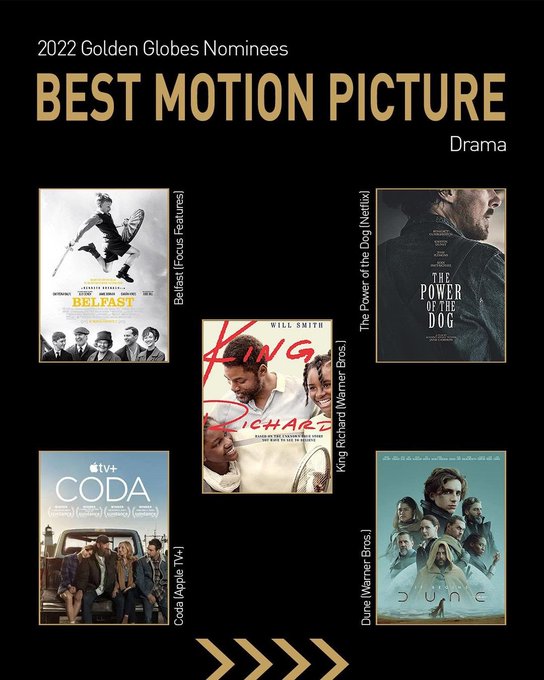 Belfast
CODA
Dune
King Richard
The Power of the Dog

This category includes both of the most nominated films, "Belfast" and "The Power of the Dog" with seven nominations each. The former is more political, as it takes place in Northern Ireland during the 1960s, when The Troubles started to escalate, while the latter is more personal, although both are primarily family dramas. The same is true of the next most nominated drama film, "King Richard," with four nominations, although it's also a sports story with a strong element of racial diversity, so social commentary is an important element, if not the dominant one. Skipping to the nominee with the fewest nominations, two, "CODA" is another family drama that explores another axis of diversity, ability, and includes social commentary. My personal favorite is "Dune" with three nominations. As I wrote on TV Talk Show Host Day, it features a lot of futuristic politics and political allegory in its science fiction. "Dune" probably also features a racially diverse cast.

I think it's between "Belfast" and "The Power of the Dog" for this award, with the edge going to "Belfast." This is an international film and the Hollywood Foreign Press Association (HFPA) is voting, so I think that might be enough. As I reiterate whenever I write about awards programs, electorates matter. Speaking of which, the Motion Picture Academy might favor "The Power of the Dog" while a vote of the general audience would probably pick "Dune," the only nominee also nominated at the People's Choice Awards. "Don't Look Up," "Licorice Pizza," and "West Side Story" all tie for the most nominated comedy or musical with four nominations each. The most political is "Don't Look Up," which uses a comet impact as a metaphor for the reaction to and inaction about climate change. This is right up my alley and I plan on writing an entry concentrating on the film. While it's my favorite, it's not my pick to win unless the HFPA really wants to make a political statement. Instead, I think "West Side Story" has the inside track. I've heard and read nothing but good things about it other than its disappointing box office and some quibbles about its representation of Puerto Ricans, which still makes it the most diverse among nominated comedies and musicals. That's too bad for "Licorice Pizza," which takes place where I grew up from the perspective of someone near my age at the time and which has a campaign of Los Angeles Mayor as part of the plot. I think I'd like to watch that.

"Cyrano" and "tick, tick... BOOM!" both have two nominations. The former, like "West Side Story," is an updated adaptation of a classic, while the latter is a biography of the creator of "Rent." I think that might play better with the Hollywood creators than it would with the HFPA. 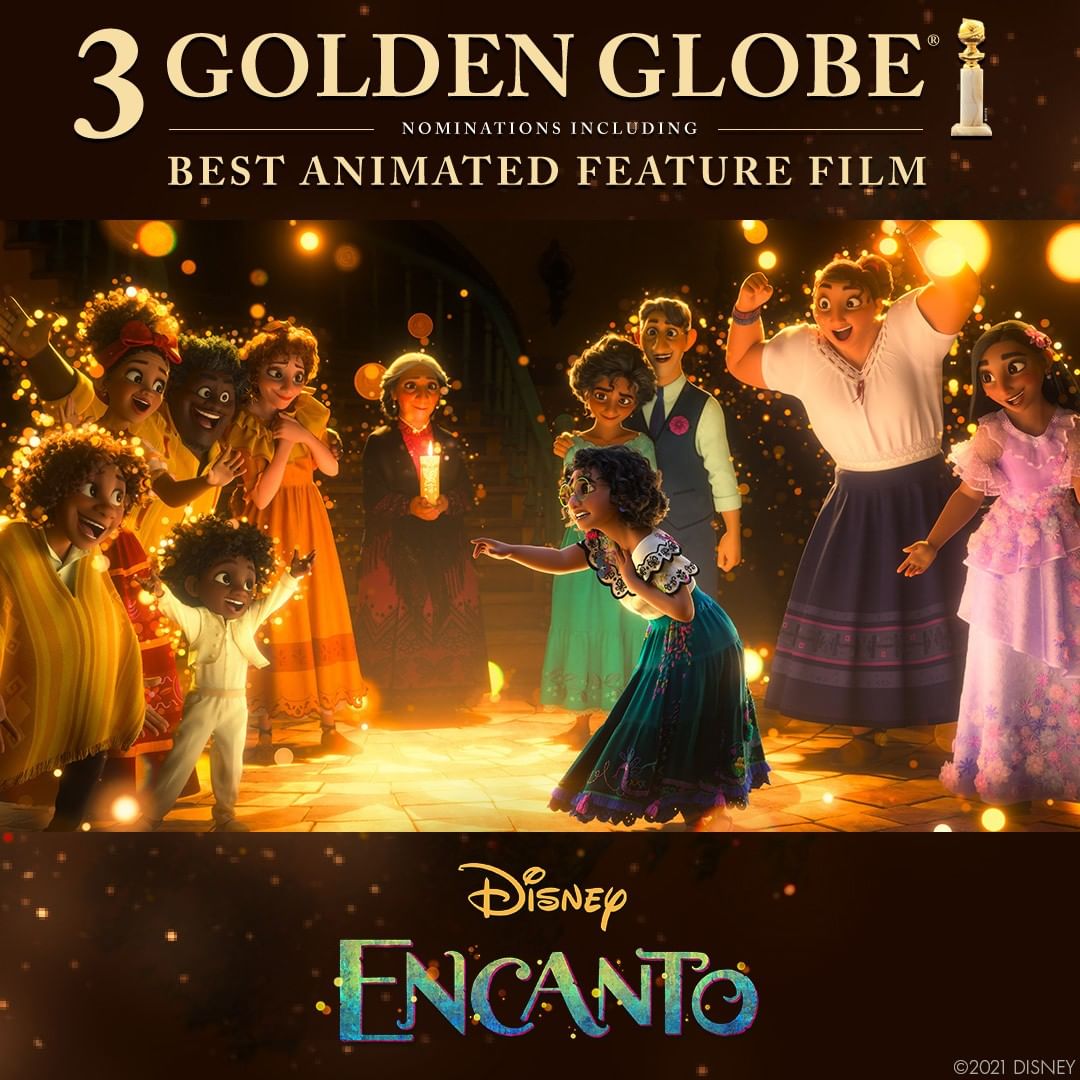 I decided to move both Best Animated Feature and Best Foreign Language Film up here so that all of nominations of films instead of individuals would all be together at the head of the post instead of being last on the list. I think that gives them the credit they're due.

"Encanto" is the only nominee with more than one nomination in this field, three, so I consider it the odds-on favorite. Its main competition is probably "Flee," which beat "Summer of Soul" at the Gotham Independent Film Awards in the documentary feature category. It's also on the shortlist for Best International Feature Film at the Oscars, making "Flee" a triple threat.

All of the nominees feature diversity, although in the case of "Luca," it's fantastic instead of realistic. "Raya and the Last Dragon" also features fantastic politics and government, while both "Flee" and "My Sunny Maad" have animated takes on the political situation in Afghanistan. 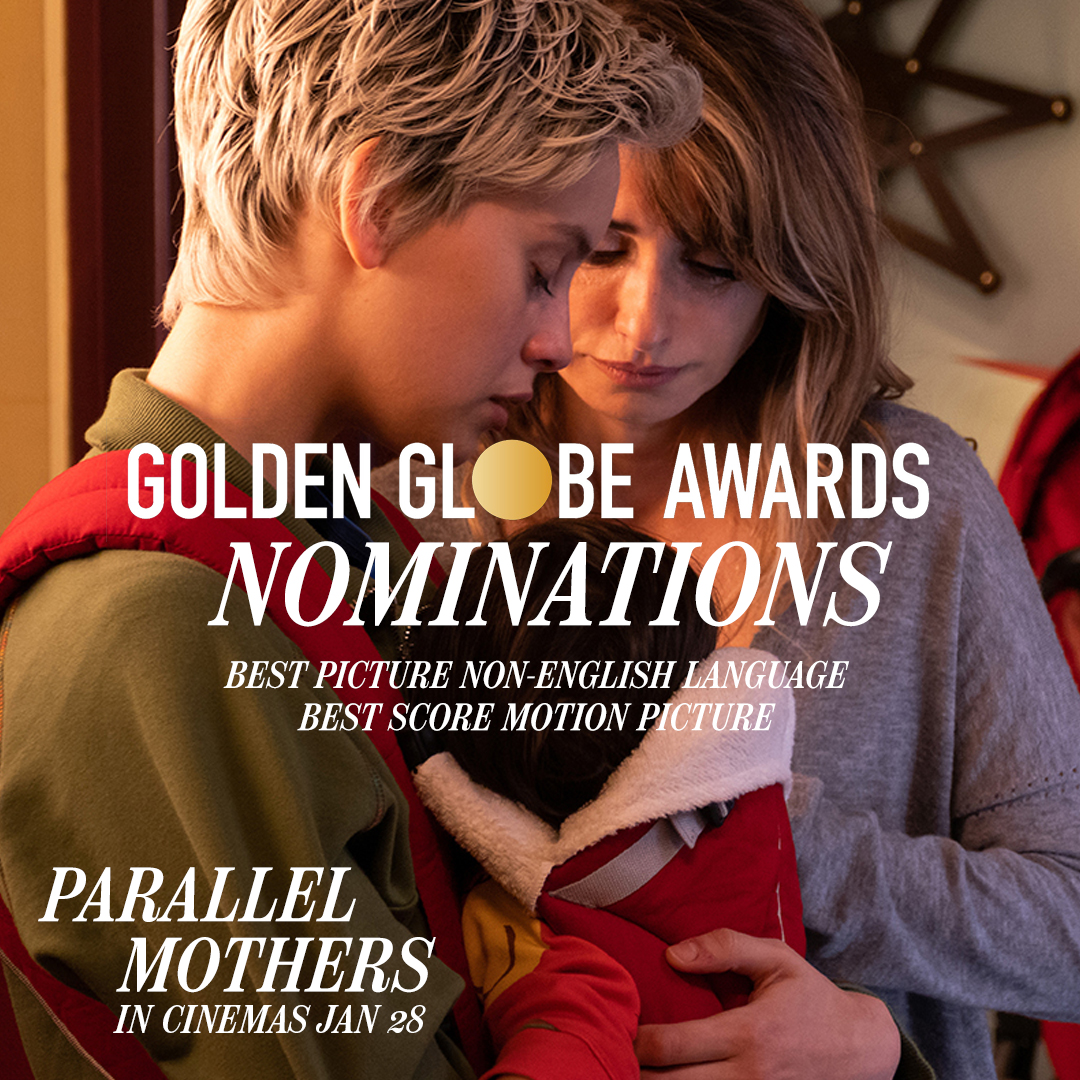 Only "Parallel Mothers" has more than one nomination with the other for Best Original Score, so I would say it's the nominal favorite. However, the Motion Picture Academy did not put it on the shortlist for Best International Feature Film, so that might dull its edge. On the other hand, all the rest of the nominees did make that shortlist. Again, electorates matter.

Follow over the jump for the individual nominations, both for actors and the people behind the camera. 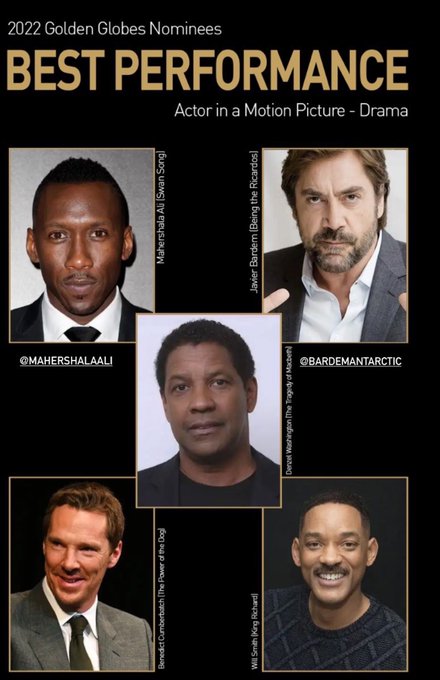 For an organization that has a bad reputation when it comes to diversity, the HFPA sure nominated a worthy and diverse field of dramatic actors. I have real trouble picking out a winner. The best I can say is that Benedict Cumberbatch may be in the best film, Denzel Washington may be in the best role, so I think he might be the favorite. On the other hand, any one of the nominees could win and I would not be surprised. 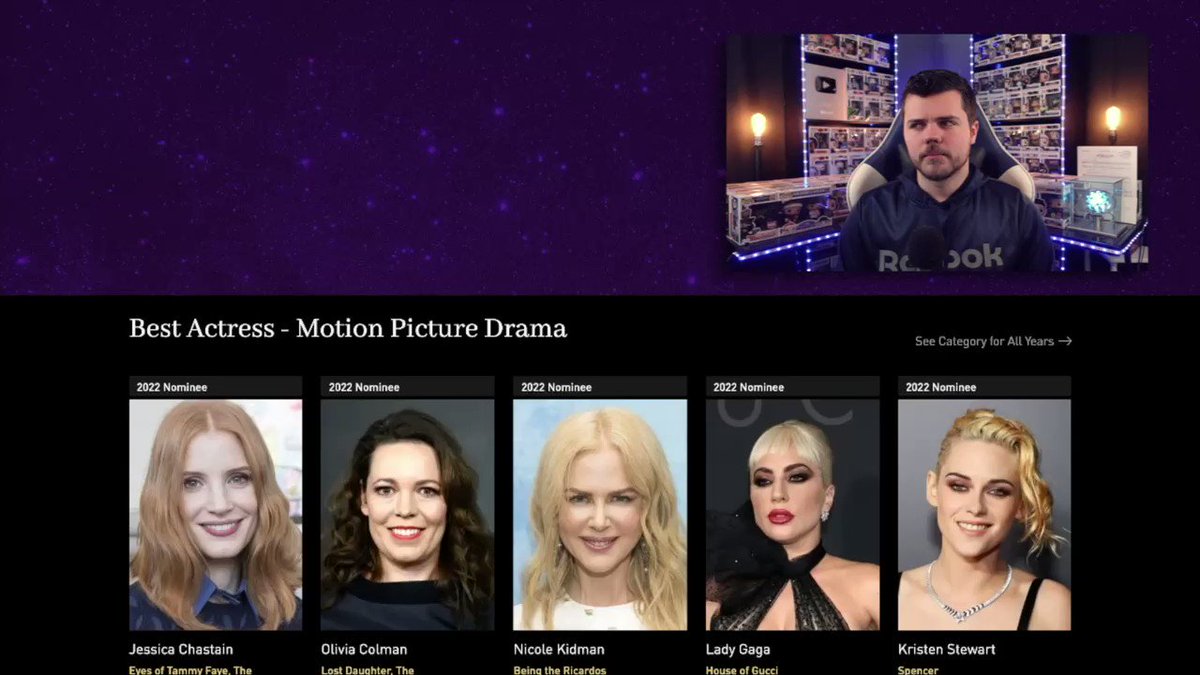 My pick for the best actress in this field is Olivia Colman, but this may not be her best role. She's not playing a queen. Instead, I think the actress playing a princess, Kristen Stewart, is one of the front runners. The other is Lady Gaga, who the HFPA adores. Again, electorates matter. 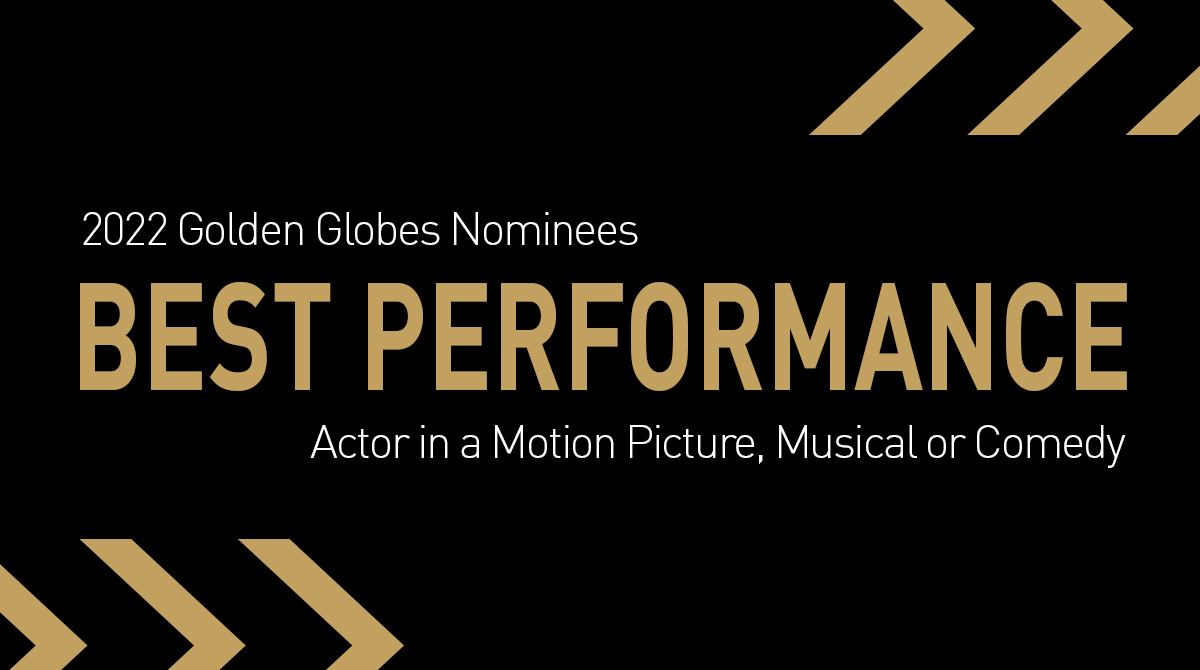 Best Performance in a Motion Picture – Musical or Comedy: Actor

I think this is between Leonardo DiCaprio and Peter Dinklage. DiCaprio has the better track record in movies, while I suspect Dinklage has the better role. My choice for a dark horse spoiler would be Andrew Garfield.

Best Performance in a Motion Picture – Musical or Comedy: Actress

My wife and I watched both "Don't Look Up" and "Cruella" and we enjoyed "Cruella" more, including Emma Stone's range from sweet Estella to scenery chewing villiany as the title character. So did the People's Choice Award voters, who chose "Cruella" as The Drama Movie Of 2021. While I'm definitely rooting for Stone, I don't think she's the favorite. That's probably Rachel Zegler.

The biggest name here is Ben Affleck but my gut says it's between Jamie Dornan and Kodi Smit-McPhee. I don't know how smart my gut is, so we'll see.

I'm a big fan of Caitríona Balfe because of her role in "Outlander" and am rooting for her, but I think Kirsten Dunst is really the favorite.

Now that we're behind the camera, gender is the main axis of diversity, so I'm glad to see two women nominated. Of the two, I think Jane Campion has the better shot, but I don't consider her the favorite. Instead, it's between Spielberg and Villenueve, with Spielberg having the edge. Too bad, I'm rooting for Villeneuve.

Campion appears among the nominees for screenplay and she wrote the only adapted script; the rest are original. I think that helps them, not her. Aaron Sorkin has the best reputation as a screenwriter, but I'm not sure that will be enough. I suspect Kenneth Branagh might pull it off instead.

My favorite going in is "Dune," which is arguably Hans Zimmer's best work. Alexandre Desplat might be my second choice.

I've observed in the past that the Golden Globes and Oscars don't always agree on the best original songs in movies, but every one of these nominees is on the Oscar shortlist, so that might not be the case this year. I'm going to embed all the music videos, listen to them, and make my predictions afterward."

Official lyric video for "Be Alive (Original Song from the Motion Picture “King Richard’)" by Beyoncé.

Walt Disney Animation Studios’ “Encanto” tells the tale of an extraordinary family, the Madrigals, who live hidden in the mountains of Colombia, in a magical house, in a vibrant town, in a wondrous, charmed place called an Encanto. The magic of the Encanto has blessed every child in the family with a unique gift from super strength to the power to heal—every child except one, Mirabel (voice of Stephanie Beatriz). But when she discovers that the magic surrounding the Encanto is in danger, Mirabel decides that she, the only ordinary Madrigal, might just be her exceptional family’s last hope.

That's very pretty, but I might be more moved if I understood the lyrics, although I have better comprehension reading them than hearing them.

Now, an unofficial upload of Van Morrison - Down to Joy (Official HQ Audio) [from "Belfast"].


This account already has two strikes, so the video and account may disappear at any time. Enjoy it while it lasts. In the meantime, the song needs an official upload.

The next song has an official upload, Jennifer Hudson - Here I Am (Singing My Way Home) (Official Music Video).


If this song gets an Academy Award nomintion, I think Jennifer Hudson will give the most energetic live performance at the Oscars. That will be after the voting closes, so it won't help.

I conclude with the James Bond main title song, Billie Eilish - No Time To Die.

Listen to “No Time To Die”, the theme song for the 25th James Bond film...

That is, without doubt, the saddest Bond song I have ever heard and I've listened to all of them. It's also really beautiful, which is saying something for a franchise known for pretty songs. I think it will be enough to win the Golden Globe to go along with its Grammy.

That's it for the Golden Globes. I will return to reality tomorrow, as my winter break is over and I go back to work.
Posted by Pinku-Sensei at 5:06 PM