For today's Sunday entertainment feature, I am following through on a promise I made in Politics, government, and diversity among movie nominees at the 2022 Golden Globes.

"Don't Look Up," "Licorice Pizza," and "West Side Story" all tie for the most nominated comedy or musical with four nominations each. The most political is "Don't Look Up," which uses a comet impact as a metaphor for the reaction to and inaction about climate change. This is right up my alley and I plan on writing an entry concentrating on the film.

Based on real events that haven’t happened - yet. Don’t Look Up in select theaters December 10 and on Netflix December 24.

DON’T LOOK UP tells the story of two low-level astronomers who must go on a giant media tour to warn mankind of an approaching comet that will destroy planet Earth. Written and Directed by Adam McKay. 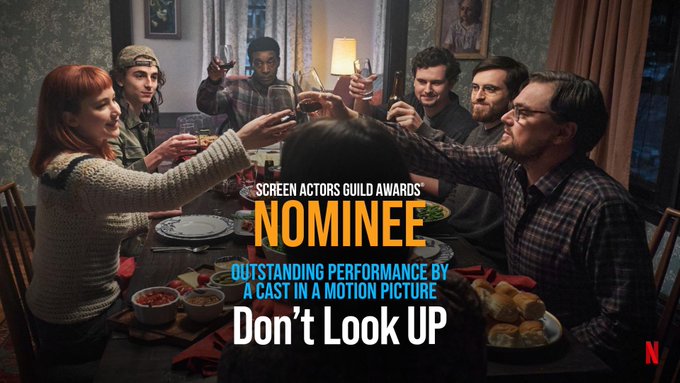 Sorry to say that IMDB does not list Paul Guilfoyle among the nominees. On the one hand, he is only in one scene, but his character's actions become a running joke for the rest of the movie.

WHY WOULD HE CHARGE US FOR FREE SNACKS pic.twitter.com/Fi7EClnjXv

Because he could. Do my readers have a better answer?

Enough about the cast. What about the science? WatchMojo covers much of that in Top 10 Things Don't Look Up Got Factually Right and Wrong.

It's time to separate fact from fiction when it comes to "Don't Look Up". For this list, we’ll be looking at what the satirical sci-fi flick got right and wrong about climate change, as the Netflix film has drawn a lot of attention for its references to real life. Our countdown includes The Science Is Clear, The Next Gold Rush Will Be Critical Elements & Minerals, The Climate Crisis Is Just One Problem, and more!

That pretty much summarizes the accuracy of the science, at least regarding climate change. The movie's treatment of climate change was accurate enough that it won the Sloan Science in Cinema Prize. That's good enough for me.

For what it's worth, the human response to both the comet and climate change also matches that to the pandemic, which I find to be an unhappy accident, right down the misinformation, including from politicians. Sigh. 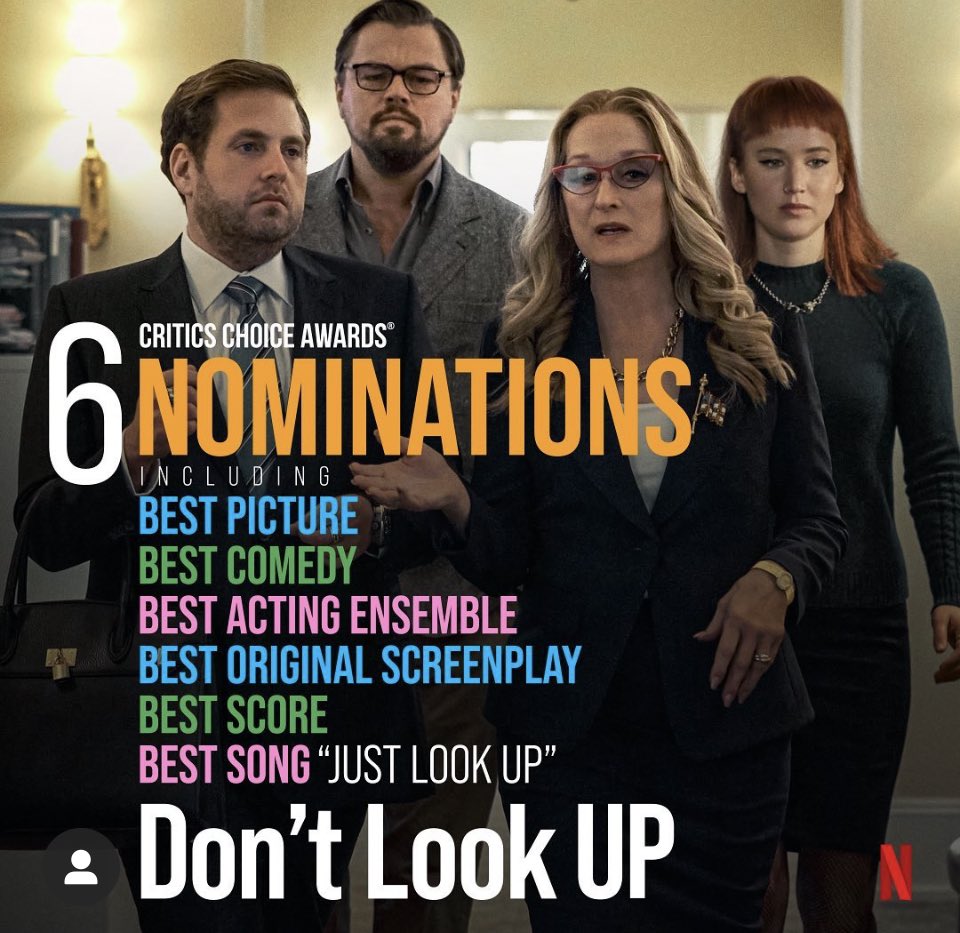 The cast earned another nomination for its cast at the Critics' Choice Movie Awards, including Best Picture, Best Comedy, Best Original Screenplay, Best Score, and Best Original Song. The Society of Composers and Lyricists also recognized the score and song. 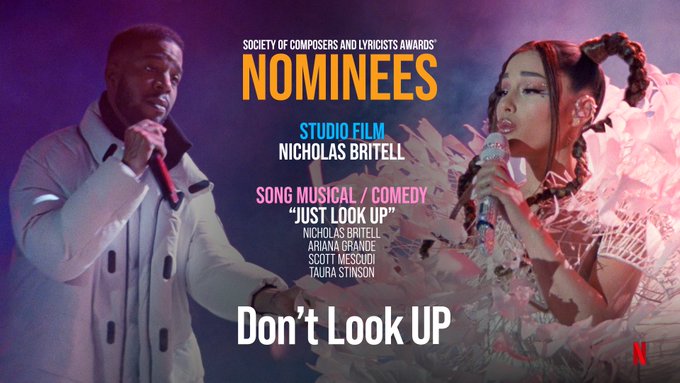 The song is on the Oscar shortlist, so break a leg to be nominated.

That's it for entertainment. I'll return to reality tomorrow for a series of short posts. Stay tuned.
Posted by Pinku-Sensei at 3:50 PM