Politics, government, and diversity in television nominees at the 2022 Golden Globes 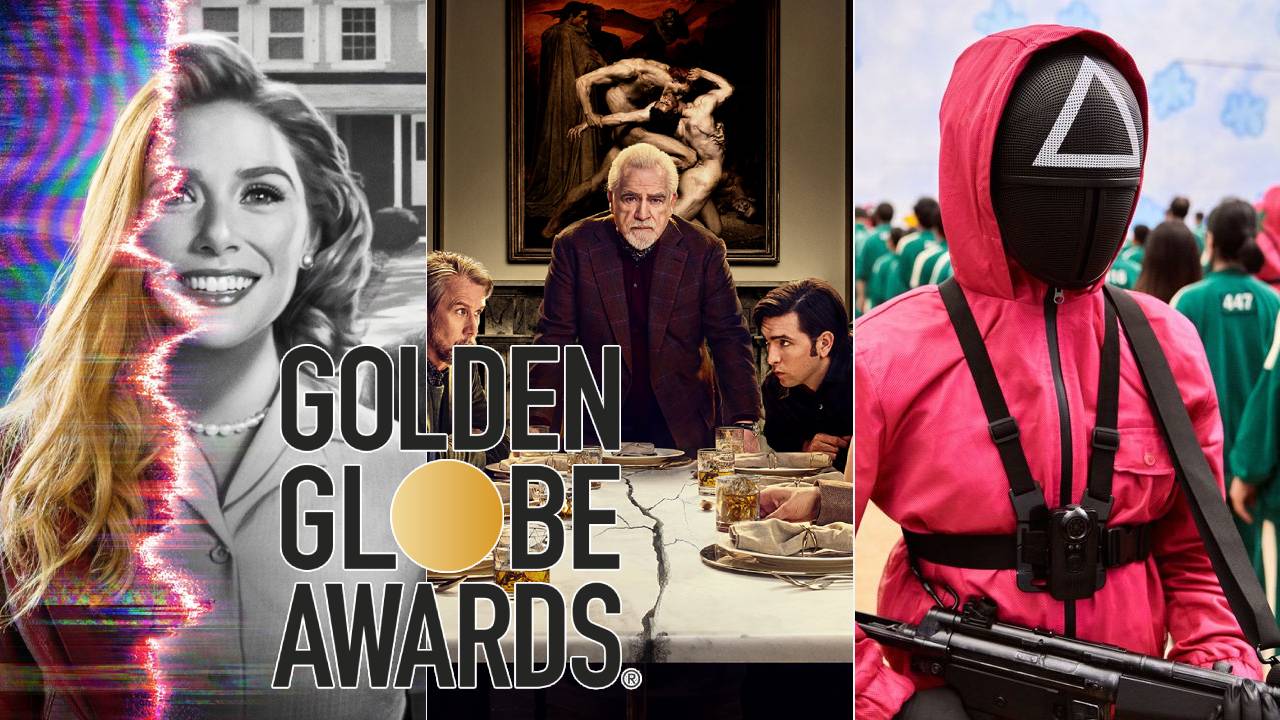 I closed Colbert, Kimmel, and 'The Daily Show' remember January 6th with an entertainment programming note.

Stay tuned for a two-part post about the Golden Globes, despite the scandal that forced it off television this year.

Without any further ado, here are the television nominees at tomorrow night's Golden Globes with handicaps of their chances to win along with analyses of their politics and government content served with side helpings of how well they present diversity.

In addition to "Succession" being the nominee most about American politics, it is both a former winner and the most nominated television series at these awards with five, so I consider it the favorite. While "The Morning Show" has four nominations as the second most nominated drama series and has some political content as a portrayal of a fiction morning news show, it's not my pick to upset. Instead, I think "Squid Game," IGN's Best TV Show of 2021, has that distinction. It's also the nominee with the strongest speculative fiction theme. This is despite "Pose" being the only drama nominee at the Emmy Awards in this field. "Pose," "Squid Game," and "Lupin" also have the most diverse casts. 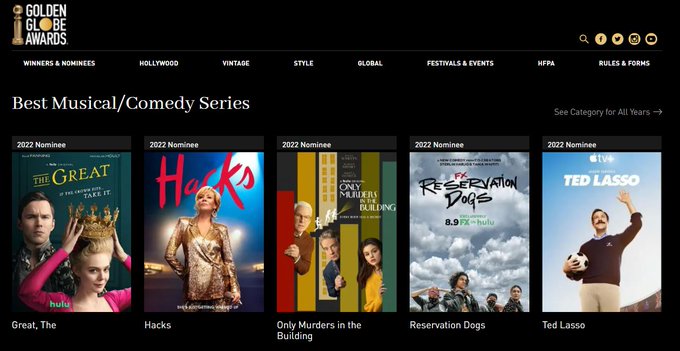 Just like the Emmy Awards, this category is a contest between "Ted Lasso" and "Hacks" that "Ted Lasso" should win as it is the most nominated comedy series with four. Of the two, "Ted Lasso" has the more diverse cast as well, but not the most diverse among the nominees. That distinction belongs to "Reservation Dogs," which also has the strongest speculative fiction themes in the form of magical realism. While police play recurring roles in both "Reservation Dogs" and "Only Murders in the Building," "The Great" has the most government and politics content, as it's a comedic look at a young Catherine the Great of Russia. 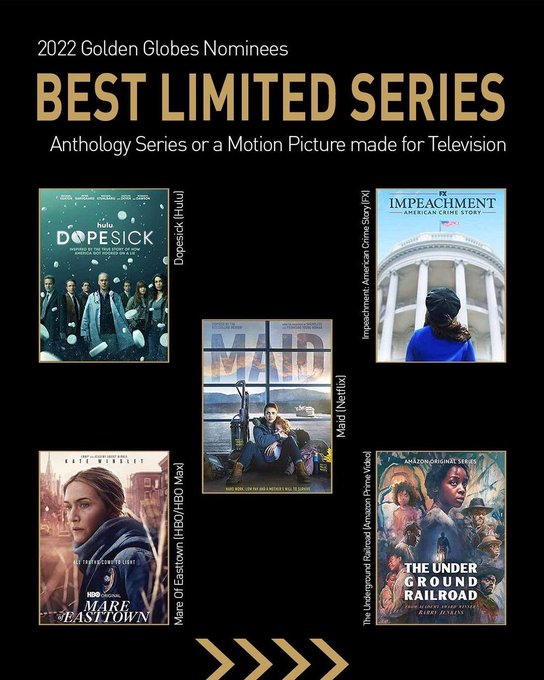 I see this as a three-way contest among Brian Cox, his co-star Jeremy Strong, and Billy Porter in the most diverse field of nominees at these awards. I think Cox is the favorite because he's a former winner and I think he gave a more powerful performance than Strong this season. I won't count out Porter because he's the only 2021 Emmy nominee in the field and a former Emmy winner who might benefit from Cox and Strong splitting the vote. If so, it would be another reminder that electorates matter. 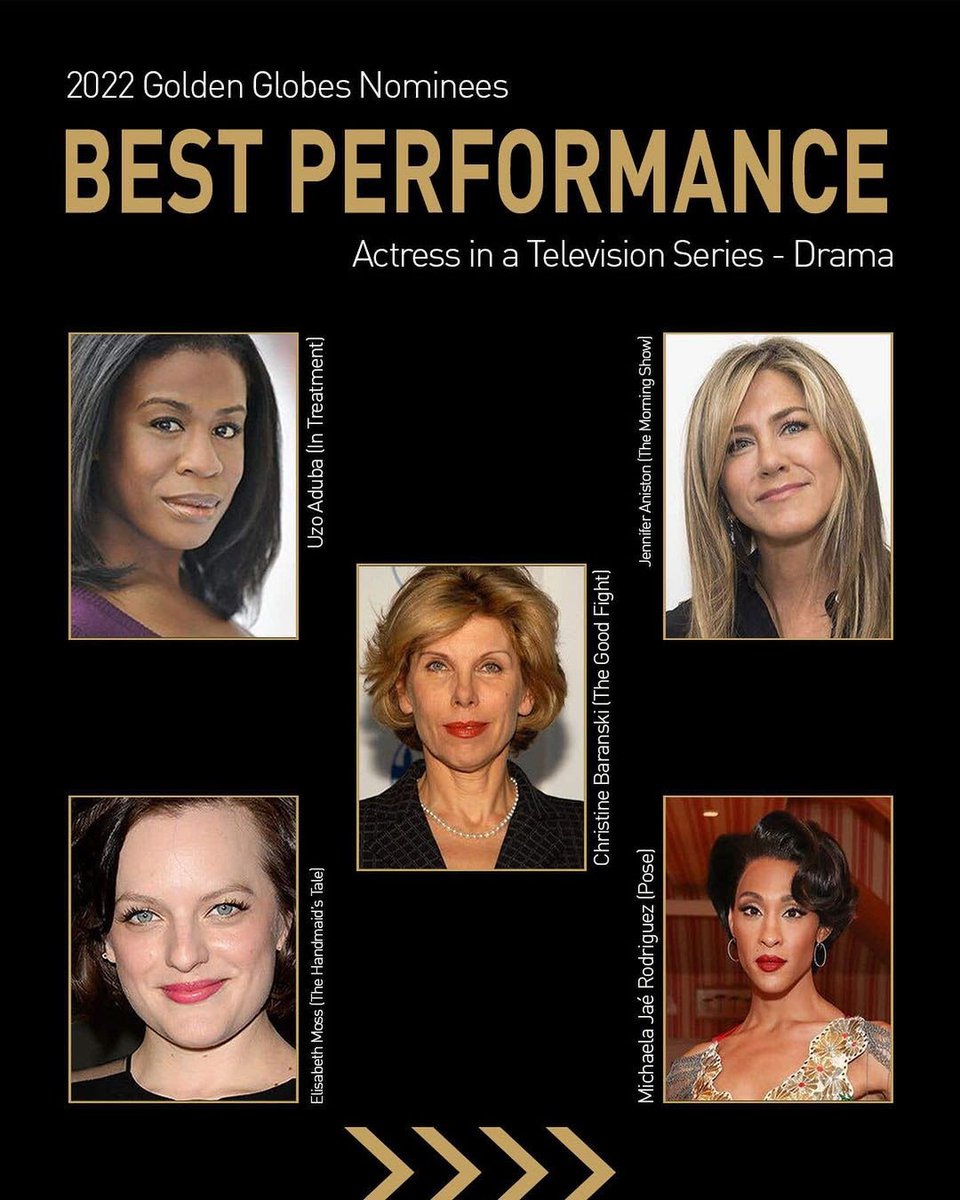 Uzo Aduba, Elisabeth Moss, and Mj Rodriguez are the three Emmy nominees in this field. Moss is also a former nominee along with Jennifer Aniston. Because of this nomination history and her strong performance in the latest season of "The Handmaid's Tale," I think Moss is the favorite, although I'm torn. I would be even more thrilled to see Christine Baranski win for "The Good Fight," but I also think I should just be happy that she's nominated.

Best Performance in a Television Series – Musical or Comedy: Actor

Sudeikis is the returning winner and I think he's the favorite, although I should never count out either Steve Martin or Martin Short.

Best Performance in a Television Series – Musical or Comedy: Actress

I expect Jean Smart will win, just like she did at the Emmy Awards, and I don't even think it will be close.

Best Performance in a Miniseries or Television Film: Actor

Ewan McGregor won the Emmy for "Halston," so I think he's the favorite. Too bad, as I'd rather see Paul Bettany take home the trophy.

Best Performance in a Miniseries or Television Film: Actress

Kate Winslet is the favorite with Margaret Qualley as her main competition. Jessica Chastain is a better known actress, but I think she has a better chance with her movie nomination, which I'll write about tomorrow.

While Billy Crudup and Brett Goldstein are both Emmy winners, they are in a tight race with Kieran Culkin, who has been nominated for three Golden Globes and an Emmy Award for this role. He might just win.

If I had to pick any of the nominees to win, it would be Hannah Waddingham, but any of them could take home the award. It's that close.

That's a wrap for part one. Stay tuned for part two featuring the movie nominees, which will be the Sunday entertainment feature.
Posted by Pinku-Sensei at 4:28 PM