Tom Tomorrow on Ryan and Rand plus bonus anagram

I know I promised "a post reviewing WXYZ's reporting about how the Dream Cruise fuels tourism," but I that will take some time to watch video I don't have right now. Instead, I have some more about Paul Ryan and his relationship to Ayn Rand.

Full-sized version here.
That prompted a couple of commenters to post some macros to point out how the members of the ticket accidentally highlight the relationship between Ryan and Rand. 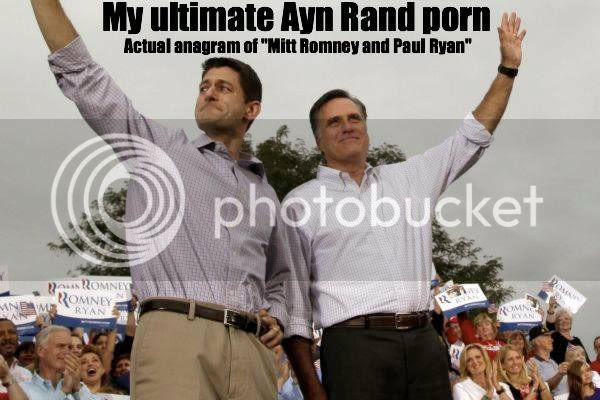 That's a much more impressive version than the one I first saw on Facebook courtesty of Nebris, who got it from Failbook.

In case you doubt the veracity of this anagram, another commenter from Daily Kos prepared this demonstration.

Finally, a diary at Daily Kos describes how Ryan has had to run away from Rand.

A Love Rejected: The Strange and Tragic Story of Paul Ryan and Ayn Rand

Too bad for Ryan that the Atlas Society has preserved Ryan's remarks about how important Rand was to him and reposted them. With friends like that, Eddie Munster hardly needs enemies.