SWEET
That perfect bite of watermelon, that time when a reader left the perfect comment, a picture that a child drew for you: NaBloPoMo is celebrating the sweet things in life this month. In fact, NaBloPoMo is kicking off during a very sweet time of year: the annual BlogHer conference where 4500 people are coming together to meet up with friends and talk blogging. This is the perfect time to jump into daily blogging when the creative juices are running high.

Of course, we're going to have to talk about what qualities make a person be described as "sweet" as well as our favourite candies, the best dessert you ever had, and who is really made of sugar, spice and everything nice.
...
So start thinking about all of your favourite sweet things.

In case you were wondering why I concluded last night's post by observing that the idea of blogging about Ted Cruz's Agenda 21 paranoia for six years "is not sweet," wonder no longer. I was already following the theme.

It turns out that I'm not done with yesterday's entry.


Since Paul Krugman was the one who alerted me to Ted Cruz, I decided to return the favor by leaving this comment on his blog.


Speaking of paranoia striking shallow, do you remember Ted Cruz, who you wrote about in "First, they came for the golf courses"? He managed to survive the Texas senate primary at the end of May. He's in a runoff election for Kay Bailey Hutchinson's U.S. Senate seat in Texas today. Back in May, he lost by 10 percent. As of the most recent poll, he was ahead of his opponent David Dewhurst by 10 percent. The guy who thinks Agenda 21 is a U.N. conspiracy to take away "golf courses, grazing pastures, and paved roads" is likely to be the GOP nominee and therefore the favorite to win in November. He is, as I'm fond of saying one of the GOP's maniacs who are promising people that they can keep their cars, McMansions, and commutes this year. Care to use him to make a point about how crazy the Republican Party has become--again?

This morning, he did. Sweet!

Tee Party
First, they came for the golfers.


So the Republican nominee for Senate in Texas is a man who believes that there is a global plot, led by George Soros, to eliminate golf courses. Also, that states can nullify Acts of Congress.

Politics in the world’s greatest nation.

Never let it be said that Dr. Krugman does not respond to reader requests.


As this is now an Agenda 21 post, it would not be complete without a manatee.

That's not enough. How about some manatees as superheroes?

Finally, do you know what else is sweet? Jell-O. 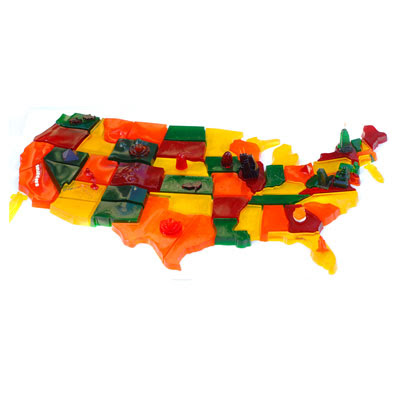