The last time I mentioned the weather, it was getting warmer.

Fortunately, today looks like the end of the coldest weather. Yes, it snowed two or three inches last night, but this afternoon it was above freezing, the sun was out, and the snow was already melting. There's even warmer temperatures on the way as yesterday's weather reports shows.

The warm spell turned out to be evern warmer than expected, as the Detroit Free Press headline says it all: Wacky weather: Region could see record highs today, then plunge back into teens.

As tens of thousands of Michiganders traded parkas for rain gear, Tuesday's temperatures set a new record high of 56 in Flint -- but just missed matching Detroit's record of 58 degrees, set in 1914.

"Almost there -- we got to 57" -- as measured at Detroit Metro Airport, said Sara Schultz, staff meteorologist at the National Weather Service in White Lake Township. The mild temperatures came amid prolonged showers, including periods of heavy rainfall, she said.

That was yesterday. What's today's forecast?

Today, look for more of the same in southeast Michigan, with potential record highs in the upper 50s and rain, Schultz said.

So, are we in store for another short, mild winter like last years? Nope.

Then, it's "back to winter," Schultz said, as thermometers in the Detroit area are expected to plummet to as low as 14 degrees Thursday night and to around 12 degrees on Friday night and early Saturday. 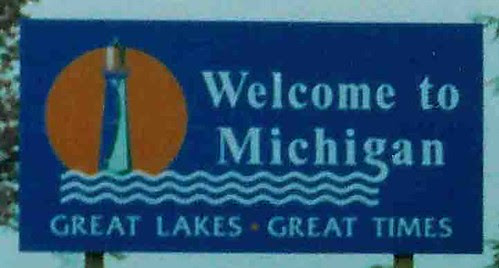