Just last night, I linked to last November's driving update.  Doing so came in handy, as my car's odometer just turned over 215,000 miles on my way home this morning.  That means I drove 1,000 miles in 83 days for an average of 12.05 miles/day and 367.5 miles/month since November 2, 2012, an increase of 0.55 miles/day and 16.9 miles/month over the 11.5 miles/day and 350.6 miles/ month I drove between August and November.  Not bad, right?  Actually, I found that surprising, as I drove as little as possible between December 18th and January 2nd.  I normally would have driven fewer miles per day and taken several weeks more to pass this particular milestone.  In fact, I predicted in the December update on my wife's car's mileage that it would take me until February or March to drive another 1,000 miles.  Obviously, I was wrong.

So, what happened?  First, the regular meetings I go to moved farther away since the previous update, adding more miles.  Second, I joined another committee about improving transportation between campuses of the college where I teach, which means more miles driven to more meetings.  Finally, the weather returned to normal for Michigan in the winter, which means it's just a bit too cold right now to walk to the store.  In fact, two nights ago, when I checked up on the local price for gasoline, I walked three very short blocks to the corner station, made my purchase, and immediately returned home.  The additional long block I was planning on going was just too long for the bitterly cold weather.  Even a brisk 1.5 mile round trip on foot would be completely out of the question.

Just to make the point, WXYZ showed in Frigid temperatures across metro Detroit that it was so cold yesterday that fire hoses froze, warming centers opened up, and schools closed. 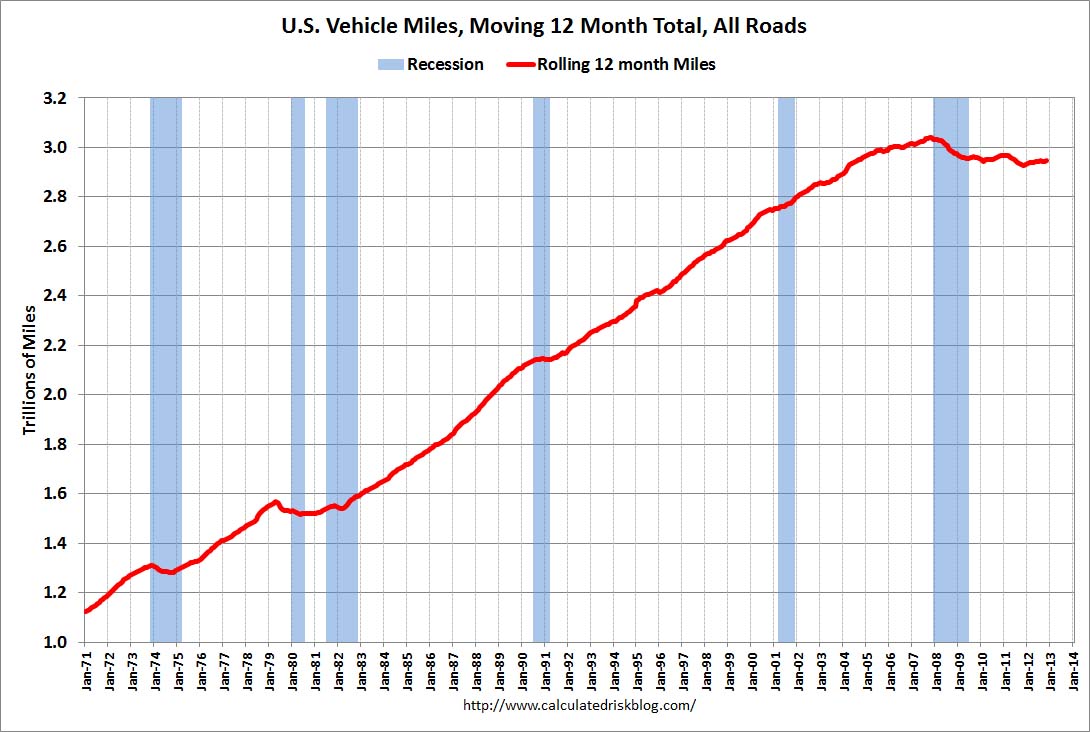 It looks like I'm in good company by increasing the miles driven by Americans over the past month, however slightly.  As for whether I continue contributing to that trend, check back in April, when I expect one or both cars will have turned over the next 1,000 miles.
Posted by Pinku-Sensei at 12:01 AM