25 years on the Internet

I marked an important anniversary five years ago on my LiveJournal in This week marks the 20th anniversary of my being on the Internet.


[S]ometime during the first week of classes in January 1990, I got my first email account at the University of Michigan. In lieu of a longer post, I have two things to say. First, time flies. Second, can any of you top that?

That week is now 25 years in the past, so I've spent the past quarter-century, which is most of my adult life, on the Internet. At the time, I was one of about 1% of the U.S. population using the Internet, as the follow graph shows. 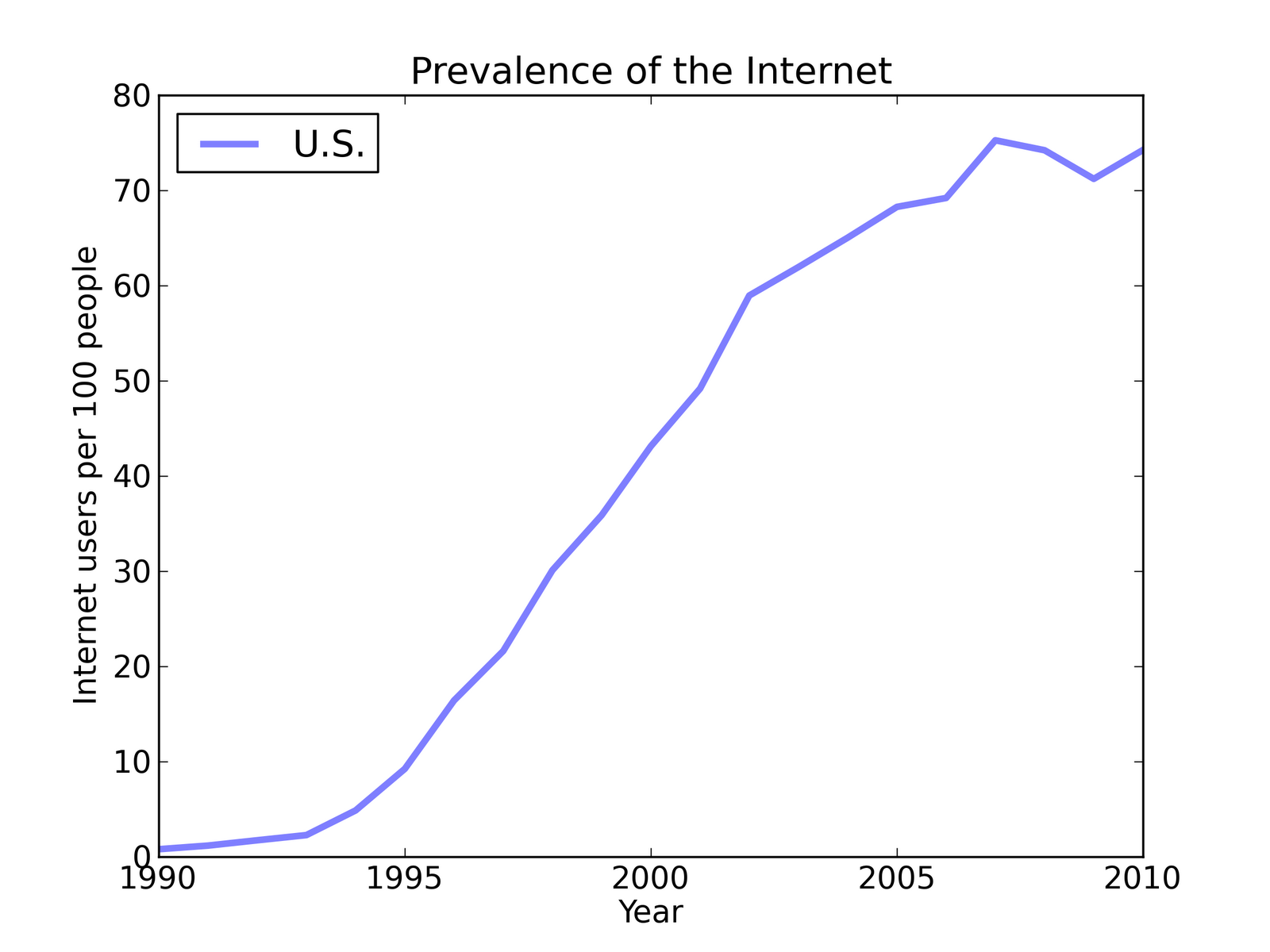 That graph only goes to 2010. Here's one that continues up to the end of last year.

The good news is that the percentage of American adults using the Internet is at an all-time high. The bad news is that a weak economy was able to slow that growth down and even reverse it. The recession of 2008-2009 caused participation among all Americans to decline and the housing bust stalled growth of participation among adults even before that. Only after the recession ended did the percentage of Americans increase again and only during the past couple of years was it able to reach new highs. That does not bode well for internet access during the next recession.

I have more to say about my experience as an early adopter of the Internet. Stay tuned for a planned Throwback Thursday or Flashback Friday entry about that. Also stay tuned for my Sunday entertainment entry.
Posted by Pinku-Sensei at 11:00 PM