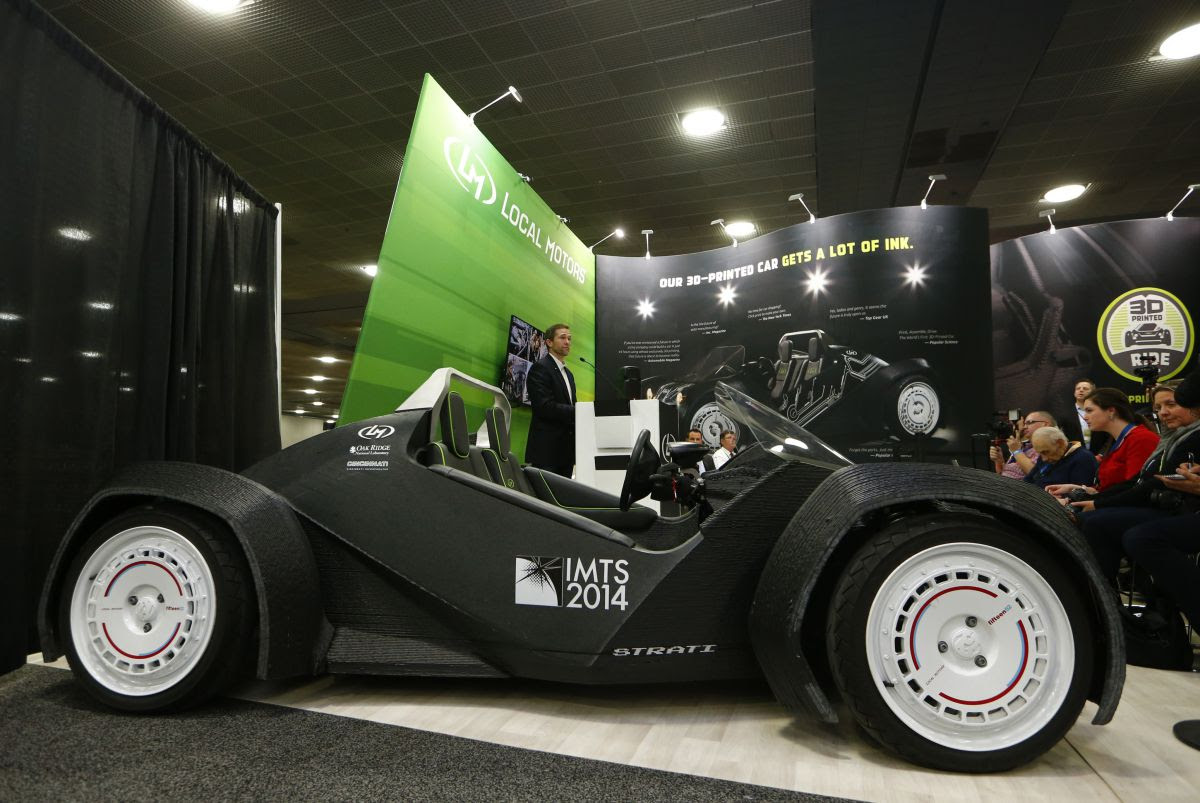 I recommended that my students go to NAIAS as a field trip for extra credit and several of them took me up on the suggestion.  The one exhibit that they all remarked about was the 3D printed car that was being manufactured on the floor of the show.   Here is a video report from last September when the auto made its debut in Chicago: Fully Functional 3D Printed Car Made in 44 Hours - The Know.

The Strati, a fully functional 3D printed car, is being printed, built, and driven by this Saturday.

The demonstration was a success, as GeoBeats by way of Gadgetsbuzz reported in World's First 3D Printed Car.

That was what happened in Chicago last September.  For what happened last week in Detroit that got my students so excited, I refer my readers to The Verge: Local Motors just 3D-printed a car live at an auto show.

Local Motors is building the Strati right on the floor of the North American International Auto Show in Detroit with printing and routing equipment that it brought in just for the occasion. The machines, encapsulated in glass for safety's sake, don't take much more room than a very small apartment (or a very big closet, depending on how you look at it).

The car could be ready for sale to customers as early as later this year.  We live in Science-Fiction Times, or as my friend Nebris puts it, SciFi is Now.
Posted by Pinku-Sensei at 12:40 AM