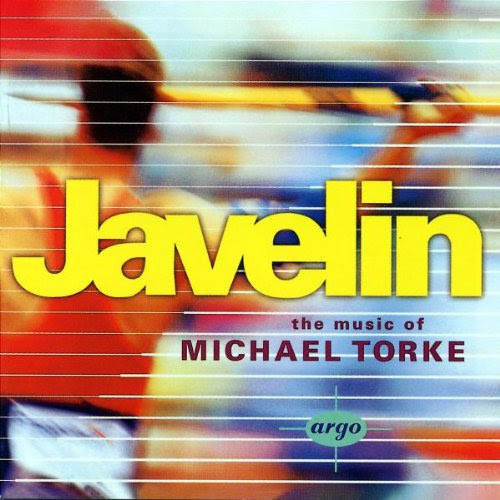 After the Charlie Hebdo terrorist attack in Paris, I feel it's time to revisit the entries I posted in response to the Boston Marathon bombing two years ago.  I find this doubly appropriate since the surviving Tsarnaev brother is coming to trial.

First, an updated version of A musical response to terror.


Here's what I wrote about the piece at the time.

One of Torke's most frequently performed orchestral pieces is Javelin (1994), a "sonic olympiad" commissioned by the Atlanta Committee for the Olympics in celebration of the Atlanta Symphony Orchestra's 50th anniversary season. In the spring of 1996, two different recordings of Javelin were simultaneously released a rare occurrence for a contemporary composition. The first recording, featuring the Atlanta Symphony Orchestra under Yoel Levi, was the fourth all-Torke CD to be released by Decca's Argo label. The second recording is on Sony Classical's Summon the Heroes, the official centenary Olympics album featuring the Boston Pops conducted by John Williams, which reached the Number One position on Billboard's Classical Crossover chart.

From the biography of the composer, Michael Torke.

I chose this piece because three drum corps, Glassmen, Carolina Crown, and Troopers, played arrangements of this music in 2002.  After listening to this inspiring music all summer, I associated it with an act of musical defiance in the face of terror.  After the events of yesterday, I listened to it again in the same spirit and found it heartening.  I hope you do, too.

I found a recording of the Glassmen playing "Javelin" to both open and close a performance: Glassmen 2002 - Toledo Show Encore, June 15.


I was one of those in the audience for this show, so it holds a special meaning for me.

Follow over the jump for the second musical response.

The sequel to the above was Narb suggests another act of musical defiance.

In response to yesterday's musical response to terror, Narb dropped by to offer the following suggestion.

However, Narb is less subtle entity than Mr. Torke (which rhymes with Borkborkbork), and prefers his Corps-style music to be more of the in-your-homely-face variety.

To this end, Narb suggests this short, brassy, Olympic-themed piece. Narb played this last year, and it was a pleasure to watch the ceremonial beheading of the trumpet section at the conclusion of the piece.

Oh, nice choice. I like. Too bad only one corps (Spokane Thunder) has ever played that, and they didn't even go to DCI championships that year (2005).

I found a video of that piece that I thought had better sound and graphics.  Here it is.

Olympiada was written in 1996 (rescored in 2002) to capture the human conditions of intense glory and pain that only the Olympic Games can inspire, while musically tying themes with a historic Greek feel to modern harmonies and melodies. Openig with an Olympic-style brass fanfare to set the tone, this impressive work quickly breaks into a variety of themes and settings representing athletic struggle before recapitulating the fanfare at the end.

May these themes inspire us to be courageous in the face of terror.