2014 in space and astronomy 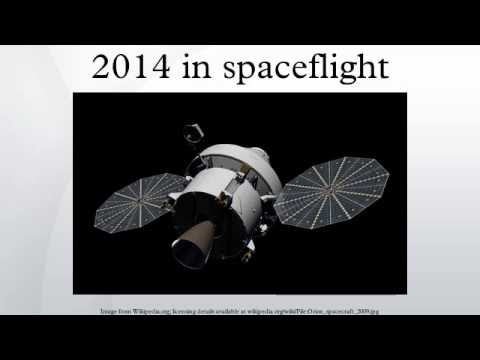 Moving Day is over, so it's time to post from the new house.  To mark the occasion, I'm continuing my series of retrospectives for 2014 with the year in space.  As a firm believer in "if it moves, it leads," I begin this installment with two videos from NASA.  First, 2014 What Happened This Year @NASA

In 2014, NASA took significant steps on the agency’s journey to Mars -- testing cutting-edge technologies and making scientific discoveries while studying our changing Earth and the infinite universe as the agency made progress on the next generation of air travel. Here’s a look at some of the top NASA stories of the year!

As 2014 comes to a close we look back on a few of the events that took place this year at NASA.

As one can see, NASA accentuated the positive, highlighting the Orion test flight.  That mission contrasts with the two disasters one after another described in a bad week for private space.  Those were not highlights of the year in space, although they were big stories.

Follow over the jump for more about the year in space.

Lee Billings of Scientific American begins this section by writing about both the good and bad in The Top Ten Space and Physics Stories of 2014.

From humanity’s first, flawed foray to the surface of a comet to the celebrated discovery of (and less celebrated skepticism about) primordial gravitational waves, 2014 has brought some historic successes and failures in space science and physics. Here are my selections for the top ten stories from this year, with a look forward at what might happen next.

In case the mention of gravity waves looks familiar, it was one of the lowlights I mentioned in The Archdruid picked a good year to be down on science.

Gizmag has a more positive review in 2014: A space odyssey by David Szondy.

It's been a busy year in space. In a mixture of triumph and tragedy, space exploration reached new horizons, tested new technologies, and pushed the limits of the possible in 2014. So as the old year draws to close, Gizmag looks back on the space highlights of the past twelve months.

Wired continues with 13 of the Most Amazing Things Discovered in Space This Year.

Scientists discovered some pretty amazing things in space this year. There were yet more planets, including the first Earth-like one in a star’s habitable zone. Astronomers found what might be a black-hole triplet, stars in the midst of merging into one giant one, and a star made of diamond.

But some of the most exciting things were found right in our own solar system. These discoveries include the first rings ever seen around an asteroid, plumes of water vapor spewing out from the dwarf planet Ceres, a disintegrating asteroid, and what appears to be a new dwarf planet billions of miles away. Oh, and we landed on a comet for the first time. Here are some of the most fantastic astronomical finds of the year, reminding us that space is a truly awesome place.

Note what gets emphasized when someone other than NASA writes the year-end report, Rosetta and Philae, not Orion.  From a scientific persective, that's the bigger space event of 2014.  The comet landing was even named Physics World 2014 Breakthrough of the Year.

The Physics World 2014 Breakthrough of the Year goes to ESA's Rosetta mission for being the first to land a spacecraft on a comet. Nine other achievements are highly commended and cover topics ranging from nuclear physics to acoustics.

Each week our photo editors hand-pick breathtaking photos of space. Of the 350 space photos published in 2014, we bring you our picks for the 12 best of the year.

Finally, Wired looks back at our planet with NASA’s Best Images of Earth From Space in 2014 By Betsy Mason.

There are many great Earth-observing satellites circling the planet these days. Digital Globe’s new WorldView 3 has incredible 30-centimeter resolution, and Planet Lab’s flock of minisatellites may someday soon be able to image every spot on Earth, every single day. But taken together, NASA has by far the best collection of satellites designed to monitor the planet.

Two recent additions to NASA’s fleet are star performers: Landsat 8, the latest in a mission to continuously monitor the Earth’s surface for more than four decades; and Suomi NPP, which has unprecedented capabilities including incredible nighttime sensing. Astronauts on the International Space Station are also capturing some great shots of Earth, and veteran satellites like Aqua and Terra continue to return top-quality data and awesome images.

Here are some of our favorite shots that NASA’s satellites captured of Earth this year, including shots of a volcano erupting on a newly born island, tornado tracks across the Great Plains, the aurora borealis above Russia and dust from the Sahara spreading across the globe. Many thanks to the super team at NASA’s Earth Observatory that finds, processes and researches hundreds of images each year, plucking beautiful scenes out of the incredible amounts of data collected by the satellite fleet, sometimes doing it all in just hours to capture a timely event.

Stay tuned for more retrospectives of the year just past along with looks forward to 2015.