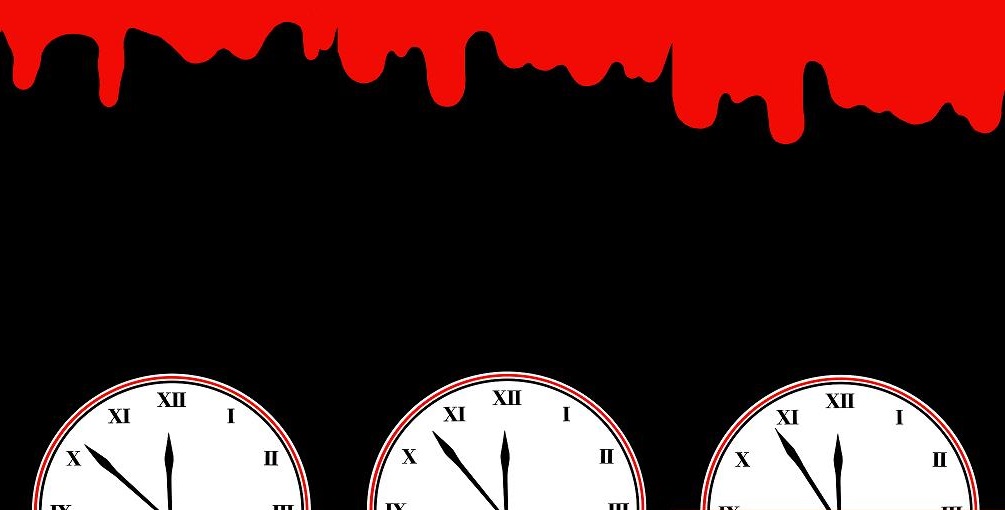 I would be derelict in my duty as a doomer blogger if I didn't report that the Doomsday Clock was advanced to 11:57 (three minutes to Midnight) yesterday.  GeoBeats reports in 'Doomsday Clock' inches closer to midnight.

Officials from the Bulletin of Atomic Scientists have announced that they have downgraded the world’s prospects by two minutes, placing it three minutes to the apocalyptic midnight, due to worsening global climates and the failure to reduce nuclear weapons.

As the report mentioned, this is the closest to midnight the clock has been since 1984.  We lived through that, but it was scary.  From 1984-1988, I gave thanks at the UCLA-USC football game that I got to see another year.  I was that worried about nuclear war ending civilization.  May we be as concerned and as lucky this time.
Posted by Pinku-Sensei at 11:47 AM