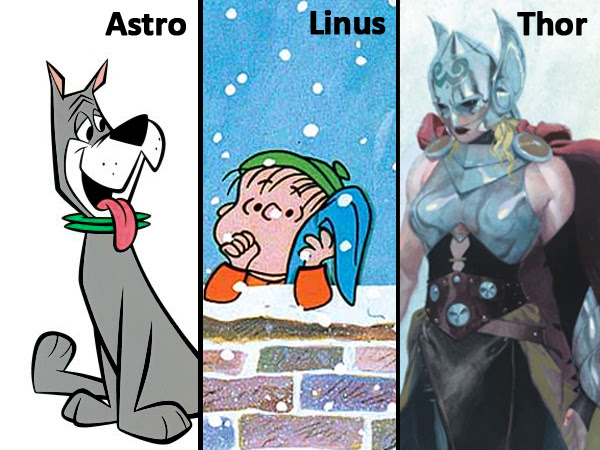 Yes, I couldn't resist the pun.  It was about the only complaint about the name that Andrew Freeman of Mashable as quoted at Philly.com didn't list.


"Worst of all, we're now stuck with winter storm Linus, which TWC says comes from Greek mythology, meaning "a son of Apollo known as a great musician," but everyone knows is a meek character from Peanuts."

Enough snark.  Follow over the jump for the forecast from the National Weather Service.

Here's the meat of the warning.

THE NATIONAL WEATHER SERVICE IN DETROIT/PONTIAC HAS ISSUED A WINTER STORM WARNING FOR HEAVY SNOW WHICH IS IN EFFECT FROM 1 AM SUNDAY TO 7 AM EST MONDAY. THE WINTER STORM WATCH IS NO LONGER IN EFFECT.

* WIND CHILL FALLING TO ABOUT 10 BELOW ZERO...AND POSSIBLY 20    BELOW ZERO BY SUNRISE MONDAY.

* A WINTER STORM WARNING MEANS SIGNIFICANT AMOUNTS OF SNOW IS EXPECTED OR OCCURRING. THIS WILL MAKE TRAVEL VERY HAZARDOUS.

I already went to the store to stock up so I wouldn't have to drive tomorrow.  As for the severity of the storm, if it lasts as long, snows as much, and gets as cold as the current forecast predicts, I doubt I'll be going to work on Monday.

Stay warm and safe, everyone!