Nerdist on the Oscar nominations 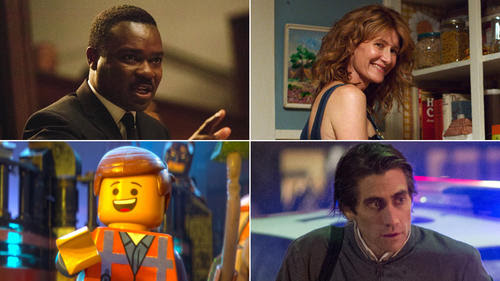 I know that I promised "more about science fiction, fantasy, and politics among the Golden Globes nominees" in Golden Globes music nominees, but my wife and I are having too good a time binge-watching "The Good Wife," one of the Golden Globes nominees, to give such an entry the justice it deserves.  I'll see if I can do that later for the television nominees.  I'll fold my coverage of the movie nominees in with the Oscars.  Speaking of which, I'm sharing Nerdist's take on the Oscar nominations tonight: Lego Movie! Dick Poop! Oscar FAILS 2015! (Nerdist News w/ Jessica Chobot WTFridays).

The results of the 2015 Academy Award nominations are in, we're less than thrilled, Dick Poop drops in to convey his disappointment at the announcement error, and your Best Worst Comment of the Week on Nerdist News WTFridays with Jessica Chobot.

Last year, my number one snub was "Blackfish.".  This year, It's probably the paucity of nominations for "Selma."  I'll have more to say about that tomorrow for MLK Day.
Posted by Pinku-Sensei at 10:02 PM