For Throwback Thursday, I'm going to post something I should have posted two years ago, a conversation in comments between me and Chad/escapefromwisconsin of The Hipcrime Vocab.  It began when I left the following comment at his entry Are you ready for no football?


I hope my post Hipcrime Vocab on the Super Bowl brings you traffic!

Also, if you were watching the game, I bet you found the power outage during the third quarter symbolic.

Chad didn't respond to me at his blog.  He responded at mine.  Follow over the jump for it and my reply and reaction, along with his comment on Predictions vs. reality for Katy Perry at the Super Bowl.

Here's a slightly reformatted version of what Chad left as a comment to Hipcrime Vocab on the Super Bowl.


Yes, I fell out of my chair when the lights went off for a half an hour. The fact that we can't keep the lights on for the duration of the superbowl sounds like something that would happen to a banana republic rather than the world's only superpower. I think Yves Smith of Naked Capitalism summed it up best:

"When I went to New Orleans three years ago, it was clear it was the future of America: visible poverty and decaying infrastructure. And this is yet another sign the US is firmly in third world territory. Please name a similar level screw up (with so many ad dollars at stake!) for the single biggest sporting event in a first world country. I can only hope the rest of the US carries our decline off with as much character and good humor as the Big Easy."

We weren't too poor, however for this:


Taxpayers have spent at least $471 million on the Superdome since Hurricane Katrina, allowing a state reeling from the nation’s most-expensive natural disaster to keep its pro sports teams and rebuild a part of downtown destroyed by the 2005 storm. Benson, meanwhile, is worth $1.6 billion, according to the Bloomberg Billionaires Index, after acquiring the National Basketball Association’s New Orleans Hornets, a 26-story office tower that houses state agencies and a mall next to the stadium.

The Super Bowl’s return for the first time in 11 years marks a cultural rebirth because “the five Fs of Louisiana are faith, family, food, football and fixing flats,” James Carville, a political consultant and the co-chair of the title game host committee with his wife, Mary Matalin, said on a conference call with reporters. PricewaterhouseCoopers LLC has said the game will generate $185 million in direct spending.

The public has supported that culture by paying for the Superdome, subsidizing the Saints and guaranteeing that Benson would have state leases for about two-thirds of his tower. Team President Dennis Lauscha said Benson helped lead rebuilding in a neighborhood mostly abandoned by businesses after Katrina.

U.S. taxpayers spent about $10 billion more on stadiums and arenas for professional sports teams than had been forecast, according to a 2012 book by Judith Grant Long, a professor of urban planning at Harvard University.

The costs of land, infrastructure, operations and forgone property taxes add 25 percent to the taxpayer bill for the 121 sports facilities in use during 2010, increasing the average public cost to $259 million, or $89 million more than the $170 million commonly reported by the sports industry and media, Long says in the book “Public/Private Partnerships for Major League Sports Facilities.”

Benson, 86, who made his money in car dealerships, banks and real estate, bought the Saints in 1985 for $70 million, preventing a possible move to Jacksonville. He often waves a fleur-de-lis umbrella after wins in a sideline dance known as the Benson Boogie.

Yep, the rich are literally dancing on the sidelines. And both sides are managed by brothers, kind of like the Carville/Matalin duo. But what I found most sad was the ad for Toyota showing the former pride-and-joy of the U.S. space program, the space shuttle, slowly being hauled down a boulevard to cheering crowds to be mothballed while towed by a Japanese-made truck. I wonder how many people picked up on that symbolism. Eventually even the densest Americans are going to get the message. Pass the bananas.

Welcome to another example of Americans being quite clear about their screwed-up priorities.   Americans demand their amusements.  As my friend Nebris says in a quote he attributes to me, "Americans will take all manner of social, economic and political abuse, but will rise up with righteous fury when you disturb their Entertainment."

I didn't respond to Chad directly in the comments at the time.  Instead, I mentioned his comment obliquely in Videos about the Super Bowl blackout.


I've only seen Escape on my blog once, commenting on Matt Taibbi and Mike Lofgren are on the same page about the global rich.  I wouldn't mind him commenting more.

He showed up in comments to this entry and to sex in space.  I should really answer him directly, about the blackout.  Instead, I'm going to phone it in for now and post some video responses.

I didn't answer him directly until last year.


This is such a good response that I've been delaying responding to much of it for a year. I think that means that it deserves an entry of its own. Stay tuned.

A year later, I finally got around to it. 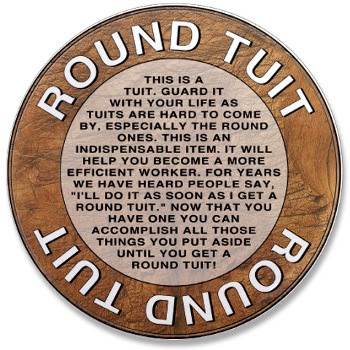 As a bonus, here's the exchange we had over this year's Super Bowl entry.

Me: Chad, thanks for the memes. Stop by any time. You're always welcome.