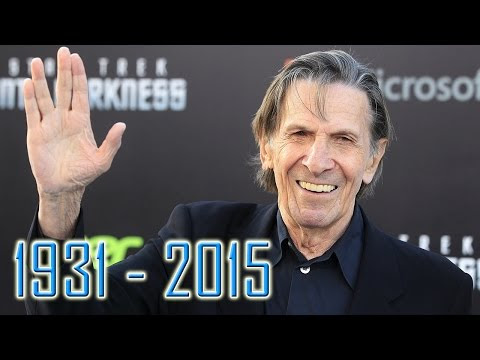 Yesterday, the news came that The Original Spock, Leonard Nimoy, Has Passed Away.  The Know reports.

Leonard Nimoy, who popularized the character of Mr. Spock on the original Star Trek series, has passed away at the age of 83.

That's a very good obituary, but it doesn't capture why the man and his best known role were so important to all the people who posted about his life and death on social media.  For that, I turn to Ben Casselman of FiveThirtyEight's Rest In Peace, Mr. Spock.


[T]he ideals that Spock embodied — that logic can point the way to morality, that evidence is the basis for truth, that curiosity matters more than dogma — were powerful influences that resonate even as the show’s hackneyed plots and on-the-cheap special effects have come to feel dated...

“Star Trek’s” reputation for progressivism is often overstated. Female officers wore short skirts, Captain Kirk was a walking sexual harassment lawsuit and the one black cast member was essentially a glorified telephone operator. Even the show’s famed interracial kiss only happened when both characters were possessed by aliens.

But in its belief in the power of science, Star Trek truly was progressive. Unlike the fundamentally anti-technology “Star Wars,” “Star Trek” was driven by a utopian belief in the power of science and technology to eliminate poverty, end war, cure disease and overcome prejudice. Spock, the Enterprise’s tricorder-toting science officer, was the embodiment of that spirit.
...
In Nimoy’s portrayal, Spock is dispassionate but not cold; his reliance on logic is driven by his belief in its power to do good.

In his eulogy for Spock at the end of the “Wrath of Khan,” Kirk says of his friend: “Of all the souls I have encountered in my travels, his was the most human.” That’s a message all of us odds-quoting data nerds can get behind.

Nimoy has passed, but Spock lives on.
Posted by Pinku-Sensei at 8:28 PM