The case for colonizing space

I warned about what could go wrong with the future in Burning all fossil fuels could melt Antarctica.  What, from my perspective, could go right?  We could be able to continue to explore space.  WatchMojo explains why that would be a good idea in Top 10 Reasons To Live On Another Planet.

Space – not only the final frontier, but also humanity's future... if we so choose.

As I wrote in Stephen Hawking is a Crazy Eddie:

Dr. Hawking expresses the ultimate reason why I support space exploration.  Not only is it a sign of an advancing technological civilization, it's a way to avoid collapse altogether.  There are worse consequences from the archetypal science-fiction tragic plot of withdrawing from space than mere loss of technological superiority.  It could ultimately lead to extinction.

Follow over the jump for how another Crazy Eddie, Elon Musk, thinks we might be able to colonize Mars.

Tesla CEO Elon Musk suggested Wednesday on the Late Show with Stephen Colbert that Mars could be "terraformed" through nuclear strikes to destroy its polar ice caps. Terraforming is the hypothetical process of altering a planet's environment to make it capable of supporting terrestrial lifeforms.

The average temperature on Mars is similar to that of Antarctica in winter. Destroying the poles may warm the planet, but scientists told the Los Angeles Times that this may not warm Mars enough and could also lead to unknown changes in its terrain.

Another method Musk suggested would be heating the planet through greenhouse gases, but this also faces problems as Mars' current levels of carbon dioxide are potentially suitable for plants, but poisonous to animals.

Yes, Elon Musk is definitely a Crazy Eddie, too.  I approve, even if I'm not sure his plan will lead to a "Blue Mars." 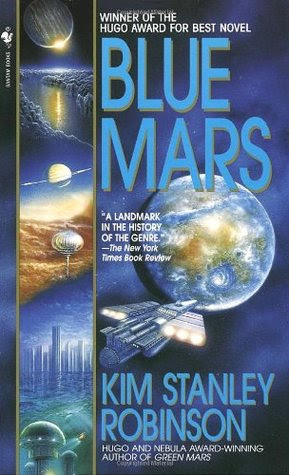