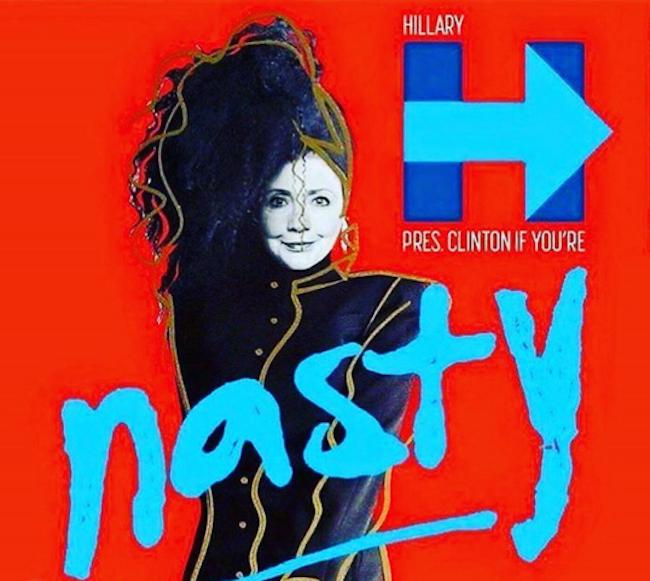 I'm posting the Sunday entertainment entry a day early because tomorrow is Wester, so I'm dedicating the Sunday entry to wish my readers a Happy Wester.  For today, I'm following up on an entertainment angle of the third debate, the reaction to Donald Trump calling Hillary Clinton "such a nasty woman."  Wochit Entertainment reports Janet Jackson’s ‘Nasty’ Streams Go Up After Donald's Debate Comment.

On Wednesday Night the final presidential debate took place with Donald Trump and Hillary Clinton. This time Donald did not cease to surprise people when he referred to Clinton as a “nasty woman”. However after the debate streams of Janet Jackson’s song “Nasty” skyrocketed on Spotify. Streams of the 1986 song went up 250 percent overnight. Clinton supporters embraced the term. They took the term back as a sign of empowerment. Donald made the comment as the two debated over Social Security and Medicare.

Clinton is a Nasty woman according to Donald Trump. Nobody knows Nasty the way Janet knows Nasty.

That only took a day to appear on YouTube.  If the election inspires more silly entertainment like this, it might almost be worth it.
Posted by Pinku-Sensei at 12:00 AM