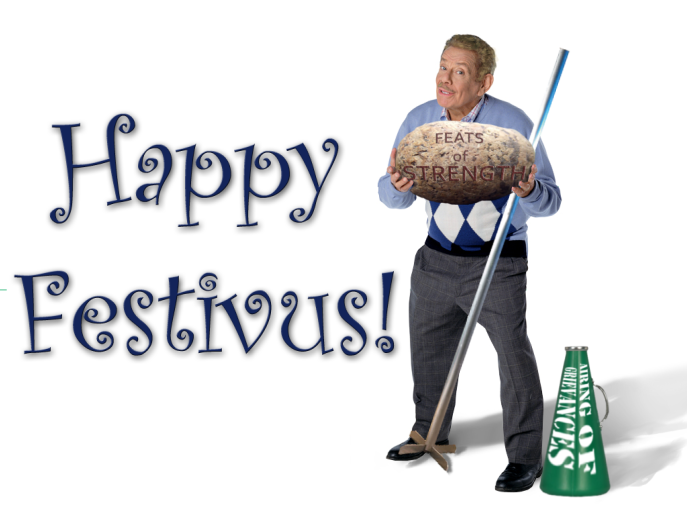 I may be a doomer here at Crazy Eddie’s Motie News, but I love holidays, including fake ones.  Here’s one more to add to the list--Festivus!  I’ll let the cast of Seinfeld explain.


A brief History. As told by George Costanza of the NBC Show Seinfeld.

I do enough airing of grieveances here the rest of the year.  If you want to read some, I recommend Kunstler's rant from today about Helicopter Ben’s last press conference.  If you want a humorous take on that tradition, surf over to Wonkette, which is snarking on Rand Paul on Twitter and making fun of Mitt Romney a Man of the Year award.  As for feats of strength, forget it.  I’m on vacation!
Posted by Pinku-Sensei at 4:02 PM