Facts and fancy about feisty lemmings for the first Norther of 2017! 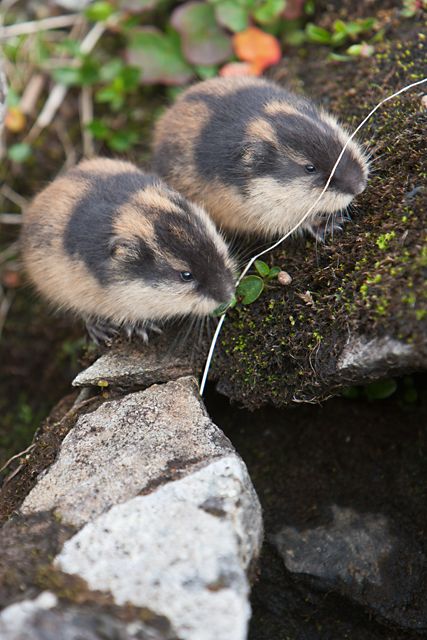 Happy Norther!  What is Norther?  It's a fake holiday created by John Michael Greer the Archdruid in response to my telling him about Wester and its animal mascot, the Wester Squirrel.

Enough of the salutations -- time for the celebration.  In lieu of the Norther Lemming dropping off presents into the ocean, I'm taking a cue from Silly Squirrels for Happy Wester 2017!  Here are three videos showing lemmings being entertaining, although 3 Facts About Lemmings from SciShow does more telling than showing.

Lemmings are small, thickset vole-like animals that live in the Arctic tundra. They live in a harsh environment, are super-cute, kinda mean, and totally misunderstood. But here at SciShow we're going to set the record straight with 3 Actual Facts About Lemmings.

The humble lemming isn't exactly known for its ferocity. Yet this particular rodent will try to fend off all predators. Chris Packham takes a closer look at this very unusual creature.

Wow!  That's one fierce little animal!  Perhaps that's why lemmings took on the roles of warriors in Norm of the North.


This is still Sunday, so count this clip as the entertainment feature for today.  Yes, Entertainment Sunday still exists, even though I'm doing much more searching for a good fantasy than dealing with reality these days.

Once again, Happy Norther!
Posted by Pinku-Sensei at 12:00 AM