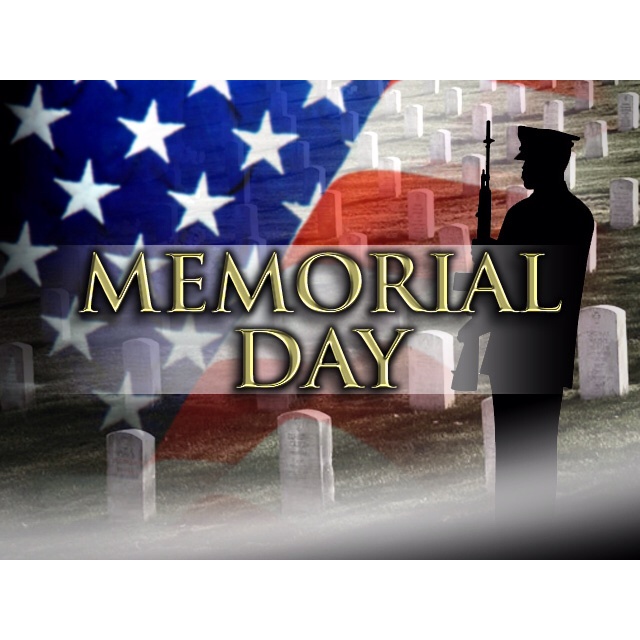 Tomorrow is Memorial Day.  Expect something serious for the first time since U.S. leaving Iran nuclear agreement pushes U.S. oil price above $70 plus driving update for May 2018: Pearl.  I have had enough of entertainment for now!

So I concluded of 'Solo' earns Pyrrhic victory over 'Deadpool 2' at the box office and so I shall proceed.

CBS News puts its viewers and my readers in the proper frame of mind by explaining Why you shouldn't say "Happy Memorial Day."

To some people, Memorial Day simply means the start of summer and an enjoyable three-day weekend. However, many veterans feel the true meaning of the holiday has been lost. Here's why many vets think you shouldn't say "Happy Memorial Day."

Continuing with the serious tone, the strings of The United States Army Field Band AKA the Six-String Soldiers play Battle Hymn of the Republic for Memorial Day.

For those that made the ultimate sacrifice. As a tribute to the fallen for Memorial Day, Six-String Soldiers perform Battle Hymn of the Republic.

Steve Martin once joked that it was impossible to play a sad song on a banjo.  This video almost proves him wrong.

It is possible to play a sad song on a bugle.  Watch and listen to MLive's Memorial Day ceremony at Great Lakes National Cemetery to hear it.

Have a somber Memorial Day, everyone.
Posted by Pinku-Sensei at 9:16 AM