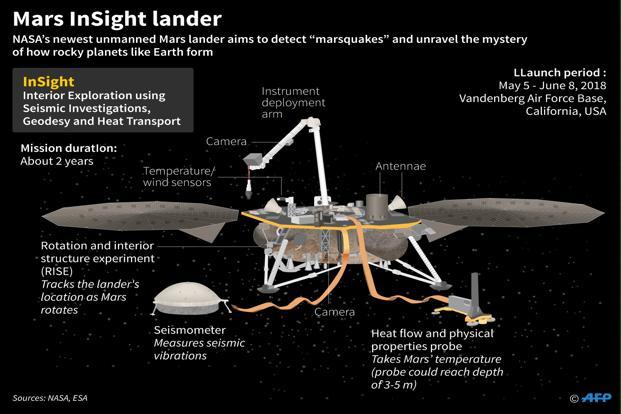 I'll take a break from the Saturn Awards to return to reality tomorrow.  Right now, I'm planning an an entry about the latest Mars lauch.  Stay tuned.

So I ended 'Black Panther' vs. 'Wonder Woman' at the Saturn Awards for a late Free Comic Book Day and so I shall proceed.

NASA’s InSight spacecraft just launched to Mars. Equipped with cutting edge instruments to study Mars’ crust, mantle, and core, InSight will provide a never-before-seen look at the red planet’s inner workings. The Verge’s Loren Grush visited Vandenberg Air Force Base for the launch, which marks the beginning of InSight’s six-month journey to Mars.

That video did a good job of conveying the experience, but did not explain the science as well.  For that, I'm turning to Seeker's NASA Just Launched a Mission to Mars to Dig Deep Inside the Planet’s Core.

NASA just sent a robotic probe on a mission to Mars! Here’s what it’ll explore.

That looks like great science that I can use in my geology classes — next year.  Here's to Mars InSight succeeding so the wait is worth it.
Posted by Pinku-Sensei at 12:00 AM