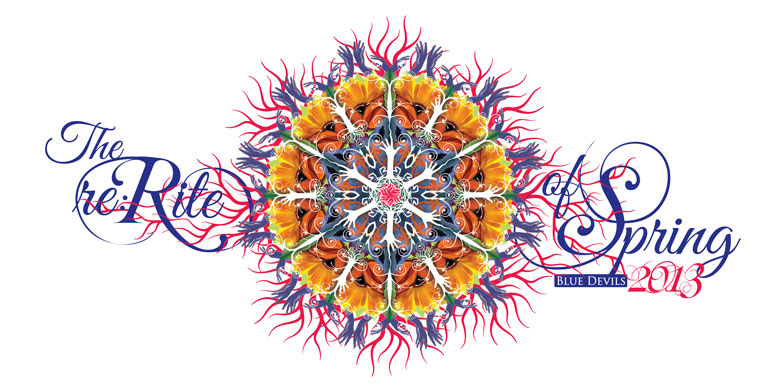 A Happy drum corps May  Day!  For this year's celebration, I'm presenting a show that involves both dancing around poles and a ritual about the season, 2013 Blue Devils - The re:Rite of Spring.*  Here's the official clip from Drum Corps International.


That's not enough, so I'm also sharing a clip of the closer to complete the show.


I think these poles with this music work just as well as a maypole for the occasion.

As for next year, I can post videos of 2013 Phantom Regiment with their fake trees, upload clips of 1978 Guardsmen and 1978 and 1979 Santa Clara Vanguard for actual drum corps maypoles in motion, or abandon the idea and return to an idea I've been avoiding for four year, the socialist meaning of May Day.  The first and last ideas have videos, while the middle idea does not.  I rather hope someone else uploads them instead, as I'm lazy.  Anyone, anyone, Bueller, anyone?

*One of my friends who marched with me in the Anaheim Kingsmen 40 years ago suggested this show.  My original response was "Those are Festivus poles, not maypoles!"  I had been thinking of using this show or something like it for Festivus for two years, but I'm using it now, as  I now have something else planned for this year's Festivus.  So, Blue Devils for May Day it is; some resources are better used now instead of being conserved.
Posted by Pinku-Sensei at 12:00 AM