'The Orville' vs. 'The X-Files' and 'Doctor Who' at the Saturn Awards 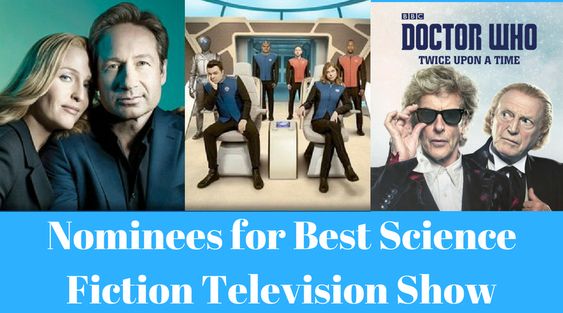 Yesterday, I exclaimed "I finally get to write about the nominees for Best Science Fiction Television Show!"  Yay!

Here are all the nominees in the science fiction television category from File 770.

For my choice, I'm recycling it from How did my Saturn Awards television submissions fare? O.K., I guess.


As for my vote, it will probably go to "Colony" unless...enough "Doctor Who" fans convince me otherwise.  The latter is the one show in this category that earned a Hugo nomination.  Come on, convince me in the comments.

No "Doctor Who" fans did, so I'm voting for "Colony."  That doesn't mean it will will.  The trophy could go to just about any of the nominees, especially "The Orville" or "The X-Files," although I think "The Expanse" is better than either.

Follow over the jump for the other categories in which "The Orville," "The X-Files," and "Doctor Who" were nominated.

Here are the relevant categories along with my comments from 'The Walking Dead' vs. 'American Horror Story: Cult' plus Saturn Awards for the seventh year of Crazy Eddie's Motie News.  As I did for the movie nominees, I'll only add a comment if I didn't say anything about any of the science fiction nominees.  Otherwise, I'll just quote and move on.

Kyle MacLachlan would also be an entertainment insiders choice.  However, I'm sure there aren't enough of them voting, so I'm not optimistic about his chances of winning.

On the other hand, I think Gillian Anderson could pull off an upset as well.  She has support from both professionals and fans.  Adrianne Palicki, on the other hand, should just be happy to be nominated.

Now for a category I examined in 'Twin Peaks' vs. 'Doctor Who' at the Saturn Awards. 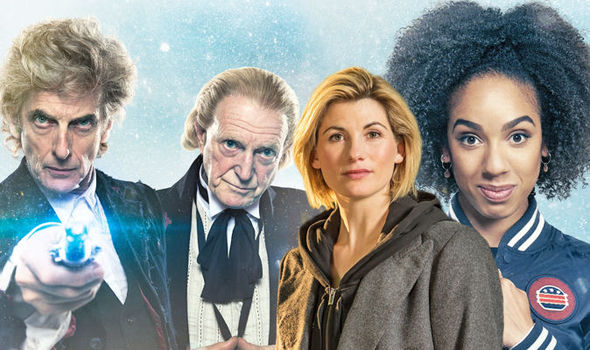 I begin my comments by being a good environmentalist and recycling what I wrote about this category from How did my Saturn Awards television submissions fare? O.K., I guess.


[T]hree of my submissions here got nominated, two in this category, the Doctor Who Christmas Special: "Twice Upon a Time" and "Okja."  In addition, "Twin Peaks," which I nominated for Action/Thriller, ended up here where I thought it really belonged but didn't have confidence that the selection committee would place it properly.  In addition, I was expecting "Channel Zero" to be nominated and hoping it would be classified as a presentation as well.  Joining the four I submitted or predicted are "Descendants 2," "Mystery Science Theater 3000: The Return," and "The Sinner."  I'd have missed the first, but the latter two are the kinds of shows I might have submitted instead of "Genius" and "Year Million" had I been paying more attention.

Out of all of these, I think "Twin Peaks" is the favorite.  There are a lot of "Doctor Who" fans out there, but I don't know how many of them have paid for memberships.  On the other hand, I'm pretty sure a lot of already paid members are "Twin Peaks" fans.  The show that probably deserves more attention is "Okja," which won for Feature Film at the 2017 Environmental Media Association Awards for film and television.  On the other hand, "The Sinner" might get more attention at the Emmy Awards.  Here, I don't know if it has enough speculative fiction elements for this electorate.
...
As for me, I wrote in April "out of this group, I'd probably vote for the Doctor Who Christmas Special unless I get more excited about 'Okja.'"  That's still true, even if I think "Twin Peaks: The Return" has the inside track.

Tomorrow will be the last entry about the Saturn Awards, as I will examine home entertainment.  After that, I get to vote.