Vox explains how a warming Arctic can cause extreme weather 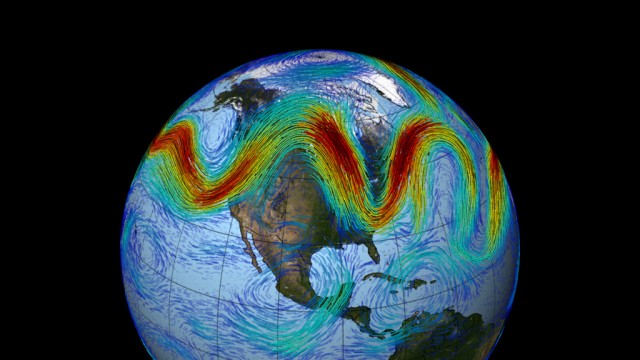 On my Facebook timeline yesterday, I wrote, "The air conditioning is on and I'm wearing shorts. Meanwhile, the Forsythia are finally blooming and the trees haven't budded out yet. It feels like this part of Michigan went directly from winter to summer today."  A friend of mine who still lives where I grew up replied, "and we have rain and snow in the mountains here in So. Cal."  My response was one I used in CNN on extreme weather this Independence Day weekend, "chills and fever."  I then followed up with How a warmer Arctic could intensify extreme weather from Vox to make the point that the cold weather in California this late could still be the result of climate change.

Is there a link between the vanishing Arctic sea ice and extreme weather?
Some prominent climate researchers think so. That’s because warming temperatures in the Arctic are altering the behavior of the polar jet stream, a high-altitude river of air that drives weather patterns across the globe. As the winds that propel the jet stream weaken, storms, droughts, and extreme heat and cold move over continents at slower rates, meaning bad weather can stick around for longer.
Eli Kintisch reports aboard the Norwegian research vessel Helmer Hanssen about how changing conditions at the top of the world could be impacting weather far away.

I showed this video to my students during the last lecture this past semester and they were suitably impressed.  I hope my friend, who I suspect is a climate change skeptic, was as well.
Posted by Pinku-Sensei at 11:41 AM