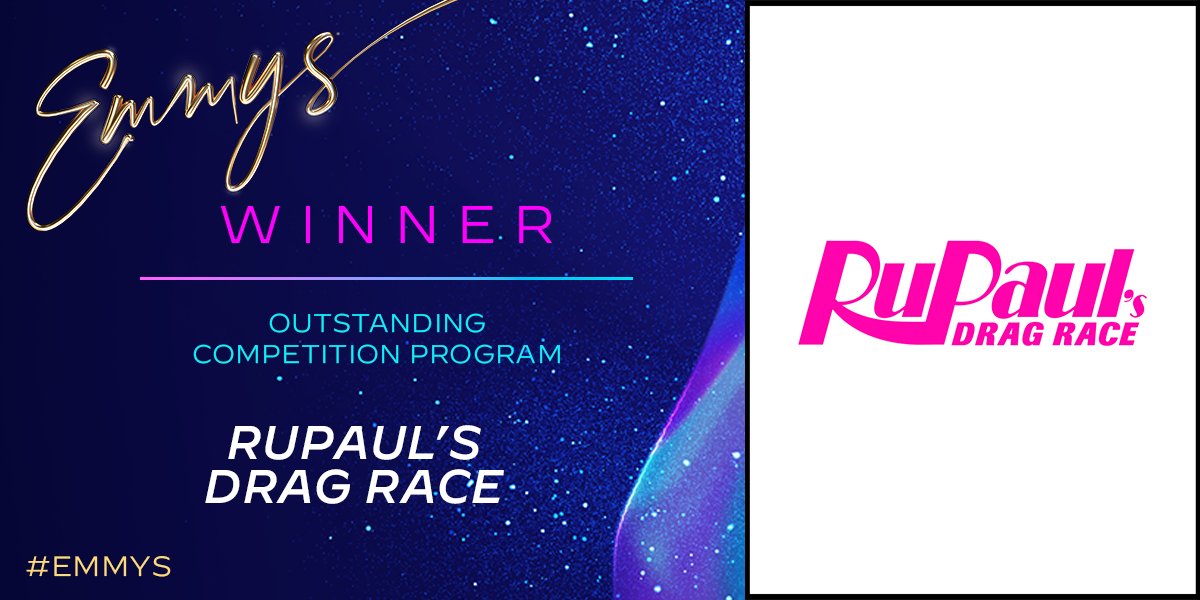 I wrote that I might continue with the Emmy Awards next at the end of Politics, government, and diversity among movie nominees at the 2021 Golden Globes, but U.S. passes 500,000 deaths from COVID-19, a pandemic update intervened. Hey, priorities. That written, it's time to pick up where I left off in Emmy-winning comedy series feature diversity in front of and especially behind the camera for Black History Month. Without any further ado, here is the Television Academy's 72nd Emmy Awards: RuPaul's Drag Race Wins for Outstanding Competition Program.

I concluded 'Queer Eye' leads structured reality program nominees at the Emmy Awards while 'preaching love, acceptance, pride, and compassion' by writing "'RuPaul's Drag Race' is competing at the Primetime Emmy Awards for Outstanding Competition Program. That can wait, so I'm skipping to television movies for the next installment of this series." I never wrote that entry, but if I had, I would have observed that the show won this category in 2019, so I expected it would win again. I was not not disappointed.

On the other hand, I did predict that "RuPaul won this category last year and the year before and I expect he'll win again." Watch 2020 Creative Arts Emmys: Host for a Reality or Competition Program from the Television Academy to see that prediction come true.

RuPaul from RuPaul's Drag Race wins the Emmy for Outstanding Host for a Reality or Competition Program.

In addition to the two awards above, which I expected, IMDB listed the other four Emmy Awards the show won, including two that I thought would go to "Queer Eye," Outstanding Casting for a Reality Program and Outstanding Picture Editing for a Structured Reality or Competition Program, although I did write that "RuPaul's Drag Race" could upset "Queer Eye" for casting. On the other hand, I expected it would repeat in Outstanding Contemporary Hairstyling for a Variety, Nonfiction or Reality Program and I'm not all that surprised that it won Outstanding Contemporary Makeup for a Variety, Nonfiction or Reality Program (Non-Prosthetic). Congratulations to RuPaul and the entire Drag Race crew!

The team from Queer Eye wins the Emmy for Outstanding Structured Reality Program.

Congratulations on the win and on being a good show for inclusion and mutual respect, to say nothing of great fashion and grooming tips!

I have a couple more Emmy posts to write between now and the end of the month, so stay tuned.
Posted by Pinku-Sensei at 8:03 PM