Time for another driving update.

This evening, Yuki the Kia* reached a major milestone when her odometer turned over 210,000 miles.** That means it's time for another driving update to see if I'm still doing my part in driving less.

The last time Yuki's odometer turned over was on June 20, 2011, when she passed 209,000 miles. That was exactly 100 days ago, which means I've driven an average of exactly 10 miles per day. Expressed in months using 30.5 days/month, that's 305 miles/month. That's not as low as the 300 miles/month I averaged at the last update, but it's still less than the 308 miles/month I averaged between December and March. I'm still doing my part to keep the number of miles driven by Americans down, as shown by the following graph from Calculated Risk, which came out late last week. 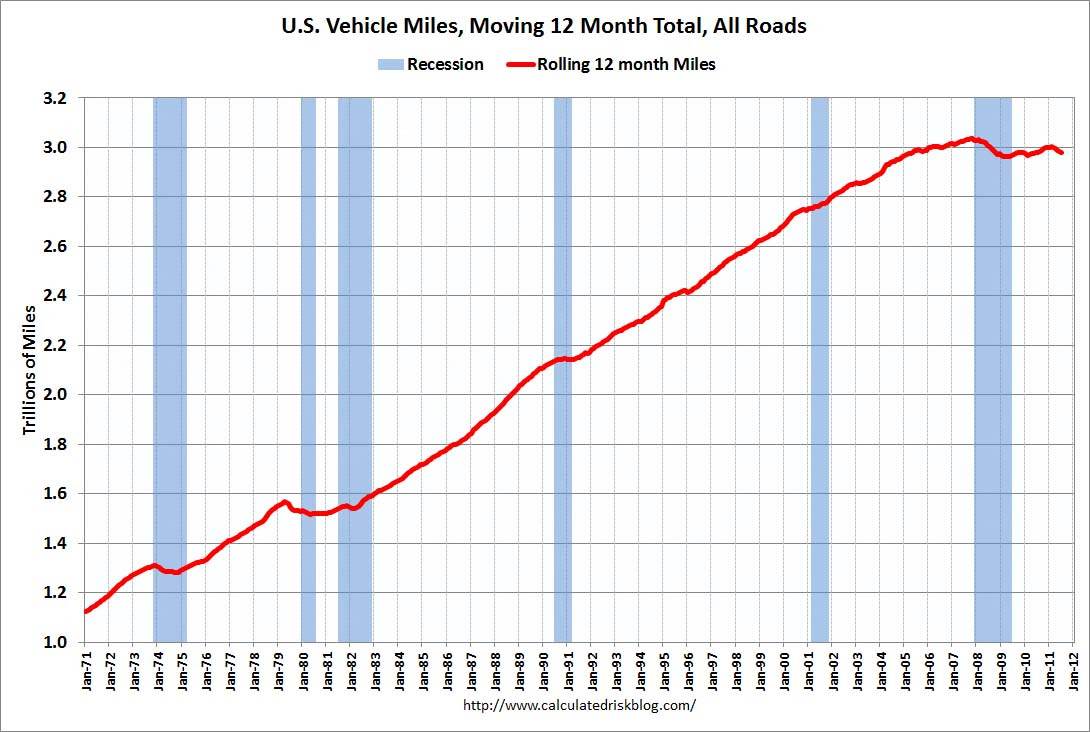 I don't expect to keep my miles driven this low between now and December, as I have at least two meetings each month that I have make special drives for and the weather will be getting colder, which means I'm more likely to drive the three-quarters of a mile to the nearest grocery store instead of walking there, something I've insisted on doing whenever I have the opportunity, much to my wife's amazement.

I told you I was in a mood to blog about driving tonight. Now you know why.

*I still have to explain that name. At least the Return theme presents me an opening to do so.

**It's important because the last car I owned, Molly the Nissan, died from blowing all nearly all her seals just after she passed 210,000 miles. I hope this car lasts longer.

Crossposted to Dreamwidth and LiveJournal.
Posted by Pinku-Sensei at 10:50 PM