On 'Weimar America' with The Archdruid and his readers 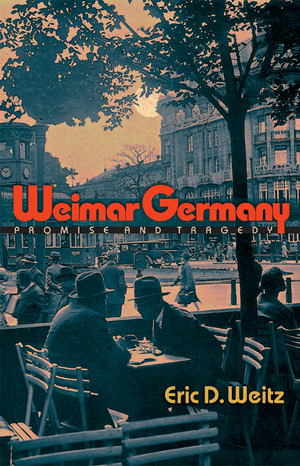 
"Weimar America" is a phrase that is becoming more and more popular, with more than 4000 hits for links that use that exact phrase and millions of hits for links that use both in the same text.  The first page of Google returns results from such reputable sources at Salon, The New Republic, and The American Conservative--oh, and you, too.  All of them seem to be from the current decade.  It's a meme that is in definitely in the air.

Greer isn't the only collapse/Peak Oil blogger to invoke the Weimar Republic.  Kunstler has done so twice, first in We're Weimar and again in Weimar meets Waterloo.  He also freaked out over Sarah Palin as Memorial Day: Enter Hitler, Release 2.0 in his own warning of Fascist takeover, but that's a topic for another day.  Besides, he was wrong.  Back to Greer, whose response struck me as surprisingly hopeful.


Pinku-sensei, that's one of the few reassuring things I can think of about all this. If a phrase like that has become part of the standard rap of the chattering classes, we probably don't have to worry about it as much.

Dwig followed up to both of us by listing the sources for the use of the phrase.


Out of curiosity, I did a search for it. Here's a few of the sites, with ideological labels attached, based on what I saw at the sties. (Yes, I know, don't put much weight on them, but it does give a pretty good indication that it's not just one group's obsession.)

The New Republic is more liberal or centrist than conservative, but otherwise it's a good analysis of the sources.

Greer appreciated the list, writing "Dwig, fascinating. Thanks for the leads."  I hope all my readers found them useful, too.

I'll return in the future with more on The Archdruid on Fascism and the future, including comments on what constitutes Left and Right, observations on his scenario of a fascist takeover, and an aside on the LaRouche movement.  Given the way I operate, I'll probably get to that last one first.  LaRouche's disciples are in the news this election season, including a return engagement of the one I encountered in A-10s on parade.  Stay tuned.
Posted by Pinku-Sensei at 11:20 AM