What The Archdruid ignored in 'Mentats wanted' 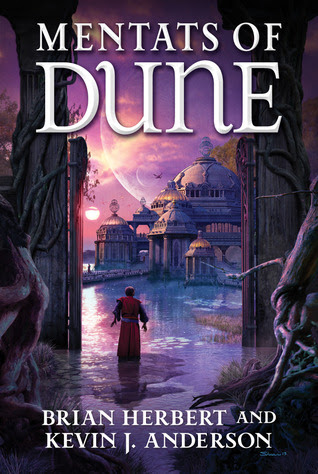 In The Archdruid and I talk real estate, I mentioned that I commented about more than just real estate and would talk about it later.


Greer and I got into a side conversation in the comments to Mentats Wanted, Will Train--real estate.  Even though I had plenty of things to say about the main topic, that's what he responded to.
...
I'll get back to the rest of the conversation...later.

As I type this, I'm waiting for the comment about the death of Michael Ruppert I left at Greer's most recent entry, The End of Employment, to make it through moderation.  Waiting is reminding me of the points I made that weren't addressed two weeks ago, so I feel now is an appropriate time to post them.  Follow over the jump.

Here's the first comment of Greer's that I thought worthy of a response.  It was the punchline to several paragraphs exposing the idiocy of a lot of official response to the crisis in the Ukraine.*


[A] remarkably large number of Americans, including the leaders of our country and the movers and shakers of our public opinion, are so inept at the elementary skills of thinking that they can’t tell the difference between mouthing a platitude and having a clue.

I had heard something on the way into work that I thought applied to what Greer wrote.


The CIA and others inside the intelligence community are starting to realize this and are look at ordinary Americans to see if they can find better.


For the past three years, Rich and 3,000 other average people have been quietly making probability estimates about everything from Venezuelan gas subsidies to North Korean politics as part of the Good Judgment Project, an experiment put together by three well-known psychologists and some people inside the intelligence community.

According to one report, the predictions made by the Good Judgment Project are often better even than intelligence analysts with access to classified information, and many of the people involved in the project have been astonished by its success at making accurate predictions.

So You Think You're Smarter Than A CIA Agent.

Looks like they're finding the mentats among us, even though they don't realize that's what they're doing.

At least some Americans can think, even if they're only being what's called intuitive.

Greer elaborated on the modern American inablity to think in his next paragraph.


I suppose this shouldn’t surprise me as much as it does. For decades now, American public life has been dominated by thoughtstoppers of this kind—short, emotionally charged declarative sentences, some of them trivial, some of them incoherent, none of them relevant and all of them offered up as sound bites by politicians, pundits, and ordinary Americans alike, as though they meant something and proved something. The redoubtable H.L. Mencken, writing at a time when such things were not quite as universal in the American mass mind than they have become since then, called them “credos.”  It was an inspired borrowing from the Latin credo, “I believe,” but its relevance extends far beyond the religious sphere.

I responded with a one-liner.


Credos sound like they're on the other side of the same coin that has S. I. Hayakawa's "snarl words" on it.

In case you're wondering where you've seen that phrase on this blog, I quoted a passage from Fascism and the Future, Part One: Up From Newspeak in which Greer defined it in The Archdruid on Fascism, part 1.


These days, to be more precise, the word “fascism” mostly functions as what S.I. Hayakawa used to call a snarl word—a content-free verbal noise that expresses angry emotions and nothing else. One of my readers last week commented that for all practical purposes, the word “fascism” could be replaced in everyday use with “Oogyboogymanism,” and of course he’s quite correct; Aldous Huxley pointed out many years ago that already in his time, the word “fascism” meant no more than “something of which one ought to disapprove.”  When activists on the leftward end of today’s political spectrum insist that the current US government is a fascist regime, they thus mean exactly what their equivalents on the rightward end of the same spectrum mean when they call the current US government a socialist regime: “I hate you.”  It’s a fine example of the way that political discourse nowadays has largely collapsed into verbal noises linked to heated emotional states that drowns out any more useful form of communication.

I thought Greer would appreciate the call back.  If he did, he gave no sign.

Finally, I brought up a topic I first mentioned in November 2011, the Keystone XL Pipeline.


Greer: It may also occur to you—indeed, it may have done so already—that the handwaving about countering Russia is merely an excuse for building the infrastructure needed to export American natural gas to higher-paying global markets, which will send domestic gas prices soaring to stratospheric levels in the years ahead..."

Me: That thought has occurred to me about an analogous project--the Keystone XL pipeline, which will deliver relatively cheap diluted bitumen from Canada to the world market, allowing it to be sold for a higher price, raising the cost of petroleum distillates in the U.S.  That will end the trend of slightly lower prices for oil and gasoline year-over-year that the U.S. has experienced this year and last.

The segment of the Keystone XL pipeline that crosses into the U.S. from Canada has not been approved yet, but neither has it been denied.  Until it is, I stand by my prediction from last December.


Based on prices following a downward-sloping channel for the past three years, I project that the national average won't go above $3.80 or below $3.10 this year.

After that happens, I'm not so sure.

As for protesting the Keystone XL pipeline, I'm not bothering.

I've decided that protesting the concept of the Keystone XL pipeline is futile to the point of being less than useless, as the Canadians would just sell the oil to the Chinese, something the video points out. Therefore, opposing the pipeline as a way of slowing down the exploitation of one of the most carbon dioxide emitting ways of getting oil out of the ground is a waste of time. It's going to be extracted one way or another and opposing the pipeline means that China will benefit from it instead of the U.S. Meanwhile, the global commons will still suffer.

I wrote that before the Canadian decision to abandon Kyoto, which means I shouldn't have been surprised with the decision. What Canada did was perfectly consistent with what I wrote back in November. They're bound and determined to extract the oil out of the Alberta tar sands and to Hell with the rest of the planet.

It's a dumb idea that's going to hurt Americans, and it's still likely to happen.

As for my comment, it still hasn't made it through moderation.  Then again, neither has anyone else's from the past four hours, so I'm sure I'm in good company.  I'll check again in the morning.

ETA: Within minutes after posting this, the comment went through.  I know it's just a coincidence, but it's the kind that stimulates my confirmation bias that whining pays off.

*Hello Ukrainian readers!  I know you're out there, as I can see you in my stats.  Right now, you're second only to the Chinese among foreign readers of this blog during the past month.  For that, you deserve recognition.