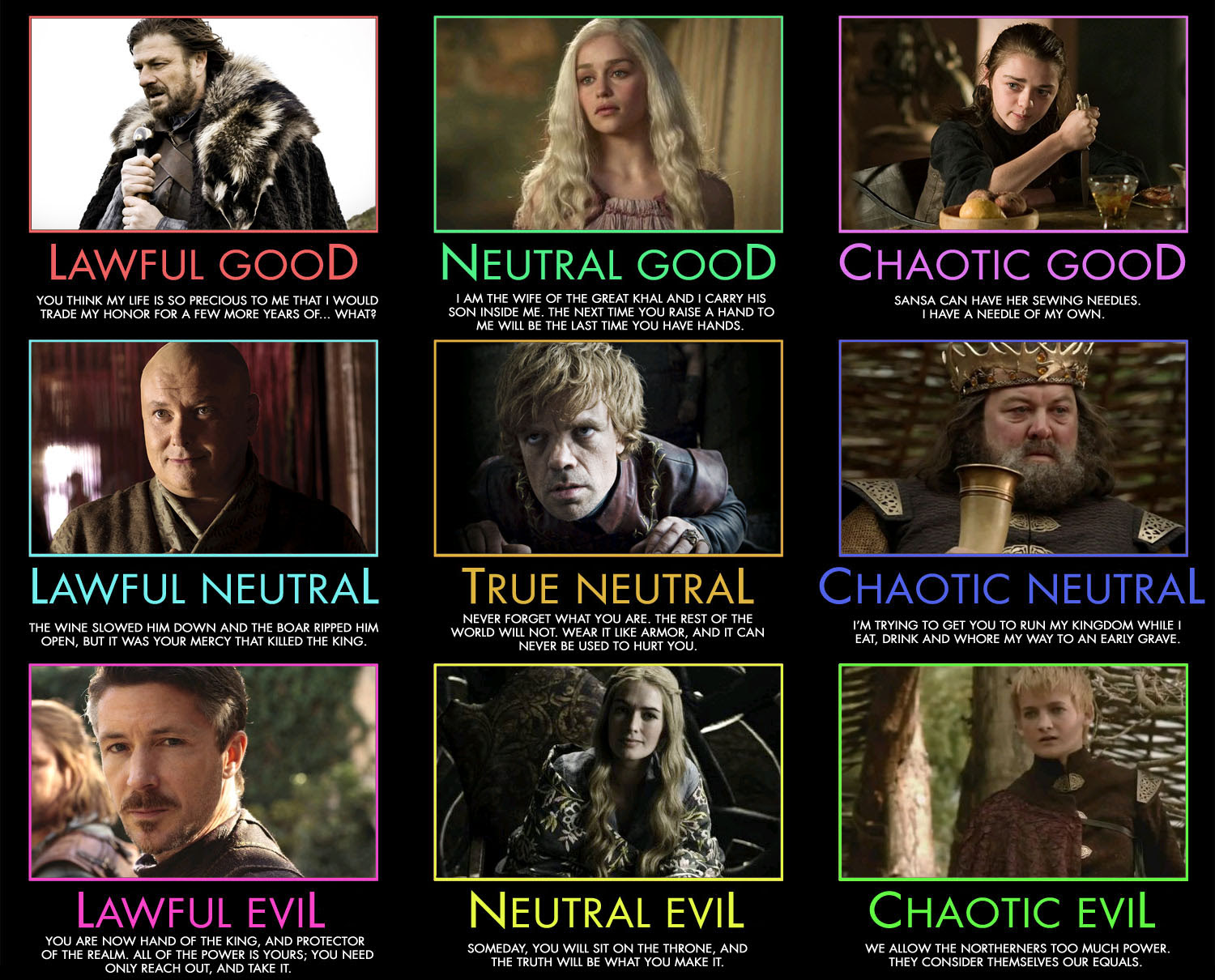 For tonight's collapse-and-decline-themed entertainment entry, I update the most popular entry posted during the second year of Crazy Eddie's Motie News and the third most popular entry of all time so far, Dungeons and Dragons alignments for Game of Thrones characters.  I was inspired by the premiere of Season 4 of Game of Thrones tonight and also by the conversation I had in the comments of the original entry.*


Lindsay: Hmm. I would've put Tyrion at Neutral Good, and I'm not sure I'd give Cersei or Littlefinger an Evil alignment. Cersei seems more Chaotic Neutral to me, particularly the "amoral, selfish asshole" subtype of Chaotic Neutral. I have no idea where to put Littlefinger.

Brienne of Tarth, my favorite character, is obviously Lawful Good.

Jaime Lannister changes about midway through the series so far ... on the Good/Evil axis he moves more toward Good, although I don't know that he changes much on Law/Chaos.

Definitely agree that Varys is Lawful Neutral. I'd also say that Doran Martell is a good example of that rather tricky alignment. (At least, *I* find it hard to figure out.)

Me: The thing about this table is that it's entirely for the first season. Later seasons, which feature different characters as well as showing character development of the survivors from the first season (Poor Ned Stark--even without reading the books, the casting of Sean Bean should have been a giveaway that he'd die at the end of the first book) result in alignment charts by the same creators as this one that look more like what you think. I should post them in a follow up.

From Mighty God King, the same source originally used for Season 1 via io9, are the charts for Seasons 2 and 3.  First, Season 2. 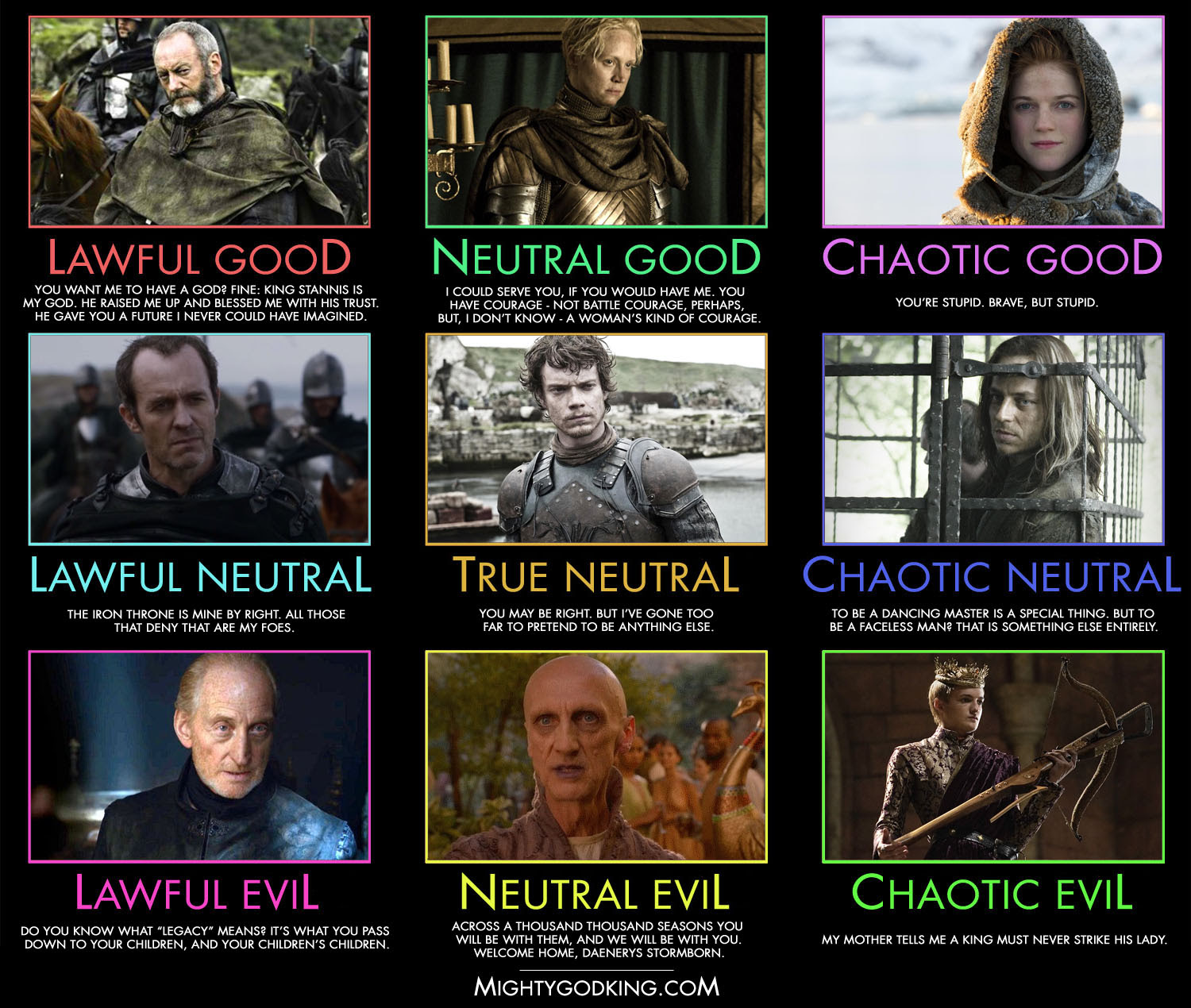 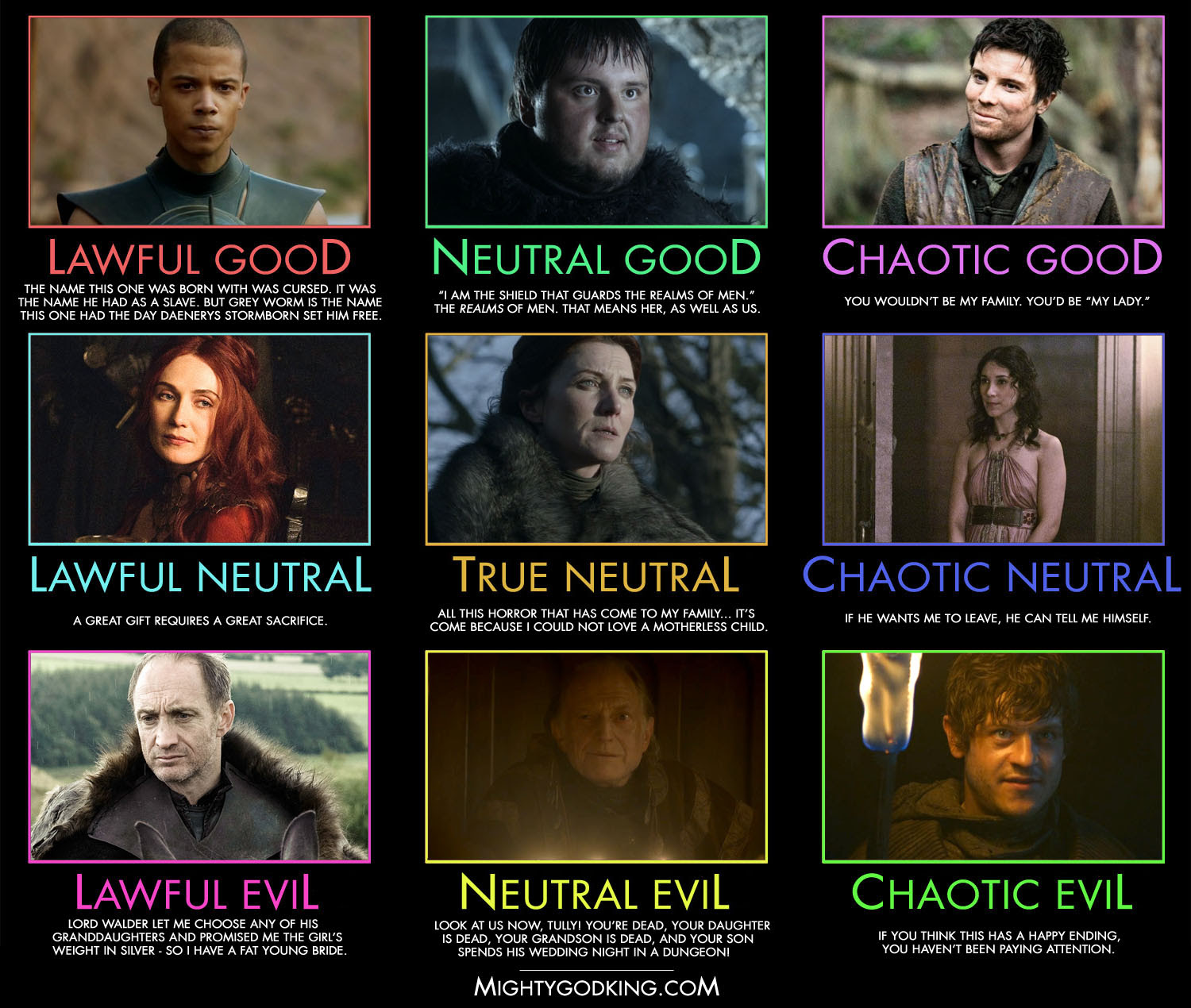 I'm looking forward to the chart for Season 4 already.

*I was also a bit worn out from writing My readers love to write comments about pets here and Overnight News Digest: Science Saturday (Ocean inside Enceladus) at Daily Kos, so I was looking for an easy entry to write.  I found one.
Posted by Pinku-Sensei at 7:00 PM