More on Game of Thrones names 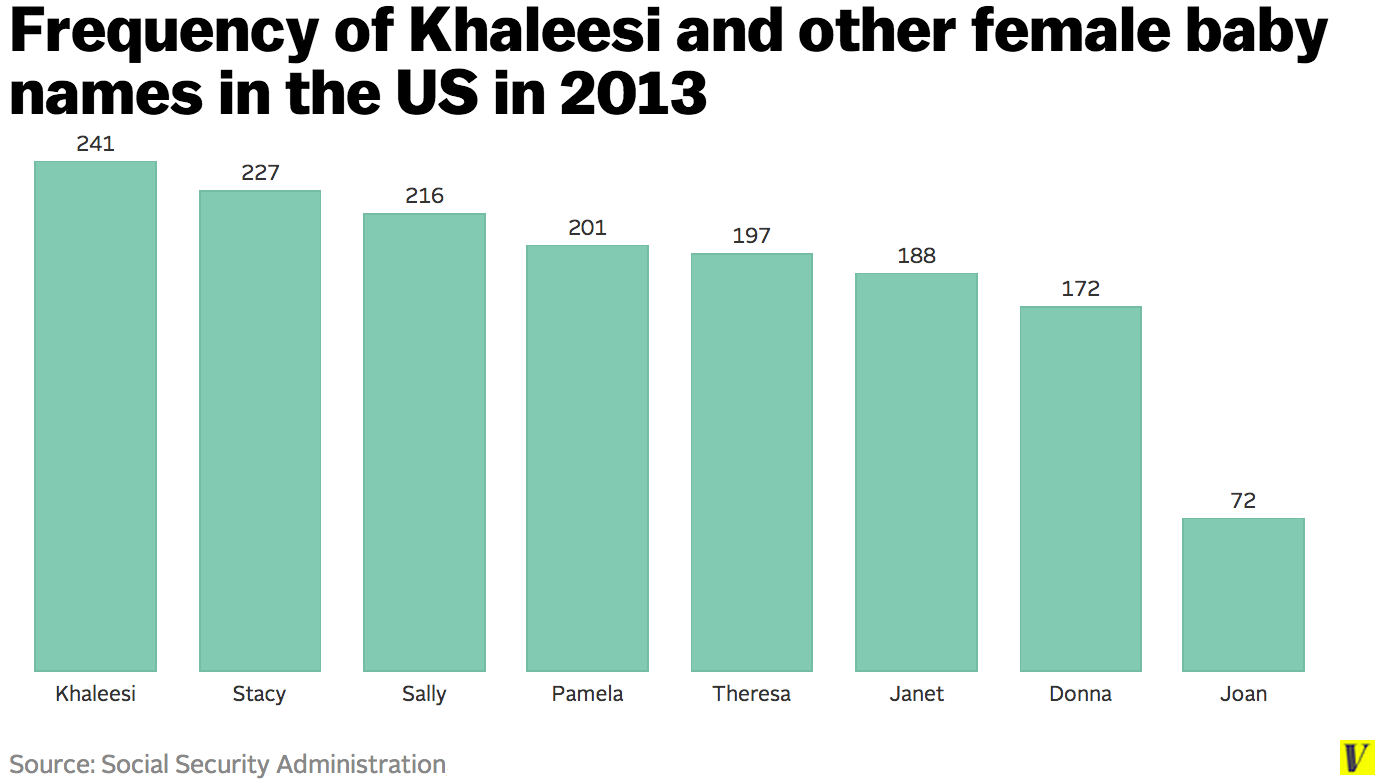 For my usual Sunday entertainment-themed entry, I'm going to stick to celebrating Mother's Day by following up on Game of Thrones--names, geology, and security theater with an update about names from Vox.


A month ago, we tracked a handful of names from fantasy and sci-fi series (Khaleesi and Arya from Game of Thrones, Hermione, Sirius, and Draco from Harry Potter, and Katniss from The Hunger Games); unsurprisingly, the names' popularity tracked that of the series they come from pretty well.

Today, the Social Security Administration released name data from last year, and Khaleesi and Arya are doing as well as ever. There were 241 Khaleesis born in 2013, up from 146 in 2012 (a 65 percent jump). That puts the name above the likes of Stacy, Pamela, Janet, and Joan...


The fastest riser for girls in 2012 was Arya, the name of a beloved character in the "Game of Thrones" series on HBO.

According to Vox, "Arya tied with Madeleine and bested Amanda, Phoebe, Helen, and Karen."  Welcome to the power of pop culture!
Posted by Pinku-Sensei at 2:45 PM