Teeth and jaws of our inner fish 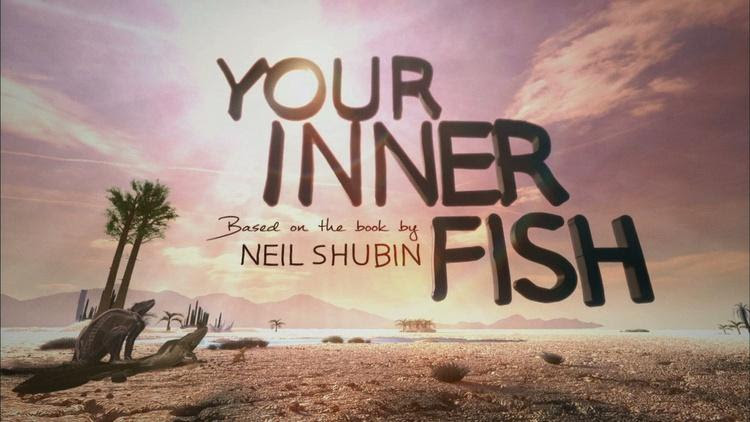 I had heard about this series but only watched the third episode.  Based on that alone, I recommended it to my students in biodiversity.  One of them watched all three episodes online and submitted reports on them.  That was enough to make me watch the clips on PBS's YouTube channel.  One of them was so good that I showed it to my other students as an example of both embryological evidence for evolution and fossil evidence for evolution.  Here is that clip, We Hear With The Bones That Reptiles Eat With.

Our ears are much more sensitive than most reptiles', due to the tiniest bones in the human body. But where did these bones come from? Evolutionary biologists Karen Sears and Neil Shubin show us evidence of their connection to the bones of ancient reptilian jaws.

Cool stuff.  Not only does it show a whole host of intermediate forms, but it introduces important characteristics of mammals.

If I'm going to talk about jaws, I'll also talk about teeth.  Here's The Evolution of your Teeth from Your Inner Fish.

The molars, incisors, and canines that fill your mouth have a deep evolutionary history. Join paleontologists Roger Smith and Neil Shubin as they trace the history of your teeth back to fearsome beasts that lived over 200 million years ago.

That's not all.  There's also What Can Fossil Teeth Tell Us?

You may not think there's much insight to be gleaned from a tooth, but paleontologist Neil Shubin shows us that's not the case. As he demonstrates with a collection of skeletons, teeth contain an incredible amount of information about how an animal lives its life.

By the way, these videos speak to me not just because my student watched them and wrote about them, leading me to show one of them to my biodiversity class, but because I have had a terrible toothache this week, one bad enough to convince me to go to the dentist.  As a result, I'm going to have a root canal next week.  I'm actually looking forward to it.  It can't be worse than the toothache and it will cure it, after a fashion.   Wish me luck with my organs of nourishment!
Posted by Pinku-Sensei at 2:00 AM