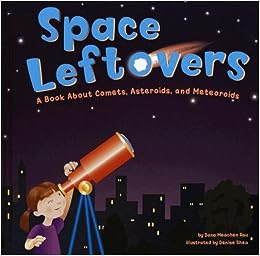 It's time to be a good environmentalist and reuse the space news leftovers meme.  This week, after sharing the best of last week's space news from Overnight News Digest: Science Saturday (100% of California in drought) in Nourish: Growing lettuce on the ISS, Large meteor explosions more common than thought, and Earth Day on and above the planet, I still have a full meal of leftovers to serve before I collect this week's space news.  Nourish your curiosity (or be nourished by Curiosity, as the case may be) on them, beginning with NASA via Science Daily: Asteroids as seen from Mars -- A Curiosity rover first published April 24, 2014.


A new image from NASA's Curiosity Mars rover is the first ever from the surface of Mars to show an asteroid, and it shows two: Ceres and Vesta. These two -- the largest and third-largest bodies in the asteroid belt between Mars and Jupiter -- are the destinations of NASA's Dawn mission. Dawn orbited Vesta in 2011 and 2012, and is on its way to begin orbiting Ceres next year. Ceres is a dwarf planet, as well as an asteroid. 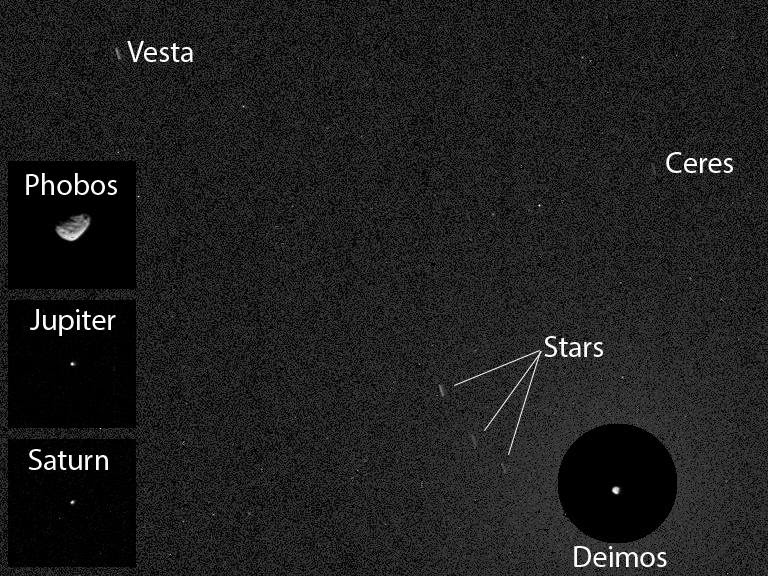 That's the most recent news.  For what's still to come, JPL/NASA presents LDSD: We Brake for Mars.

Follow over the jump for Earth from space and space research that helps people on Earth.


Sitting incongruously among the hangars and laboratories of NASA’s Ames Research Center in Silicon Valley is the squat facade of an old McDonald’s. You won’t get a burger there, though–its cash registers and soft-serve machines have given way to old tape drives and modern computers run by a rogue team of hacker engineers who’ve rechristened the place McMoon’s. These self-described techno-archaeologists have been on a mission to recover and digitize forgotten photos taken in the ‘60s by a quintet of scuttled lunar satellites.

The Lunar Orbiter Image Recovery Project has since 2007 brought some 2,000 pictures back from 1,500 analog data tapes. They contain the first high-resolution photographs ever taken from behind the lunar horizon, including the first photo of an earthrise (first slide above). Thanks to the technical savvy and DIY engineering of the team at LOIRP, it’s being seen at a higher resolution than was ever previously possible.

Next, Ohio State University via Science Daily has news of science in space that will help people on Earth in Cardiothoracic surgeon launches research into space.


When an unmanned supply mission launched into space on April 18, bound for the International Space Station, it meant something extraordinary to Dr. Peter Lee, a cardiothoracic surgeon at The Ohio State University Wexner Medical Center. That's because his research experiment is on board.

Lee has been fascinated by space exploration since he was a child. Now, that fascination has evolved into a passion for space medicine and learning about the effects of space travel on the heart.

"It's more than the joy ride of traveling in space. I don't have to do that. What excites me is being a part of the science, the learning and the research," Lee said.


A study of Cold War spy-satellite photos has tripled the number of known archaeological sites across the Middle East, revealing thousands of ancient cities, roads, canals, and other ruins.

Finally, some real space news leftovers from DarkSyde on Daily Kos: This week in science: Calentamiento de la Tierra.  Look for more about Large meteor explosions more common than thought as well as the merits of the U.S. redeveloping its ability to transport humans to space versus sending money to Putin the Brony on His Little Pony.

That concludes this week's space news.  It only took four installments!
Posted by Pinku-Sensei at 5:09 PM