Judge Doom and the Red Car 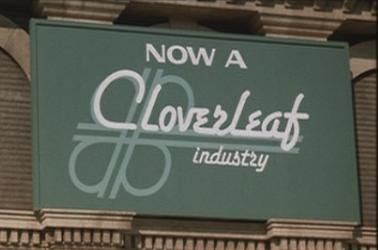 Time to dispense with two promises.  First, I decided that Blast from the past: Sarah Palin's Naughty Monkey Shoes won't serve as my collapse-and-decline-related entertainment entry for today, even though I passed along Kunstler's fear that she might be the "corn pone Hitler" he's predicted first in On 'Weimar America' with The Archdruid and his readers then in The Archdruid on Fascism, part 2.  Second, I'm not going to look ahead to the upcoming TV season this week as I said I might in 'Breaking Bad' goes out on top.  Instead, I bring my readers Judge Doom's Plot to Destroy Public Transit.

My favorite thing about this movie is that the villain's evil plot is to bring about car culture in America. Watch and giggle/shiver. Read about Pacific City Lines, National City Lines, and the Great American Streetcar Scandal if you'd like to know more about its historical parallels.

Believe it or not, I mention this very scene in class.  Follow over the jump for the context.

This is the silly answer to the following question in the Environmental Science version of my worksheet for "The End of Suburbia", which is not among those listed in Guide to entries that contain answers to 'The End of Suburbia'.

6. How did the auto companies contribute to the demise of streetcars and the rise of cars and roads as the primary transportation system?

No, Judge Doom's plot is not the answer. However, it was a piece of serious social commentary buried in the middle of a surreal half-animated detective story.  I recognized it immediately as a funhouse-mirror version of reality.  Here's what the Disney Wikia has to say about Cloverleaf Industries.

Cloverleaf Industries is a fictional transit company appearing in the 1988 Touchstone Pictures film, Who Framed Roger Rabbit. Cloverleaf is inspired by the companies of the Great American streetcar scandal and the rise of the Southern California freeway system.

Cloverleaf is owned by the Judge Doom, the corrupt, evil, Toon-hating judge of Toontown. In 1947, Doom uses Cloverleaf to acquire the Pacific Electric Railway, a large interurban mass transit system utilizing electric streetcars ("Red Cars"), connecting cities in the counties of Los Angeles, Orange, Riverside, and San Bernardino. Doom's intention is to dismantle Pacific Electric in order for his company to plan and construct a network of large highways called "freeways."

Again, that's  the silly answer, as the question asks about the auto companies' role.  This is the serious answer.

Cloverleaf is based on the real-life National City Lines, a front company controlled by major American automotive and oil companies such as General Motors, which acquired streetcar and electric rail lines across the United States and replaced them with bus lines in order to monopolize the sales of buses. In the early 1950s, the opening of several new freeways in the Los Angeles area led to declining ridership, which led Pacific Electric to shut down several of its rail lines. While Pacific Electric never fell into the hands of NCL, Pacific Electric's rail service was sold off in 1953 to Metropolitan Coach Lines, a company which, like NCL, wanted to convert all rail service to bus service as quickly as possible. More lines shut down in 1954 and 1955, as freeways such as Interstate 5 neared completion.

The movie adds Firestone and Standard Oil to the list of culprits, but they aren't auto companies, so mentioning them is optional.

In 1958, the State of California took control of Pacific Electric through its Public Utility Commission. On April 9, 1961, the Pacific Electric Railway's last remaining rail line, which ran from Los Angeles to Long Beach, carried its last passengers. It was subsequently replaced by a bus line.

One of the great ironies of this history is that the first light rail line to be reestablished ran between downtown Los Angeles and Long Beach.  I should know; I worked on the first leg of the L.A. Subway and saw that light rail line being built, even walked down its right of way for a hundred yards or so.

By the way, here's what the Pacific Electric Railway looked like at its zenith. 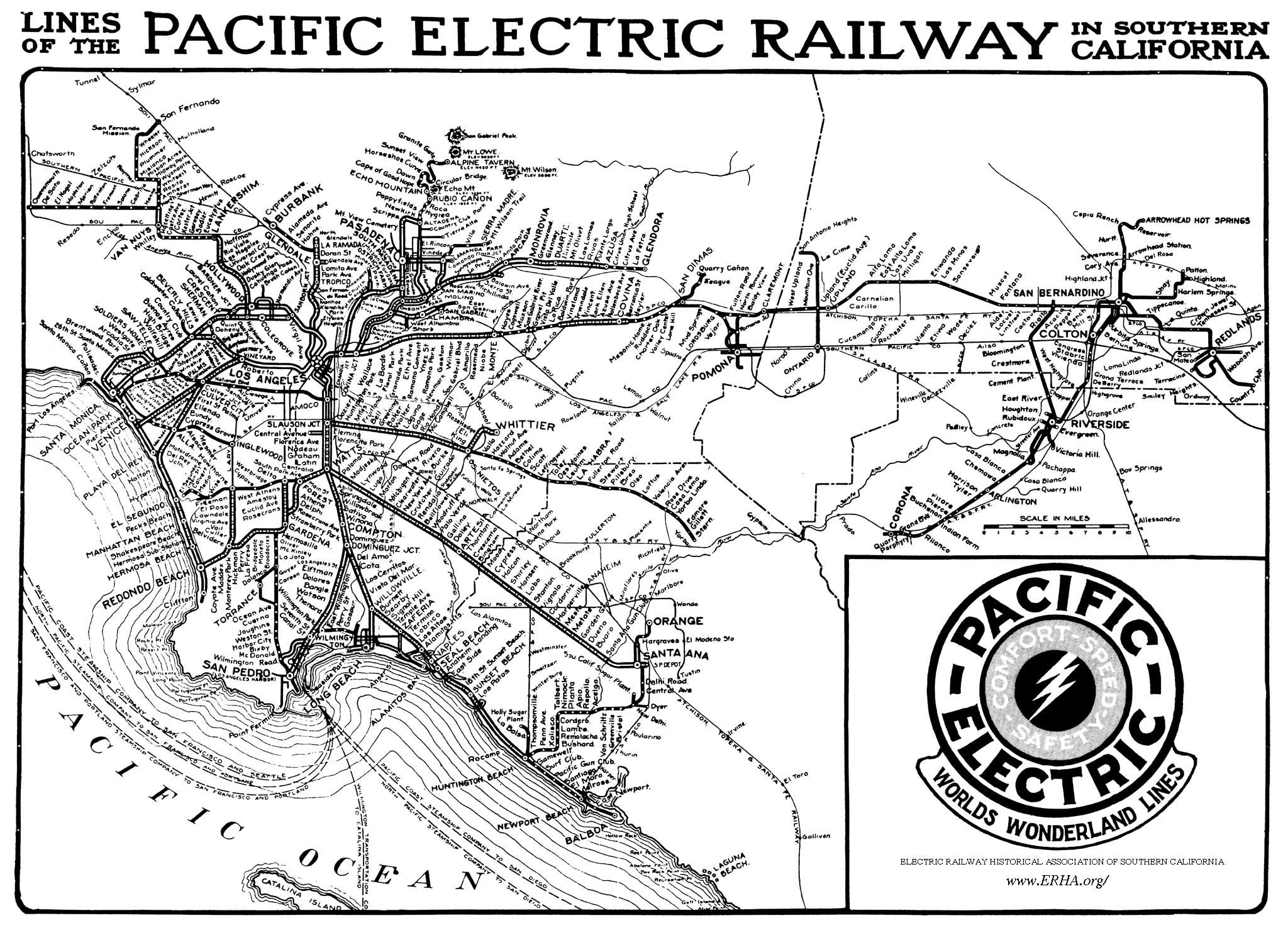 This is what its replacement, the Los Angeles Metro Rail, looks like now. 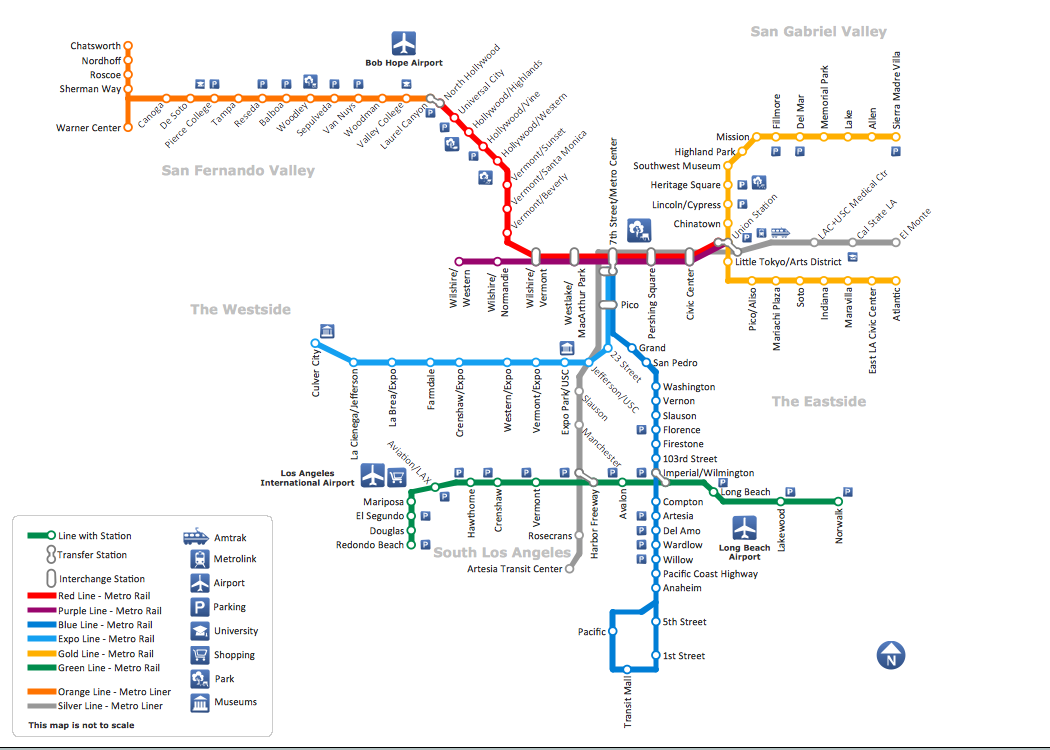 And here's what the most optimistic version of what it will eventually become. 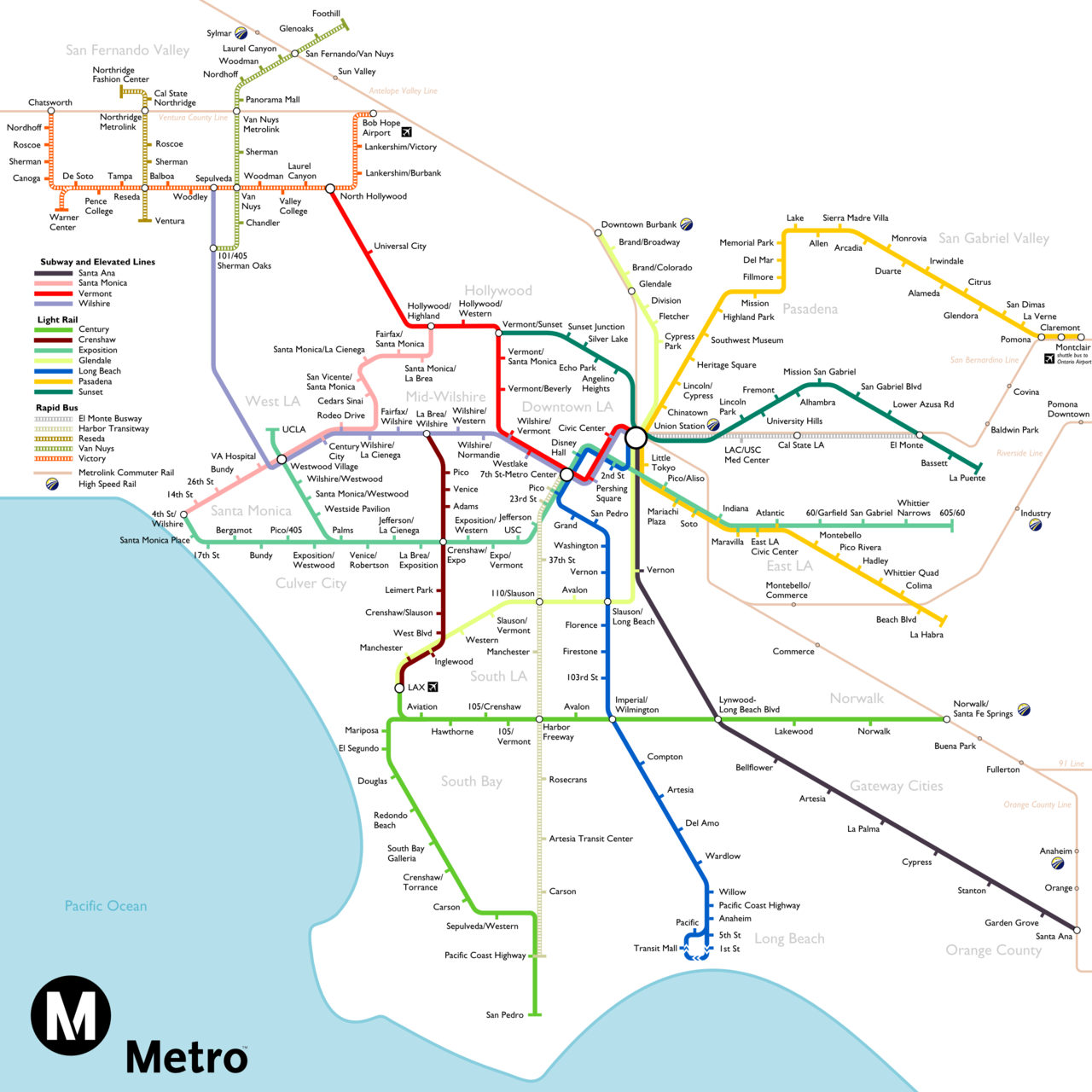 Even the best version will not be as extensive as what was lost more than 50 years ago.  Sometimes, even "back to the future" isn't enough.