Second outbreak of Ebola in Congo and other Ebola news

This month's Nablopomo theme is Heal.  I'll get around to posting the usual entry about the theme later.  Right now, I'm going to focus on one aspect of that theme, health and disease, and the number one health story I'm covering in this blog is the Ebola outbreak.

I lead with this story from Reuters, which I first posted here as part of War, Death, and Destruction from Reuters for August 25, 2014.  Hey, I'm an environmentalist, I recycle.

(Reuters) - Democratic Republic of Congo declared an Ebola outbreak in its northern Equateur province on Sunday after two out of eight cases tested came back positive for the deadly virus, Health Minister Felix Kabange Numbi said.

A mysterious disease has killed dozens of people in Equateur in recent weeks but the World Health Organization had said on Thursday it was not Ebola.

"I declare an Ebola epidemic in the region of Djera, in the territory of Boende in the province of Equateur," Kabange Numbi told a news conference.

This is likely a second outbreak, not a spread of the original one.

Next, Discovery News asks How Does Ebola Kill You?

The current ebola outbreak is the deadliest one in history. How exactly does this virus kill? Trace explains how the virus itself doesn’t kill people.

So the virus turns our own immune system against us.  Lovely.

As if that wasn't disturbing enough, Michaeleen Doucleff of NPR via Minnesota Public Radio reported that Ebola is rapidly mutating as it spreads across West Africa.

For the first time, scientists have been able to follow the spread of an Ebola outbreak almost in real time, by sequencing the virus' genome from people in Sierra Leone.

The findings, published Thursday in the journal Science, offer new insights into how the outbreak started in West Africa and how fast the virus is mutating.

An international team of researchers sequenced 99 Ebola genomes, with extremely high accuracy, from 78 people diagnosed with Ebola in Sierra Leone in June.

At least the science is progressing almost as quickly as the epidemic.

So concludes this week's installment of the saga of Ebola, the Red Death.  Stay tuned for more updates as the outbreaks continue. 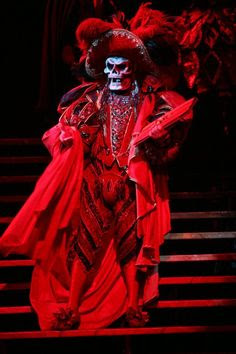