Speculative fiction did well at last night's Critics' Choice Awards, winning a total of eight movie awards.  The most honored was "Deadpool," which earned two Critics' Choice Awards for Best Comedy and Best Actor in a Comedy for Ryan Renolds plus a bonus award for Reynolds as Entertainment Weekly's Entertainer of the Year.  Here is Reynolds accepting that last trophy, which actually happened very early in the evening.

Reynolds returned to the stage to accept Best Actor in a Comedy.

Ryan Reynolds accepts the award for Best Actor in a Comedy for his work in "Deadpool," presented by Cuba Gooding, Jr. and Nia Long, at the 22nd Annual Critics' Choice Awards (December 2016).

He returned to the stage a third time for the presentation of the Best Comedy award, but this time he didn't say anything.

Simon Kinberg and Ryan Reynolds accepts the award for Best Comedy on behalf of the cast and crew of "Deadpool," presented by Jim Parsons, at the 22nd Annual Critics' Choice Awards (December 2016).

That was better than I expected for "Deadpool," as I made no predictions about the movie's chances last week.  The best I can say was that I expected "Hacksaw Ridge" to win Best Action Movie, which it did.  Just the same, congratulations to "Deadpool" and Ryan Reynolds.  Everyone drink in their honor!

Follow over the jump for the rest of the winners in speculative fiction on both the big and small screens. My predictions about the prospects for "Arrival" were on target.

I'd say the favorite in this group is "Arrival."  Not only was it nominated in this category, it was nominated in nine others, including Best Picture, Best Actress (Amy Adams), Best Director (Denis Villeneuve), Best Adapted Screenplay, Best Cinematography, Best Production Design, Best Editing, Best Visual Effects, and Best Score (Jóhann Jóhannsson).  If a picture is nominated in a genre category and it's also the only also nominated for Best Picture, that's a clear sign the critics love it.  However, it probably won't win Best Picture, as it tied with "Moonlight" and has two nominations fewer than "La La Land."  One of those two, probably "Moonlight," will likely walk away with the trophy next Sunday.

Sure enough, "Arrival" won Best Sci-Fi/Horror Movie as well as Best Adapted Screenplay, but not Best Picture.  That went to La La Land, which earned eight awards.  Looks like the musical comedy with well-known stars was more popular with the critics than the independent coming of age drama with a cast of relative unknowns, although "Moonlight" won Best Supporting Actor and Best Acting Ensemble.

I don't have a clip of anyone from "Arrival" accepting their awards, but I do have one of its star Amy Adams on the red carpet.

"Arrival" star Amy Adams explains why her daughter is policing her wardrobe on the red carpet at the 22nd Annual Critics' Choice Awards (December 2016).

The rest of the speculative fiction movies won one award each.   Margot Robbie won Best Actress in an Action Movie for her role as Harley Quinn in "Suicide Squad," "The Jungle Book" won for Best Special Effects, and "Zootopia" won for Best Animated Feature.  Of all those, A&E only has a clip of the producers of "Zootopia" accepting its award.

Regarding the conversations the director wanted families to have, read the quotes from Vox in 'Zootopia' remains on top of the box office for a second week after displacing 'Deadpool'.  Also, have a drinks for Margo Robbie as Harley Quinn.  I suggest my readers do so in conjunction with the Deadpool shots.  Harley and Wade make a cute couple, even if they will never be together on the big screen. 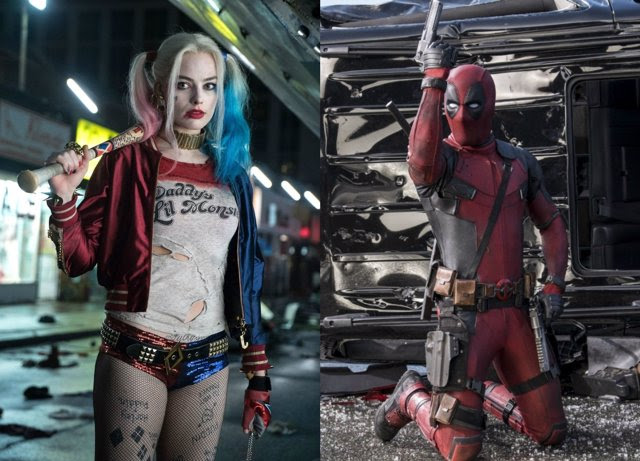 That's it for today.  Stay tuned for the speculative fiction winners on television tomorrow.