Keith Olbermann airs his grievances about Donald Trump for Festivus 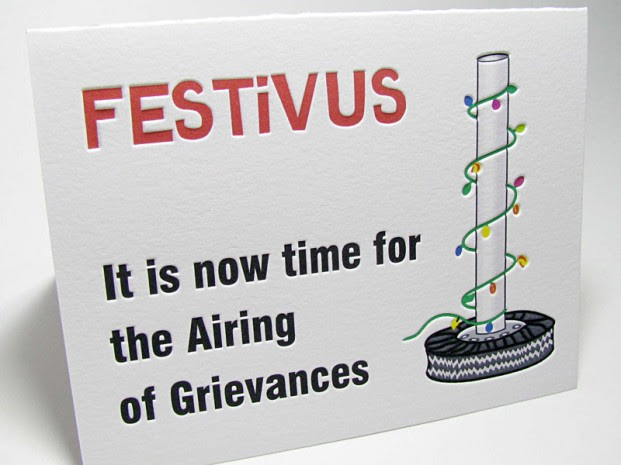 Happy Festivus, time for airing of grievances and feats of strength!  A year ago, I thought I might do something with the aluminum Festivus pole.  That's not happening.*  Instead, I decided yesterday to return to airing of grievances.  I can think of no one better at it right now than Keith Olbermann.  GQ uploaded two videos of Keith ranting this week to the magazine's YouTube channel.  Trump and Putin's Bad Bromance and Trump's Cabinet of Deplorables play supporting roles in both.  The star, of course, is Trump himself.

First, Keith's response to Trump's winning the vote in the Electoral College: So What Are We Supposed to Do Now?.

The Electoral College has affirmed Donald Trump as our 45th President. Here’s what you can do about it.

Next, How Our New Corporate Overlords Plan to Thrive.

The part-time president and the plot to pilfer Social Security.

That's quite an airing of grievances.

*I originally put the idea of featuring the aluminum pole in the context of a drum corps Festivus.  It turned out three drum corps, the Santa Clara Vanguard, Mandarins, and Oregon Crusaders, all used fake trees, either aluminum or fiberglass, in their shows this year.  I'll be a good environmentalist and use them for May Day.  I don't just recycle; I conserve my resources and reuse them, too.
Posted by Pinku-Sensei at 11:05 AM