Speculative fiction on television for 2016 at the Critics' Choice Awards 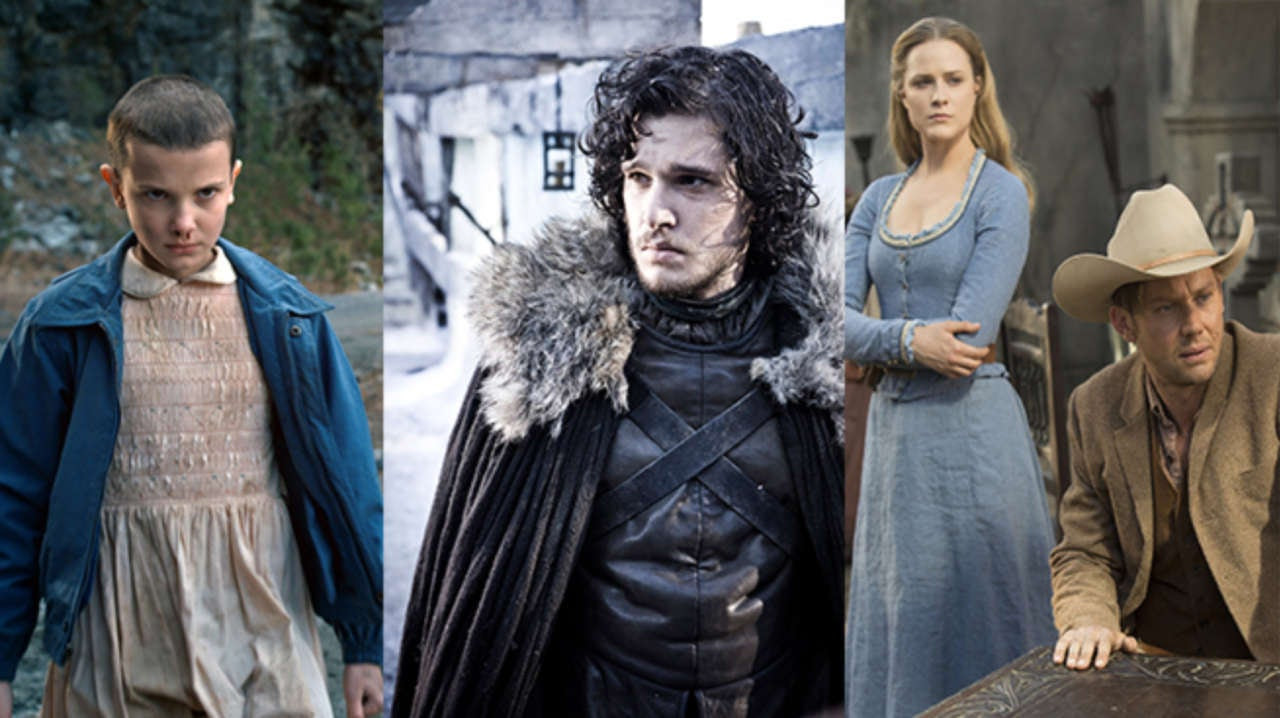 I originally concluded Michigan recount still on as Trump fails to stop it while Schuette still trying with my plans to make the entire weekend about entertainment.

Unlike Teen ChoiceAwards and the People's Choice Awards, the Critics' Choice Television Awards don't recognize speculative fiction shows separately from other scripted shows (the movie awards do, but that's a story for next time), instead considering them as either drama or comedy.  Usually, that means fewer of them are recognized and they have stiffer competition.  That written, this year's crop of speculative fiction shows did well with the critics, as evidenced by the drama nominees.

Three of the Premium Sci-Fi/Fantasy nominees from the People Choice Awards, "Game of Thrones," "Stranger Things," and "Westworld," showed up here, too.  So did the "sci-fi adjacent" "Mr. Robot, which was nominated for Favorite (Basic) Cable TV Drama at the People's Choice Awards.  All of those prove that quality shows can be popular and critics will recognize popular favorites.  All that would be needed to make me really happy would be if "Outlander" were included.  While the Showtime series didn't get recognized in this category, it did in the next two.  Follow over the jump.

"Outlander" may not have received a Best Drama Series nomination, but both its leads earned nominations.

So did the defending Emmy winners in each category, Rami Malek from "Mr. Robot" and Tatiana Maslany from "Orphan Black."  Joining Balfe and Maslany is Evan Rachel Wood from "Westworld," who called the show "the acting Olympics."  Looks like the critics recognized her efforts.  With half the nominations in the Best Actress category, the critics also demonstrated that acting in speculative fiction can be just as artistic and demanding as in mainstream drama.

Speculative fiction did well in the supporting roles as well.

The four nominations for supporting roles in "Game of Thrones" come as no surprise; the show has been doing that for years.  Two newcomers, "Mr. Robot" and "Westworld," are joining them.   The one I'm particularly interested in is Thandie Newton for "Westworld."  I've been finding her performance even more riveting than Wood's the past few episodes.

I'll let Wochit Entertainment do my talking for the next category, at least at first: Jeffrey Dean Morgan Nominated For Critics' Choice Award.

It looks like TV critics really enjoy Jeffrey Dean Morgan's performance in "The Walking Dead." The actor has been nominated for a Critics' Choice Award for his role as Negan. His nomination came for 'Best Guest Appearance', regarding his role in the Season six finale. He appeared in the last ten minutes of that episode, which ended with an enormous cliffhanger. Fans now know him as a main character responsible for an infamous death in "the Walking Dead's" new season.

Here is the rest of the field.

Now I have to root for Negan.  Ugh.  There are several reasons why I haven't blogged much about "The Walking Dead" this season and Negan is one of them.

Yes, Will Forte, a Gilligan in the apocalypse for the 21st Century, which makes "The Last Man on Earth" "Gilligan's Island" in the apocalypse, except these castaways both never will and already have been rescued.  He plays another character I love to hate.

Just the same, it's been another good (calendar) year for speculative fiction on television.  My only major disappointment was that the final season of "Penny Dreadful" didn't get any nominations, unlike last year.  Oh, well, I suspect those went to "Orphan Black," "Stranger Things," "Westworld" instead.  If I want to do something about it, I'll have to organize a campaign to get the show and its female lead nominated at the Saturn Awards.  That's a resolution for the new year.

I'm not done with the Critics' Choice Awards.  Stay tuned for the movie nominees tomorrow.