Five years ago, this happened.


As I wrote at the time, "Sorry, Governor, the correct answer was 'What is the Department of Energy?'"

Yesterday, this happened: Rick Perry once wanted to abolish the Energy Department. Trump picked him to run it.


That brain fart ended Perry’s presidential aspirations in 2012. But it wasn’t the end of the story: Donald Trump has reportedly picked Rick Perry to lead the Energy Department, the very agency he once kinda sorta wanted to get rid of. And while it’s not clear that Perry still wants to abolish the DOE, the climate-denying, fossil fuel–loving former governor from Texas is likely to usher in major changes to this key agency.
...
Donald Trump’s transition team, for its part, has generally signaled that it wants to tilt the Energy Department’s focus away from renewables and back toward programs that support oil and gas drilling (and possibly nuclear power). And Rick Perry — an inveterate climate denier who was governor for 15 years of one of America’s most important oil and gas states — is a natural fit to do just that.

I should be more appalled at what Perry's policies are likely to do to the environment, but I can't help but laugh at the sheer irony of Perry as Energy Secretary.  Given what the rest of Trump's Cabinet of Deplorables looks like, Perry looks relatively reasonable, if in a conventionally awful way.  Besides, Ex-Governor Goodhair is a good stuck clock, so he's right twice a day.  After all, he said this about his boss-to-be. 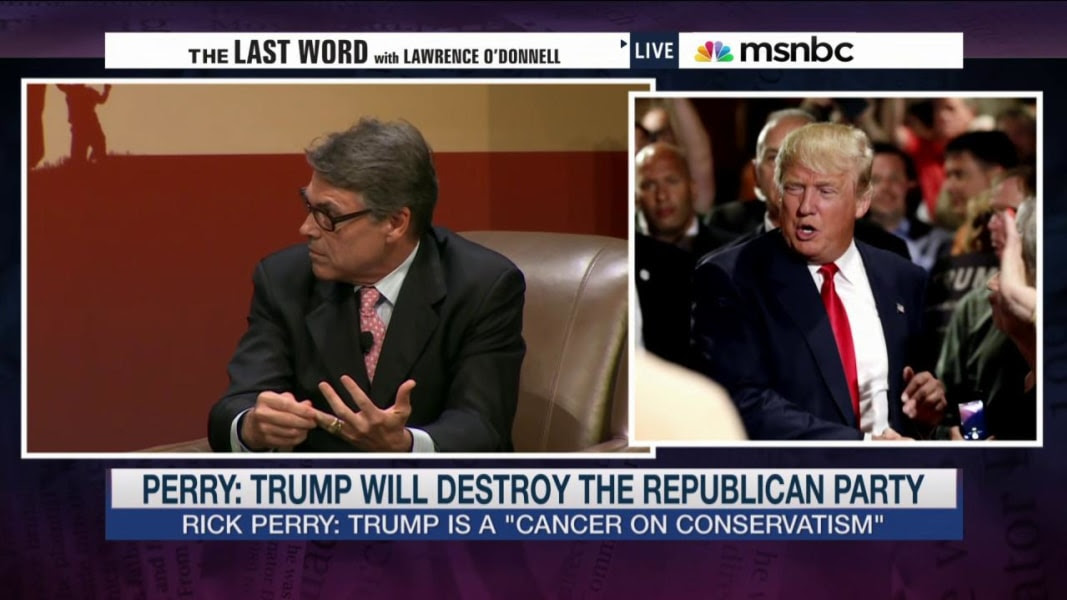 He's still right about both things he said about Trump.  I just hope he remembers them.  I will.
Posted by Pinku-Sensei at 9:35 AM